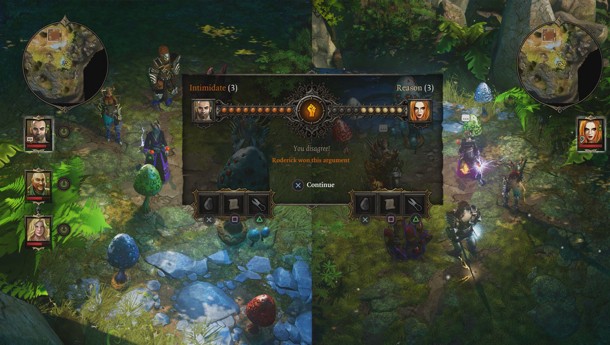 Larian Studios has released a new trailer for the upcoming console version of its 2014 RPG hit Divinity: Original Sin. In addition to all of the things we liked about the PC version, consoles will support online and local split-screen play.

The cooperative options aren’t just adding a second controller to the mix. Players will be able to adventure together or split up entirely without being tethered or hindered.

Those that choose to take advantage of the more competitive aspects of the conversation system can choose their own responses with a Rock, Paper, Scissors match settling the dispute. This functionally gives each of the player characters their own personality while still streamlining relationships between the players and NPCs.

For more on Divinity: Original Sin, check out our original review. You can also check out the game in our Test Chamber. The sequel is currently funding on Kickstarter, exceeding its goal within the first day.