During Sony's E3 presser a few days ago, Disney announced that PlayStation fans would be getting exclusive access to Boba Fett when the game launches. Today, I got a chance to run Mr. Fett through his paces, including a battle against General Grievous.

First things first: While the character is going to be bundled in the Sony-exclusive Star Wars Saga Starter Pack, which includes both Star Wars playsets, along with Ahsoka, Anakin Skywalker, Luke Skywalker, and Princess Leia figures, other players won't be left in the cold. Boba Fett is playable on the other platforms at launch, provided you have the figure. It's a timed exclusive, similar to how PlayStation players had early access to Hulk in Disney Infinity 2.0. Regardless of when you'll be able to play him, there are worse things than being Boba Fett.

In the demo, I played the Geonosis level we saw in our cover story. Instead of Anakin tearing through General Grievous' droid army (and the alien himself), Fett took charge. Combat was simple, but when I focused and timed my melee attacks, I doled out additional damage and flashier moves. Fett's blaster skills are great, too, and going into the over-the-shoulder close-up view made pinpoint targeting a breeze. Younger players can simply tap on the fire button and he'll do the rest, but I was able to pull off even deadlier headshots in aim mode. Fett's also able to use a grapple move, which fires a wrist-mounted cable at an enemy and pulls them within melee range. His finisher takes full advantage of the cable; after pulling them close, he places a stick mine on their chest and then kicks them away. They aren't disintegrated, but they're out of commission. It's a guaranteed kill against virtually everything but bosses.

Fett has one last trick, too, though it's only available in Toy Box mode: His jet packs aren't just for show. While they didn't help him on Jabba's pleasure skiff, they're a great way to quickly soar above the action. Fett's the only Star Wars character who can fly in Disney Infinity 3.0, making him unique among his peers.

After working through the droid factory's miscellaneous obstacles and conveyor belts, I finally face up against Grievous. He runs through several different attack cycles, which hone my dodge abilities. I whittle his health down when he's stunned or open, but I eventually get tired of his nonsense. During my previous encounters, I've charged Fett's special meter to the top. I start jamming on a button, and Fett fires off wave after wave of missiles, which split into several smaller missiles, each with a damaging area of effect. Grievous' minions are vanquished in short order, and Grievous himself is reduced to a sputtering mess. Unfortunately, he runs away like the coward he is. Someone else will have to deal with him later. For now, Fett showed that he's more than just a guy who got knocked into a giant desert mouth.

Just before E3, Disney announced that four Star Wars Rebels characters were coming to the game, too. Read about that here. And for more information on Disney Infinity 3.0, be sure to visit our hub page. 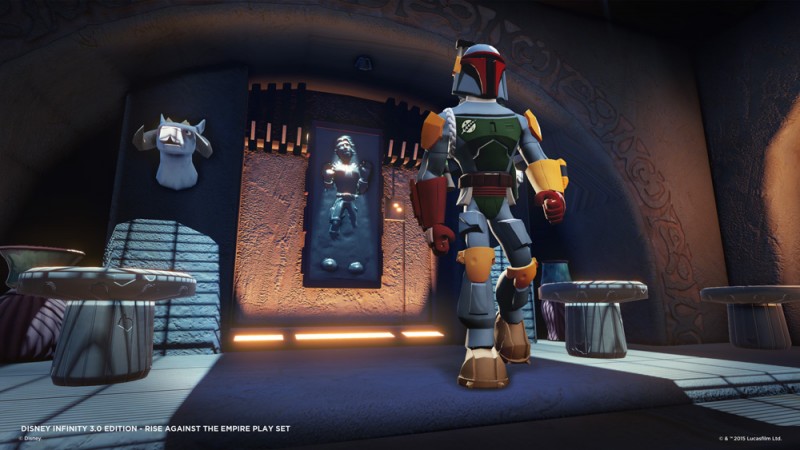 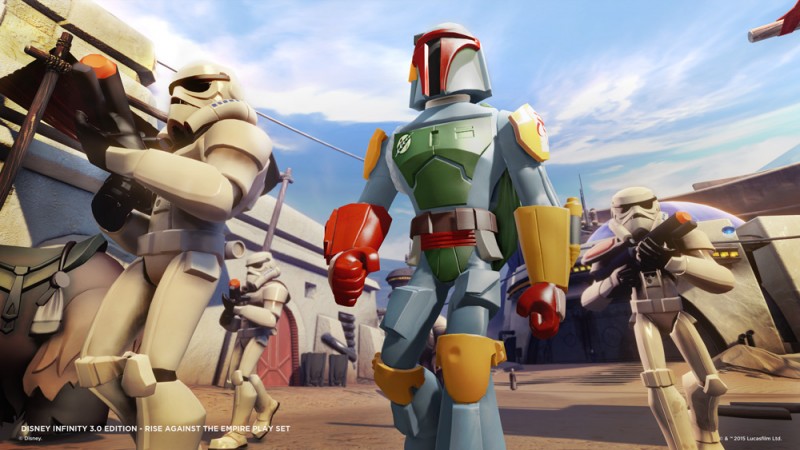 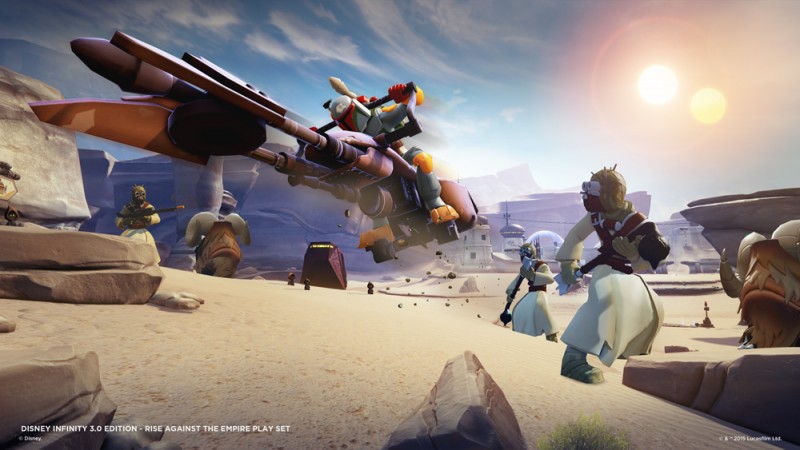 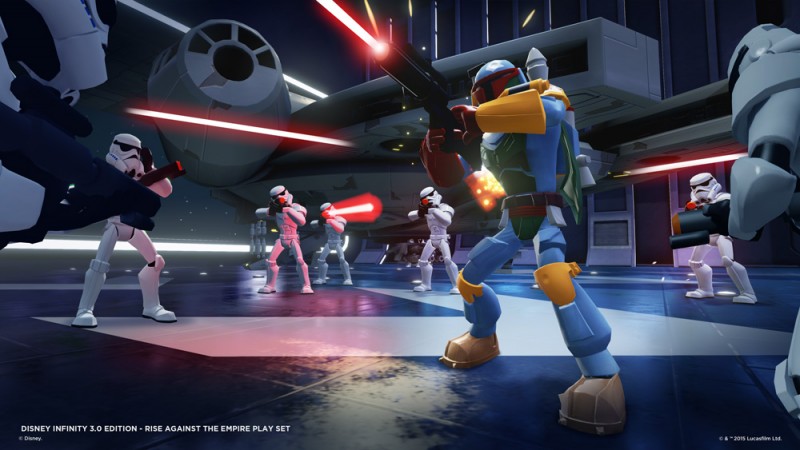