Disney has announced that four characters from the Star Wars Rebels cartoon are joining this year's rosters. The team will be unlockable in all of the Star Wars playsets.

Represented in figure form are Jedi Kanan Jarrus, his padawan Ezra Bridger, demolitions expert Sabine Wren, and tough guy Zeb Orrelios. They are playable in the toy box immediately, but in order to use them in the Twilight of the Republic and Rise Against the Empire playsets, they'll need to be earned.

You can check out some screenshots of the figures an in-game models below. For more on Disney Infinity 3.0, check out our June 2015 coverage hub and an additional preview of the Inside Out playset. 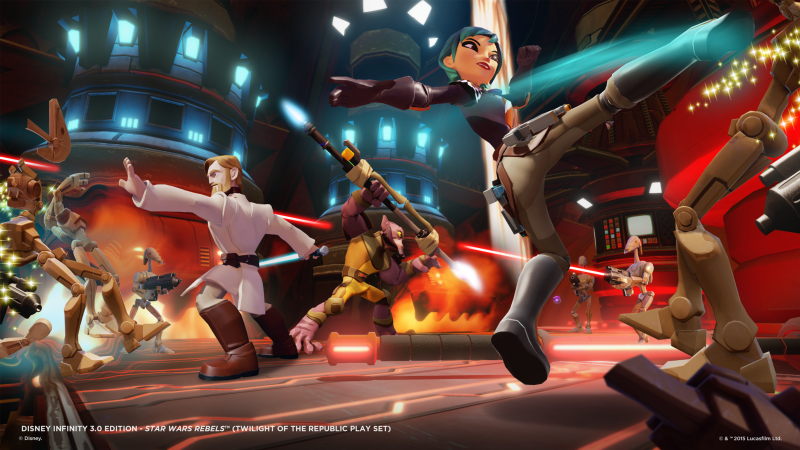