A few months ago, Game Informer's June cover story took a deep (and violent) dive into Dishonored 2, a stealth-action game that allows players to reunite with Corvo Attano, the star of the first Dishonored, or play for the first time as Emily Kaldwin, who was only 10 in the first game, but is now 25. We detailed the differences between Corvo and Emily's powers, and the ways players can use them slip into the shadows undetected or bring death on their enemies. At this year's QuakeCon expo, Pete Hines, Bethesda's VP of PR and marketing, gave people in attendance an exclusive look at a clearly agitated Corvo in action. The demo was supposed to be narrated by Arkane Studios' Harvey Smith, who serves as the game's co-director, but Hines jokingly made fun of Smith, saying he forgot to set his alarm correctly and missed his flight.

The demo begins peacefully, with a woman on a boat called the Dreadful Wale, relaxing and smoking a pipe. As the camera pans around her to show off the hunting vessel, we see a whale pop out of the water for a brief second. The tranquility and relaxing sounds of waves collapsing doesn't last long, however. We are soon reacquainted with Corvo, who is clearly on an urgent mission. He uses his Blink power to teleport to an open, second-story window. Blinks again to move to a different direction. His sword sways dangerously in front of him. He wastes no time getting it red by placing it into the neck of an unaware man. He again uses Blink to teleport behind his prey. The death is violent, but quick.

Corvo tosses the newly made corpse to the ground, and in a flash uses Bend Time to slow his surroundings and stop another person in his tracks, this one is aware of his presence. Two pistol shots blow the man's arms clean off, but the threat isn't over: The man apparently keeps unusual pets: bloodlfies. A fire bolt into the hive seems to do the trick, but the man Corvo just killed had one last trick up his sleeve. His body writhes on the ground and explodes, turning into a swarm of bloodflies. They attack, but can't feed off Corvo quickly enough, because he uses his Possession ability to jump into one of their tiny bodies and escapes through the window. Corvo's mission is to secure or kill Paolo, the leader of a gang called the Howlers. From the eagle-eyed vantage point of a rooftop overlooking a courtyard, Corvo sees Paolo relaxing with friends. Two people play music as another two slow dance together nearby. Paolo is seated in a chair, soaking in the festivities. Corvo fires sleeping darts into the music players and a fire dart at the dancers, creating a deadly ruckus. Paolo rises and draws a sword. The two duel for a brief second, but Paolo is no match for Corvo. He falls over dead...or does he. His body explodes into a swarm of rats and escapes.

Corvo gives chance and corners Paolo again, using a Force-like push ability to knock back his foe and simultaneously shatter a pane of glass. Corvo knocks Paolo out and tosses him over his shoulder. He now needs to escape, and he does it with style. Standing on a balcony, Corvo tosses Paolo's body as high into the air as he can, then drops to the street to execute a Howler gang member. As he retracts the knife from the Howler's neck, Corvo turns, looks up, and catches Corvo's body. It was a violent circus trick that looked awesome, and drew applause from the people at QuakeCon.

Dishonored 2 looks fun as hell, and the demo showed just how powerful Corvo has become since we last saw him. Dishonored 2 ships for PlayStation 4, Xbox One, and PC on November 11. 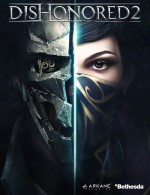