Playing through the first half of Act I in Blizzard's upcoming action/RPG changed me. I have seen the future, my friends, and it is glorious.

Diablo III may seem like more of the same on a superficial level. The game is still about blasting your way through randomized areas, hoovering up randomized loot, and getting killed by randomized minibosses. It’s still a click-fest of epic proportions, with players mowing down hordes of monsters with a constant barrage of devastating attacks. Once you sit down to play, though, every minute brings a new delight as Blizzard has smoothed away rough spots in traditional Diablo design and inserted creative new wrinkles.

Story plays a larger role and is delivered organically this time. You can still ignore it, skipping through dialogue and sprinting for the next objective, but it doesn’t take much of a time commitment to listen to the many characters in the world narrating current events or an area’s backstory while you continue on your way. Lore pop-ups function like audio recordings in BioShock, giving a quick bit of voiced information about a new monster, area, or important character when you encounter it.

What I’ve seen of Diablo III’s grim tale fits the series’ gothic vibe perfectly. The pages of well-written lore, delivered in bite-sized voiced narrations, are a great complement to the action. The mysteries surrounding the fire in the sky and unquiet dead invading New Tristram drew me forward just as much as loot and levels.

Story is all well and good, but Diablo III’s staying power will depend on its mechanics. Since I last saw the game, Blizzard has removed skill points entirely. Instead, you unlock skills as you level but can only equip a handful at a time (two to start, six eventually). This may seem like a radical change, and in some respects it is, but I'm sold on it. Being able to freely experiment with new spells is such a massive benefit that it easily outweighs any downsides.

Carving my path through the outskirts of New Tristram on my way to the cathedral where mad king Leoric’s skeleton has been reanimated once again, I use five distinct ability loadouts. Each plays quite differently. Swapping out my single-target nuke for a chain lightning blast reduces my effectiveness against the disturbing minion-birthing mother zombies, but the ease with which it lets me wipe out entire groups is worth it. My defenses take a hit by flipping frost nova for wave of force, but it isn’t that hard to avoid being surrounded. Plus, having a long-cooldown spell that can one-shot a whole encampment of zombies is way more amusing.

It’s incredibly liberating to hit a new level in the middle of a battle and immediately bring a new skill into your arsenal. Unlike Diablo II, which required players to commit early to dumping points into a single skill in order to be effective, all of the powers now automatically scale with your level. Experimenting with different skills and the way that they alter your tactics has always been a big part of Diablo’s appeal, and this new system removes just about every barrier to that core tenet.

As much as I like being able to swap my build at a moment’s notice, I don't think this point-free system would work without the rune system. The ability to alter (sometimes drastically) each skill in six different ways means that there is still a ton of room to create a unique build that plays the way you want it to. I didn't get to play with the runes personally, but Blizzard showed off the system's power by taking a traditional ranged wizard character and turning her into a melee powerhouse. When you can go so far as to take a ranged projectile and turn it into an orbiting damage shield, you can get pretty darn creative.

Each class uses a unique resource (two, in the Demon Hunter’s case). This has obvious advantages in terms of differentiating their playstyles, but don’t expect any big surprises in the mechanics. The Wizard’s fast-regenerating arcane power functions like Rogue energy in World of Warcraft. The Barbarian’s fury is basically WoW rage, building off of basic attacks and being consumed by more powerful strikes. The Witch Doctor’s mana is exactly what you’d expect. The Monk’s spirit gauge is interesting; it builds slowly as he uses normal attacks and is quickly depleted by using special skills. On the other hand, his specials generally don’t have cooldowns, so Monks can burst huge power at the expense of being relatively weak until they can re-energize their spirit. Finally, the Demon Hunter combines the concepts of mana and arcane power, using quick-replenishing hatred to fuel their offense and slow-recharging discipline to power defensive escapes.

I didn’t have time to play through the whole build with each character, and spent more time with the Barbarian and Wizard than the others. Dabbling with all five left me impressed with the variety between them as well as the marked difference between playing different builds of the same class. Using debuffs and pets to keep monsters away from you and eat their life force as the Witch Doctor is nothing like a Wizard blasting them into bits with raw elemental power, despite the fact that they’re both spellcasting ranged classes. Likewise, the Barbarian’s gonzo smash-oriented combat style is distinct from the Monk’s stolid, defensive tactics. The Demon Hunter, as a physical ranged class, is unique among the five. I love what Blizzard has done with making positional tactics primary to that class, with powerful stationary traps and acrobatic escapes complementing bread-and-butter projectile attacks.

Dynamically generated one-off local events are a great addition to the game that help keep things from feeling too samey. I encounter an abandoned cellar being looted by pygmies. Fighting a swarm of bad guys in these tight quarters is an interesting battle for my fragile wizard, made more tense by the race to kill the treasure bearer before it opens a portal and escapes with the loot.

As is traditional for the series, you occasionally encounter unique monsters with random properties. Many of these will be familiar to Diablo II players, like the Molten minibosses and their minions who add fire damage to their attacks and explode on death. The Illusionist ability is a new one, though, and served me my only death during my playtime. These minibosses create mirror images of themselves at intervals – identical-looking copies that thankfully have a fraction of the true boss’s health and damage. That’s a challenge in itself, but when the Illusionist in question is a Grotesque that explodes on death and leaves Corpse Worms in its wake, it’s extremely deadly. Killing the copies takes a quarter of my health off the top and drops more mobs to deal with, and I’m pretty sure the boss itself gets several casts of fresh images off while I am trying to deal with the copies and the worms.

Blizzard also showed a battle where the hero fights her way onto a lonely hilltop in the middle of a forest with the Templar companion at her side. The Templar shouts a warning as a massive wave of undead gather at the foot of the hill and begin a shambling assault at the order of their long-dead commander. After the battle, the hero finds a book on the hilltop that tells the story of an ancient battle that took place there. The whole scenario plays out in perhaps a single minute, but it’s a great example of the extent of the little details Blizzard is adding to Diablo III that take the game to the next level.

Next up: More stuff that's awesome, plus two things that aren't

I didn’t get to play with any of the followers or companions firsthand, unfortunately. In any case, they can’t be more annoying to babysit than Diablo II’s mercenaries.

What I saw of the loot was a carbon copy of Diablo II’s implementation, but the item system is the last thing that I’d change from that game anyway. The ability to instantly sell items or break them down into crafting components in the field is a wonderful time saver. Crafting those pieces into other equipment wasn’t available in the build I played, but Blizzard hopes that players will use crafting as a way to fill in any holes that random drops leave in their kit – and drop their excess money on chances to roll up awesome gear later on.

Co-op works wonderfully. I teamed up with some of the fine folks from IGN to finish off Leoric, and I was astounded at how well it works. Not just on a technical level – I didn’t expect any lag or anything, and was not disappointed in that regard – but in how easy it is to keep track of what’s going on despite the chaos of four heroes channeling their superhuman powers to destroy the undead. The art direction is superb; not only are the heroes’ silhouettes and color schemes instantly recognizable in the heat of battle, but the super-saturated colors that area-effecting skills use make it simple to see places where you want to lead the mobs to or stay away from harmful effects at a glance.

The only negatives I took away from the preview event had nothing to do with the gameplay itself. The real money auction house (see link for details) will no doubt be a polarizing feature, and I have my own reservations about it. Secondly, the fact that Diablo III is always played online is a bummer. You cannot play the game without an Internet connection; this isn’t like StarCraft II where you can play offline after authenticating the game with Blizzard’s servers. All characters are stored on secure servers, and all gameplay is done in sessions hosted by Blizzard servers. Though this has obvious advantages for Blizzard in preventing piracy, it flat-out prevents people with spotty or no Internet connection from playing the game at all.

I’m bummed by the always-online decision and the real money auction house, but it’s not going to stop me from playing the holy hell out of Diablo III when it comes out. What I’ve played is everything I could have hoped for as a Diablo fanatic. So long as Blizzard doesn’t screw up the rest of the game – and let’s be honest, who thinks that’s at all likely? – I’m going to thoroughly enjoy the hundreds of hours I plan on putting into it. 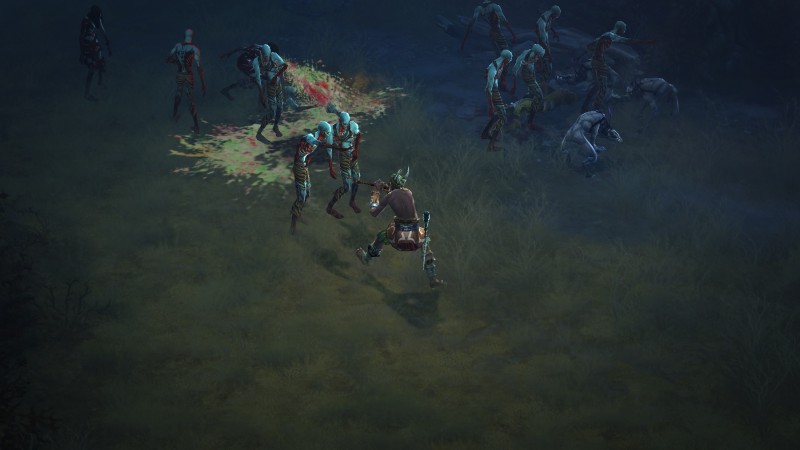 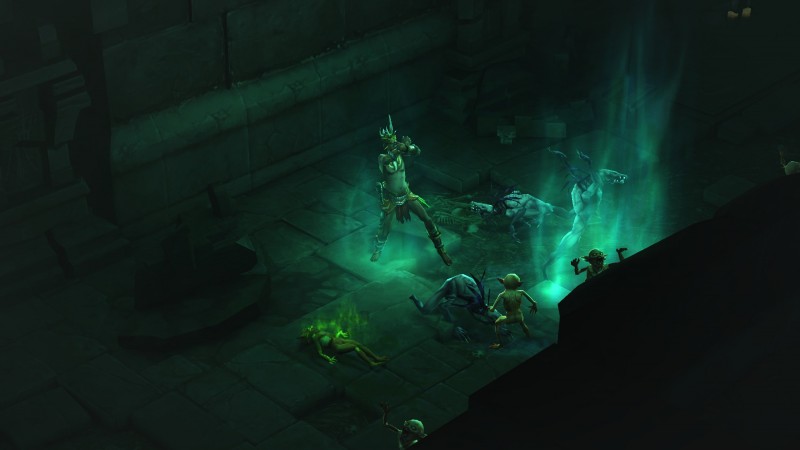 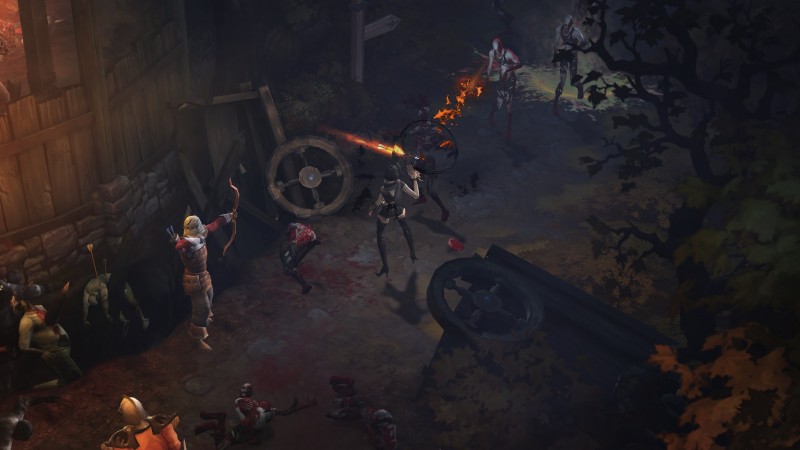 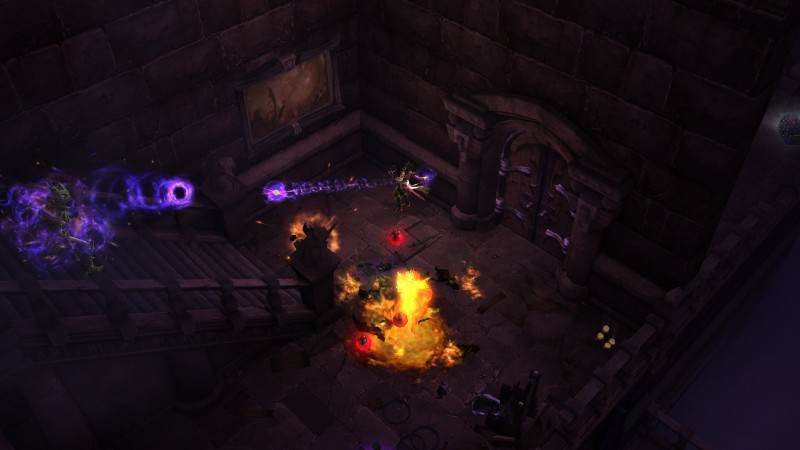 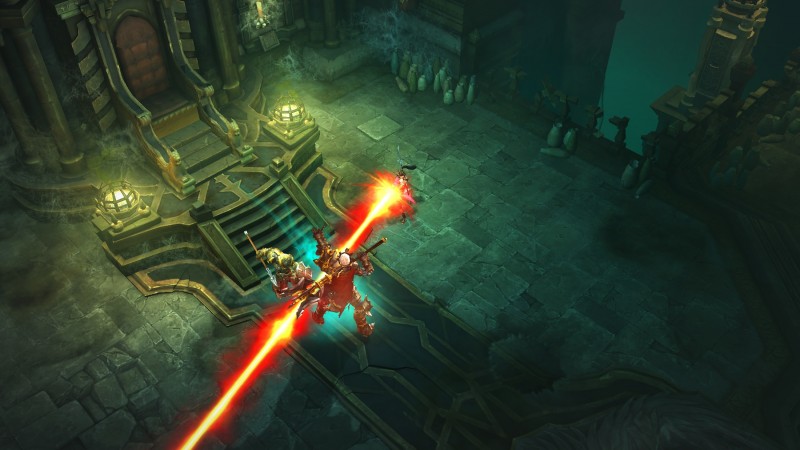 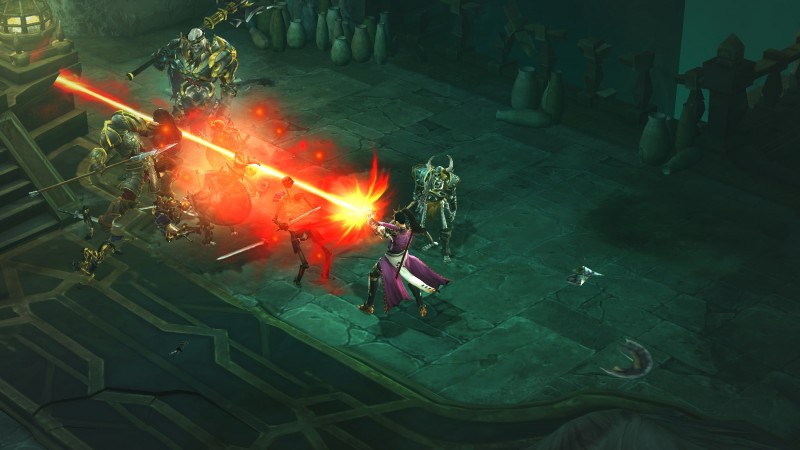 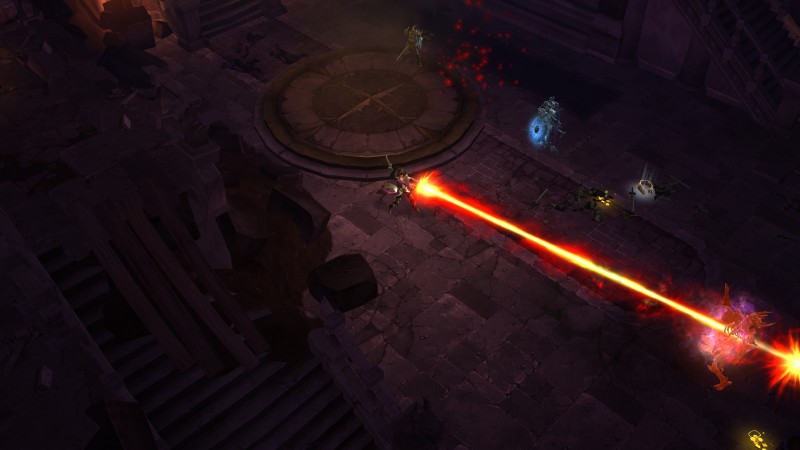 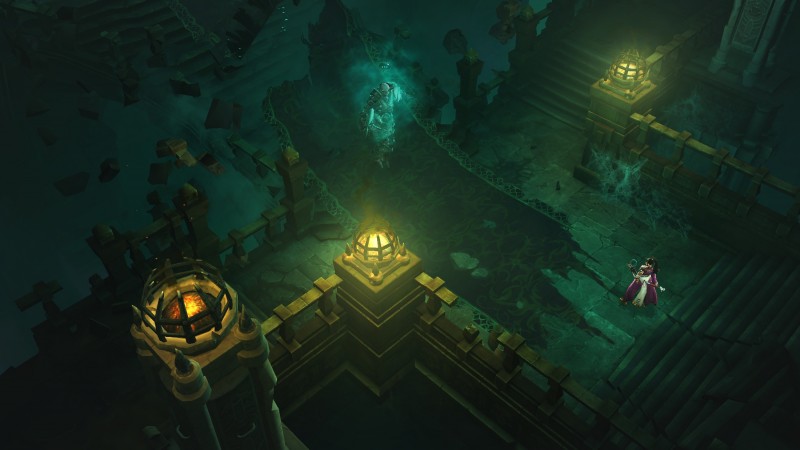