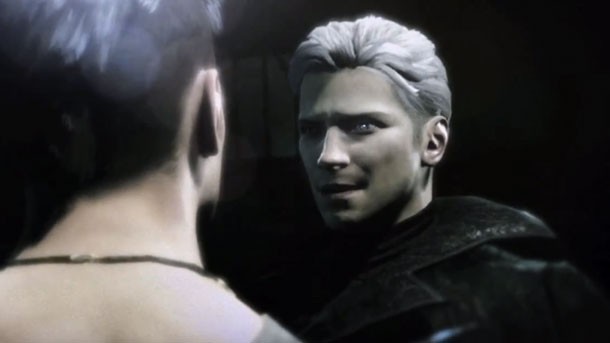 You've probably quaffed an energy drink or two in your lifetime. If they had the same secret ingredient as the leading brand in Devil May Cry, you'd probably think twice before tossing back a can. Capcom showed off a new playable level at Gamescom 2012, which blew the lid off what's inside Virility--and it's not pretty.

In Devil May Cry's universe, the world is secretly controlled by demonic influences. The media, banks--and even soft-drink manufacturers--are in cahoots to keep the human population under control. One of the ways they're able to do it is through the energy drink, Vitality. People who drink the stuff become more pliable and easy to manipulate. Of course, Dante isn't having any of it. In fact, he takes on the source of the drink's secret ingredient in a memorable boss battle.

The source of the secret sauce is a disgusting worm creature, called the Succubus. She has a horrible humanoid face, and a fleshy orange body. Her arms are punctured by tubes, which supply a noxious fluid to Vitality's producers. Yeah, if you drink the stuff, you're chugging down demon juice. If you saw her ugly mug, you'd realize that the idea is worse than it initially sounds.

Dante isn't about to let something like this go on unpunished. Unlike his more altruistic brother, Vergil, Dante's motivations are more selfish. If he happens to release people from their unconscious slavery, it's a bonus.

The battle takes place in Limbo City's parallel demon plane. The Succubus attacks with her massive hands, which I slashed at with both my angelic and demonic weapons. Periodically she'd swipe at me (at attack easily avoided by jump-dashing) or belching out a noxious acid. When that happened, I swung out of the way, grappling on to chunks of floating debris swirling around the disgusting beast. Eventually I was able to tear out each of the tubes individually. She didn't seem to like that very much. After that, her attacks grew more frenzied, but I was able to knock her away from the floating platforms.

The Succubus is a boss, so she wasn't about to let something like a fall into a pit of flame stop her. Sure enough I ran into her one more time. She wasn't quite so tough this time around, as she was getting pulled toward a giant fan. Her two hands made an easy target, and I eventually knocked her elongated fingers loose. As for what happened next, just imagine putting a giant maggot in a blender.

The boss battle was a satisfying end to a great demo. Dante's combos are easy to pull off, and it's satisfying to knock enemies into the air, pull them back down, push them away, and blast them with guns--all in one extended chain. I didn't manage to score any SSS combos in my playthrough, but Devil May Cry veterans know that's part of the challenge. And it's one that I'm looking forward to taking January 15. 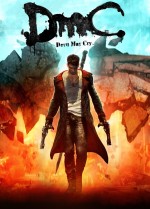