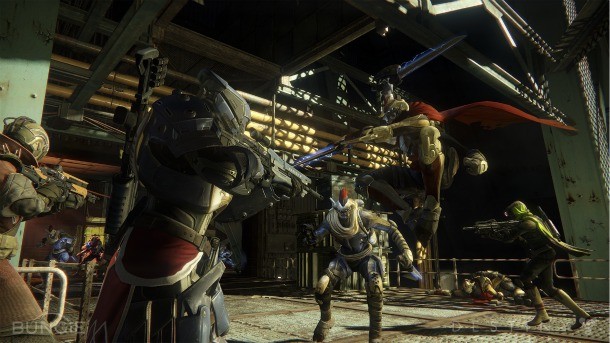 One of the most exciting demos of E3's press conferences was the first public unveiling of gameplay for Bungie's Destiny. On the following morning at the E3 show floor, we sat down with Harold Ryan to go into additional detail on all the new content that was seen in the extended live gameplay sequence. He spoke to us about several of the features that we saw for the first time in this new demo. We got more details on the game's upgrade system and weapons, and he explained the three classes on display in the game, implying that more were on the way in future announcements. He also offered some detail on the "ghosts," new companion characters that fulfill a similar role to Cortana in Bungie's previous Halo games.

Check out our full video interview directly below, and scroll further down for a bevy of new screenshots for Destiny.