Possibly The Most Hardcore Game Ever
by Adam Biessener on Sep 29, 2009 at 11:45 AM
Publisher: Atlus
Developer: From Software
Release: October 6, 2009
Rating: Mature
Platform: PlayStation 3 This Japanese import has a bounty of treasures. Its deep brawler-like combat varies radically depending on what type of weapon you use, whom you’re fighting, and how you’ve built your character. The rich atmosphere created by its stunning visuals and outstanding audio is often creepy, sometimes breathtaking, and always engrossing. Its impressive breadth of content supports dozens of hours of play on a single run-through. Innovative use of the Internet to facilitate player interactions including, but not limited to, co-op and competitive play greatly improves the experience.

Almost none of it is accessible in the least. You’ll die in Demon’s Souls. A lot. Two or three hits from an enemy is often enough to kill you, and it’s not uncommon to be ganged up on. Every time you perish, you lose all of your souls (which function as both experience points and money) and are sent back to the beginning of the level -- which might be 45 minutes or more of fighting behind you. If you can make it back to where you died, you can retrieve what you lost. However, all of the enemies have respawned and your equipment has lost durability.

Beating the first level -- even with one of the easier character classes -- might take a dozen deaths for a reasonably skilled player. For someone having a hard time wrapping their head around the controls, or less experienced with 3D brawler melee combat, it might take more like 30.

The flip side of all this is the fantastic sense of accomplishment you get when you finally kill that boss (who, incidentally, is probably effectively immune to your weapons. Hope you brought some special items!). None of the superlative compliments to the game above are exaggeration. Demon’s Souls is one of the hardest and most rewarding experiences RPG fans will have this year -- if they’re up to the challenge. 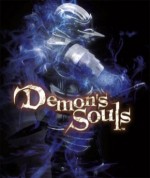