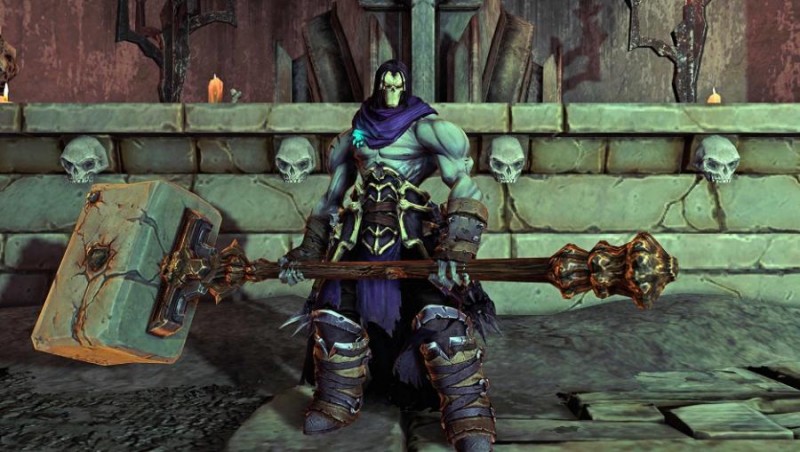 In this (mostly) live-action trailer for Vigil Games' upcoming Darksiders II, a priest reads some apocalyptic passages from the Book of Revelation as the demonic hordes threaten to beat down the door of the church. Behold, a pale horse!

The Death Rides DLC will be available as a bonus item for those who pre-order the game at Gamestop, along with the already announced Argul's Tomb DLC. The Death Rides pack adds a host of new side-quests in the Maker's Realm and Dead Plains.

[Gamestop is the parent company of Game Informer.]