At E3 2015, a hands-off, no-recording-allowed demo showcased a nice chunk of Dark Souls III gameplay. The demo was running on reduced difficulty settings in order to facilitate a smooth experience and show off the game.

The demo begins with the player lighting a traditional Souls bonfire and heading right into the thick of combat in an area that's incredibly reminiscent of the early areas of Dark Souls (Although much, much better looking on current-gen hardware). The player soon has an encounter that also channels that Dark Souls feeling - a massive dragon coming down from the sky and igniting a wave of enemies (the player luckily dodges the blast, but the situation and setup will seem incredibly familiar to Souls vets). Some of the minor enemies encountered are traditional undead foes wielding swords and halberds, skeletal dogs, and even Knight foes that are significantly more challenging than normal enemies.

Special attacks are now a thing in Dark Souls, with a formidable lunging slash that decimates opponents and sends them high into the air, or a whirlwind-style flurry that can be executed while dual-wielding. A short bow provides actual speed and quick shots at close range, almost melee but not quite range, adding another powerful tool in the player's stable of weapon types. Combat appeared slightly faster than Dark Souls but still much slower than Bloodborne. The player appears to drink traditional Estus flasks to heal damage, and continues moving through the castle ruins. We get a taste of some pretty impressive lighting moments with the torch (let's hope they stay in this time, yeah?) and some opportune moments to take out large, dangerous packs with firebombs. The demo then moved to show us our first look at a boss encounter in Dark Souls III (not necessarily the first boss mind you, as we have no idea how far this area was into the game), and it was nothing short of amazing.

The player moves into a traditional wide-open dark area with tons of space and a suspicious lack of enemies, with a single glowing item illuminating the room. When the player takes it, the door slowly closes shut and the boss, Dancer of The Frigid Valley, seeps into the room from the ceiling. This boss channels both humanoid and monster elements, keeping a fixed gaze on the player from behind an impenetrable face cover and wields a massive flaming sword with elegant beauty - this is not a bashy boss like a Taurus Demon, but an elegant sword dancer that moves gracefully around the room with a transparent, flowing cloak. The eerie music  ebbed into the fight masterfully, not an adrenaline fueled bit but a tension-filled seduction that fits the fight and setting immaculately. As we see with many of Bloodborne's bosses, Dancer undergoes a transition somewhere around midway through the fight and gains an additional sword and new abilities, including an impressive whirlwind dance that can shred a player in seconds (This ability reminded me heavily of Mergo's Wet Nurse from Bloodborne). The player was killed shortly after, ending the fight and the demo. This boss encounter was as perfect as any I've seen in the Souls series, and succeeding in completely captivating me - if this is a new approach to "humanoid" bosses, then there are not likely to be many qualms about them as there were with Dark Souls II. 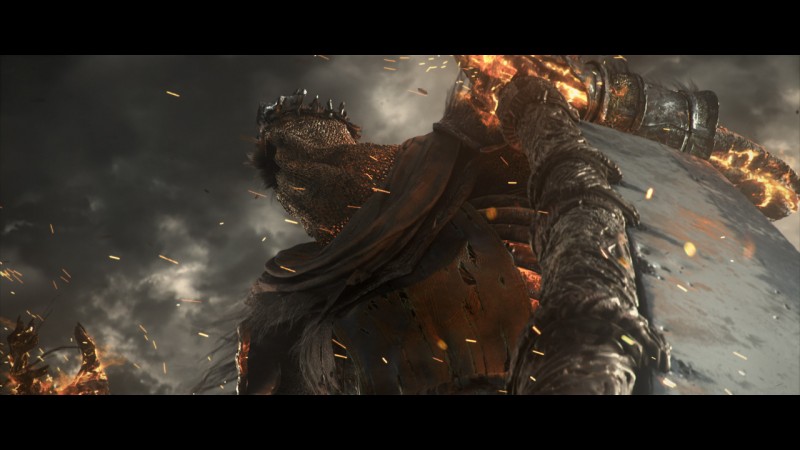 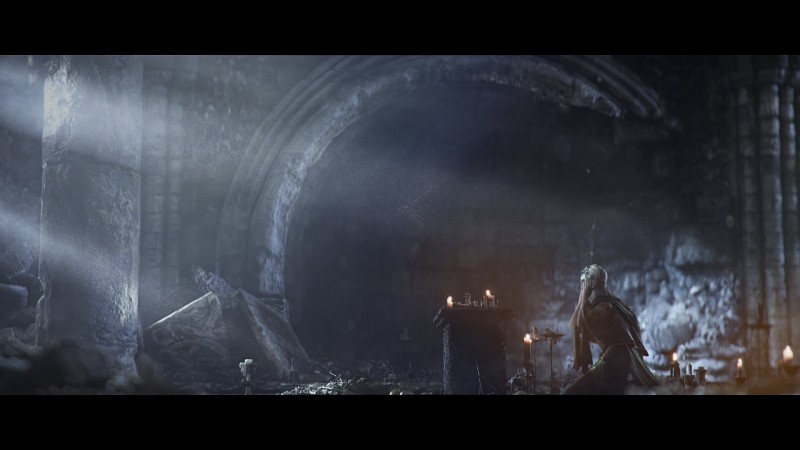 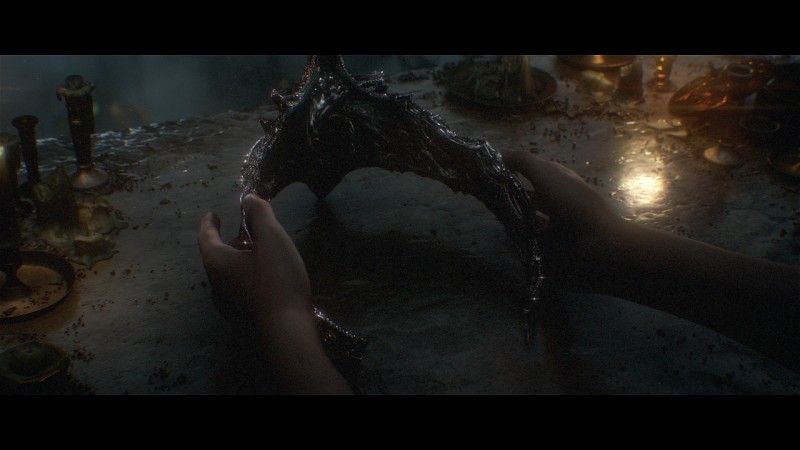 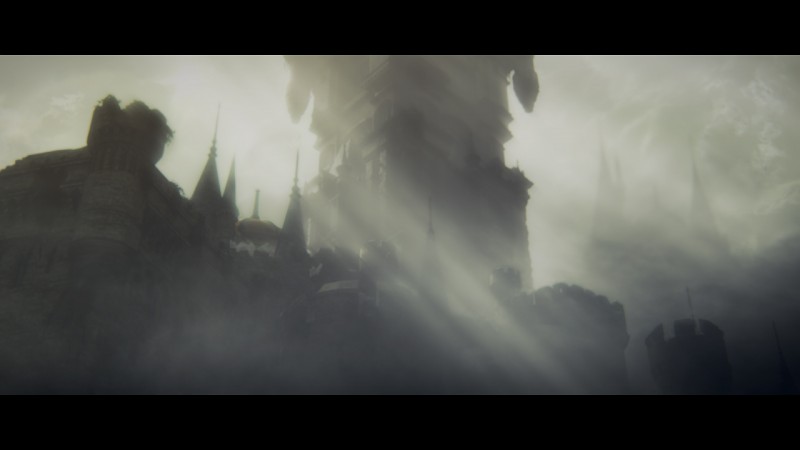 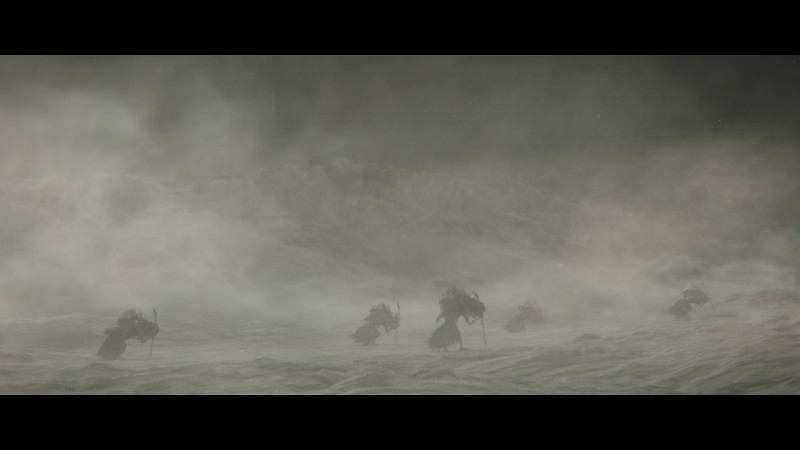 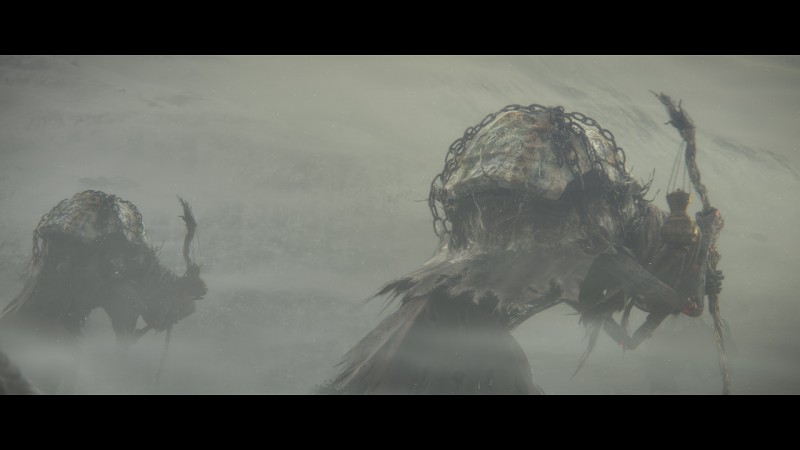 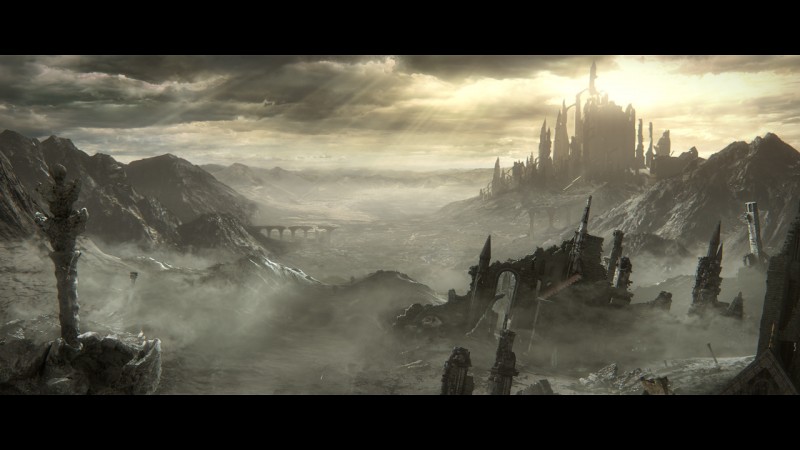 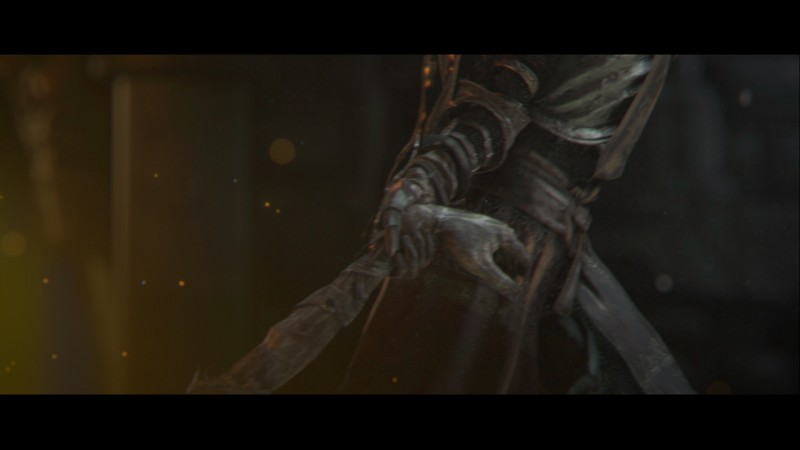 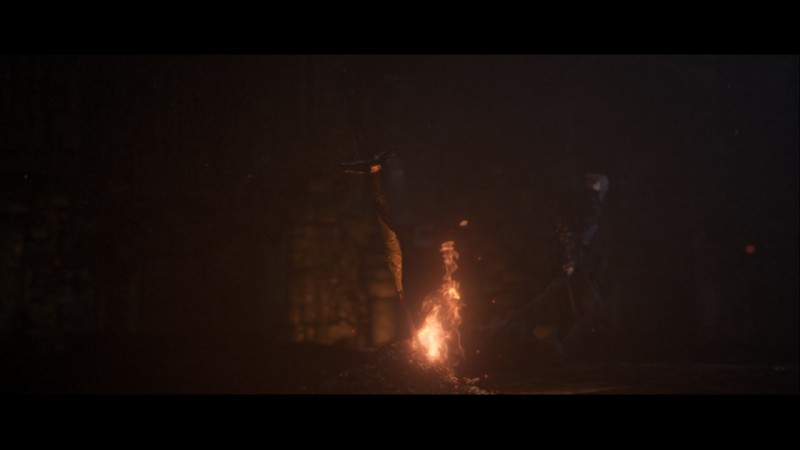 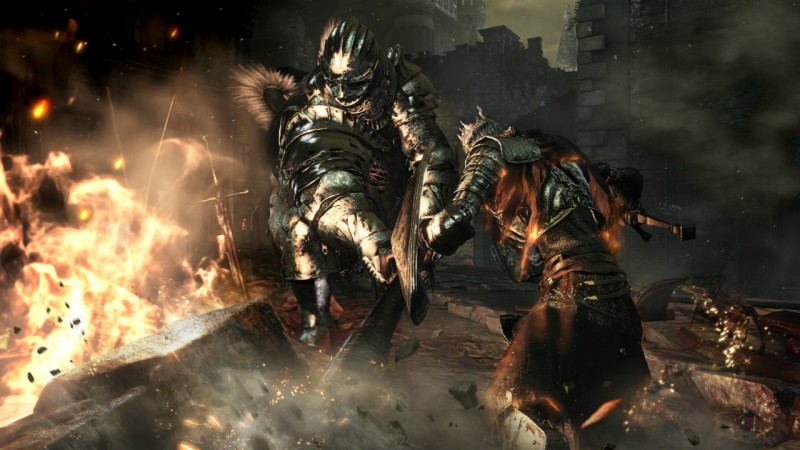 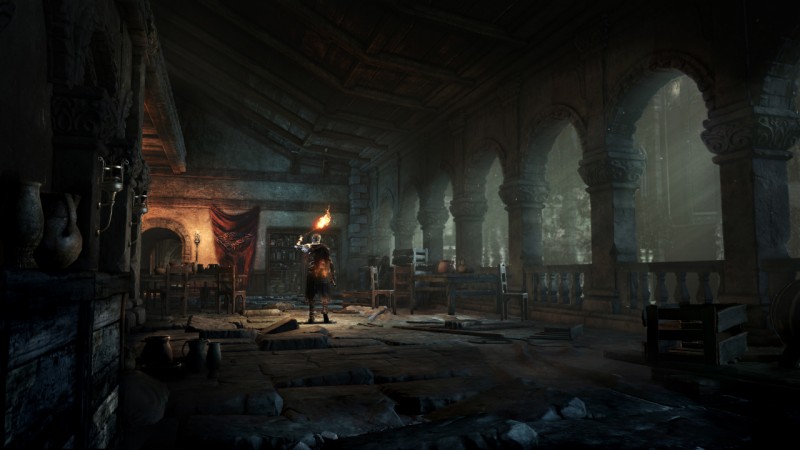 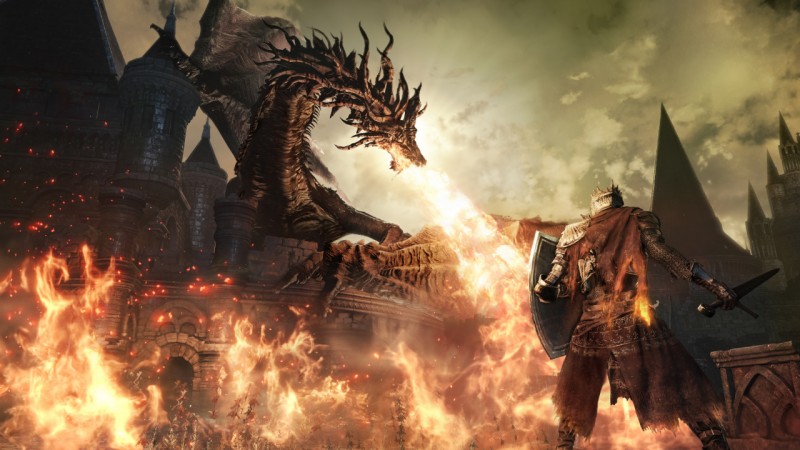 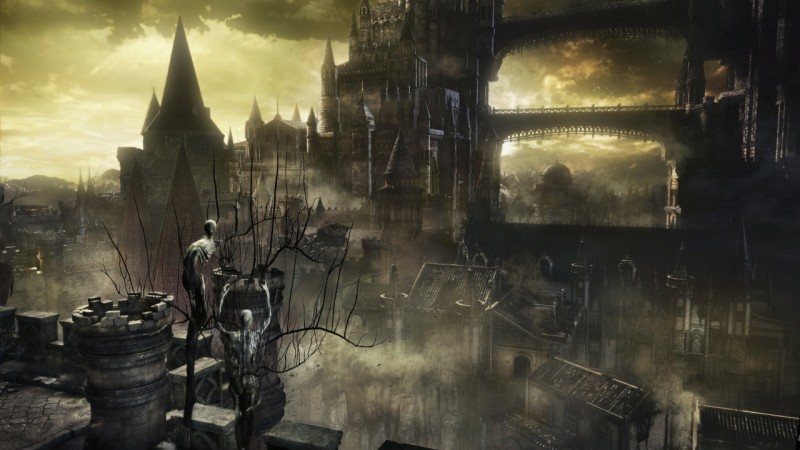 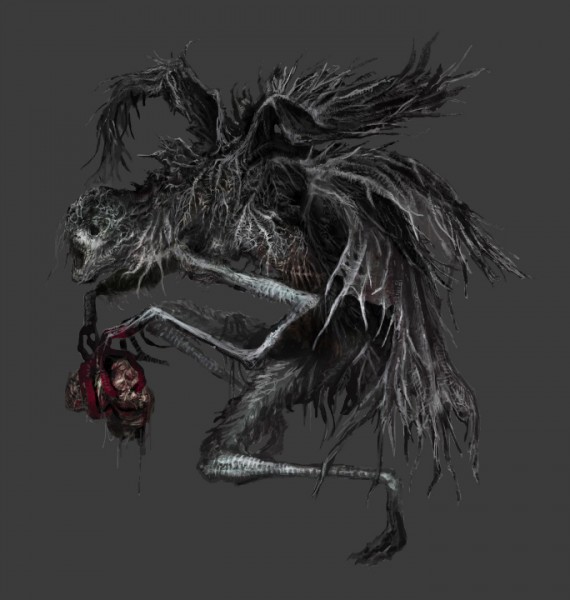 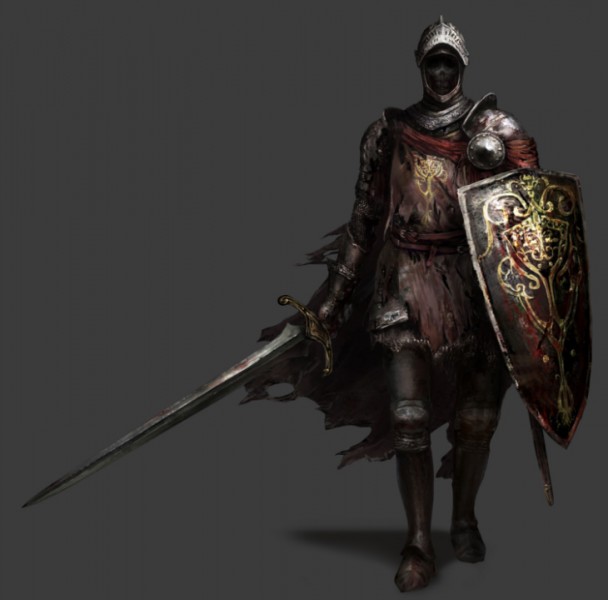