When Deadly Premonition director Hidetaka "Swery 65" Suehiro announced D4: Dark Dreams Don't Die at E3, he didn't reveal much other than it would be an Xbox One, Kinect-enabled adventure game that you could play casually while eating popcorn. People weren't sure what to make of this, but from the trailer one thing was evident - Swery 65's signature quirk is alive and well.

While at Tokyo Game Show, I saw Swery 65 demo D4 for the first time. It turned out to be one of my favorite games of the show. Here's five reasons why.

The premise of D4 invites plenty of intrigue, since it involves warping into the past. You play as David Young, a man on the hunt to find his wife's murderer. The only lead he has is a drug boss named, "D." He has no idea who D is, but he seeks to change the past to resolve the case. This leaves David inside a plane trying to not draw attention to himself. After all, people might recognize that he's not supposed to be in the past, searching for clues. Piecing together what's going on is part of the fun, but also there's the tension of someone getting the lead on David's mission. You never know just who's going to confront you. As told to us by a character in the demo, "This case is going to take you places you don't want to go."

If Swery 65 has taught us anything, it's that he knows how to make zany characters that leave an impression. It looks like D4 is keeping the tradition alive. A normal-looking flight attendant quickly turns from a flirt into a woman issuing a stern warning that she's on to you by saying the flight doesn't welcome "uninvited guests." But the star of this demo, was none other than the green-haired fashion designer Duncan and his muse - a  gold mannequin he named Sukey. He's frighteningly obsessed with Sukey, to the point of considering her his lover. Duncan spews phrases like "avant garde" about his ambitions and makes vogue-like poses. Let's just say Duncan has a flamboyant nature and doesn't exactly seem to have it all together. See treating his mannequin like a person.

The action is hardly a passing fancy and short-lived. A fight sequence broke out with a drug smuggler in our demo, where he threw suitcases, punches, kicks, and mannequin legs. The only defense you have is to sync with the Kinect actions on the screen. You'll push objects out of the way by waving your arm to the side, or raise your arms up to grab a ledge. The turbulent flight also sent characters flying with more obstacles. The voice commands even made their way into the action by taking a megaphone and yelling, "Hey!" to startle the opponent. Perhaps the best touch was being thrown a mannequin leg (sorry Duncan!), and swinging it like a baseball bat to knock out our adversary's glass eye. Swiping your hands can only throw slaps and punches. Too bad David ended up getting kicked right where it counts. But one thing was certain, I wasn't bored during this entire sequence and even found myself laughing as my enemy called me, "Mr. Point Break."

I'm not a big fan of the Kinect, so I was a bit worried when I heard this was a Kinect game. While D4 does offer the option to play with the controller, the game is created around Kinect, so much so it feels like it'd be a disservice to play it with a controller. Swery 65 even said he prefers you play the game with the Kinect. I actually could see the enhancement of the Kinect, it brings you right into the moment and none of the controls seem gimmicky. Searching for clues and actually being able to reach your hand out to touch or raise objects just seems natural. Even the voice commands find their place, as you say the phrase you want when prompted with choices. You raise your points by choosing the response that best fits the character. The game is casual and doesn't make you overdo any of its motion controls, which gets you involved but at a leisurely level.

Making You Feel Like You're In A TV Episode

Swery 65 emphasized his desire for each sequence to play out like a TV episode. You're looking for a momento to get you to the next scene. Between the Kinect controls and role-playing with dialogue selection and voice recognition, it makes you start to feel like you're the character on screen. You're warped right into the intense scenes by being a part of them, doing actions similar hand gestures to the character you're portraying. Watching somebody get beat up is one thing, but it's another to actually perform the motions like it's you in the scene. I have a feeling this will up the engagement level, transporting you to these vital moments.

After my demo, I was left with wanting more. Swery 65 just may have another cult hit on his hands.

What do you think about an adventure game using Kinect controls? Will it take the genre to a new level? 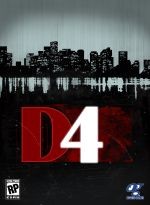