Crysis 3: Bringing A Bow To A Gunfight 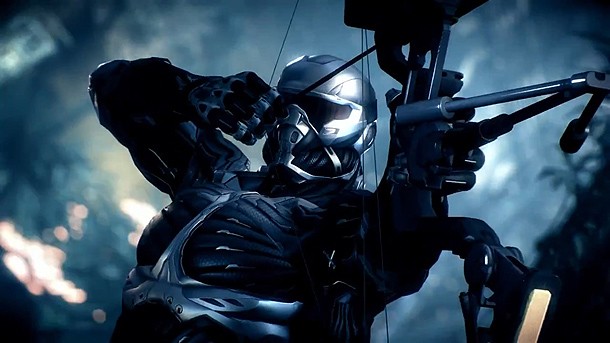 We grab the compound bow to take some target practice on unsuspecting Cell operatives.

When you have a superpowered nanosuit that can deflect bullets, turn you invisible, make you faster, enhance your strength, and improve your jumping ability, you don't need the most robust weapon arsenal to lay waste to an entire battalion of private military contractors. As I moved through a level of Crysis 3 on behind closed doors at E3, I relied almost exclusively on stealth and the new compound bow.

If you haven't read up on the Crysis backstory, long story short a PMC named Cell has built giant domes over cities decimated by the alien Ceph attacks. One such locale is New York City, which is now quarantined under the guise of protecting the populace from the alien threat. In reality, the Cell is using the domes to harvest the alien technology for its own nefarious purposes. As the super soldier Prophet, you're there to disrupt the Cell operations and eliminate any aliens who cross your path as well.

The mission begins on a ledge looking down at a micro sandbox littered with Cell soldiers. I immediately turn on the cloaking device and start marking enemies to track their movements. Once I get the lay of the land, I pull out Prophet's new compound bow to test its capabilities. The bow can use four different types of ammo -- a standard arrow, an explosive arrow, a timed grenade arrow, and an electric arrow that comes in handy when a group of baddies is standing in shallow water.

While in the menu system selecting my ammunition type I also check out the robust nanosuit customization system. With Crysis 3, players can upgrade each of the suit's core functions. The most exciting new edition is the ability to craft four custom templates. These allow you to configure the suit for different circumstances. For instance, you could equip several stealth oriented perks when you're sticking to the shadows, and switch to an armor-centric kit for when confronting a threat head on.

After blowing through a few squads using the various ammo types (my favorite is the space-clearing frag arrow) I stumble across an alien weapon conveniently laying in the open. This XPAC weapon uses a plasma ammunition and fires huge, powerful rounds almost like a mortar cannon. You can only use these unique weapons until the ammo goes dry; there are no alien ammunition packs.

When I finally reach the dam I have a few options. I can go straight up the gut and take out a platoon armed with a turret, or I can jump off the bridge and stealthily work my way into the reactor room. I dive off the bridge, avoiding enemy contact until I reach the platform containing the reactor. A few stealth kills later Prophet is taking his boot to the reactor to hasten its demise. The subsequent escape is much more action packed, with every soldier in the immediate vicinity gunning for my head. Once I work my way back outside, I remotely hack a turret to even the odds and use the Typhoon repeater gun to lay waste to the remaining troops. All that's left to do is plant some C4 on the bridge. After the explosives are activated at the base of the bridge, Prophet dodges some helicopter fire, triggers the detonator, and ziplines to another location. Here, he has a front-row seat to admire his handiwork. The demo concludes when the reactor fails, the dam bursts, and a huge tidal wave of water overtakes the valley.

As the demo fades to black, I can't help but be impressed by the polished controls, varied environments, and gorgeous graphics. Crysis 3 isn't rewriting series playbook, but its still capable of delivering a unique gameplay experience thanks to the freedom it grants its players.

Crysis 3 is scheduled to release on Xbox 360, PlayStation 3, and PC next February. To see the game in action yourself, we suggest you view this trailer. 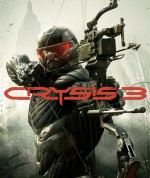