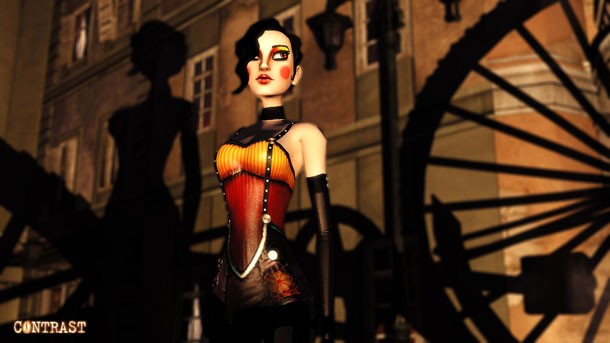 The game places players in the shoes of Dawn, the imaginary friend of Didi. She is a young girl coping with a traumatic event with Dawn's help. Shadows play in an important role in the game, as Dawn can turn into one herself to reach new areas by traveling along the shadows cast by other objects.

For more on Contrast, check out our full preview from E3.