Releasing From Early Access With A Double-Edged Appeal
by Joey Thurmond on Apr 06, 2018 at 11:00 AM
Publisher: Funcom
Developer: Funcom
Release: May 8, 2018
Rating: Rating Pending
Platform: PlayStation 4, Xbox One, PC In the harsh landscapes and social climate of Conan Exiles, day and night means survival. The action-based MMO has been through plenty of growing pains in the last year, so we went back to the Hyborian Age in a hands-on session to give you a rundown of how Funcom’s take on the decades-old fantasy franchise is evolving a month before its release from early access.

One of the most notable changes is how combat has received an overhaul to be more engaging. Light and heavy attacks can now be mixed together with a wide assortment of weapons that have overhauled animations, giving a greater heft and weight to combat akin to The Elder Scrolls Online’s simple, yet engaging fights. As silly as the comparison sounds, Exiles has a Dark Souls vibe with a focus on locking onto opponents and dodging wisely (with less of the precision and difficulty); you’ll need to feign and time your attacks accordingly as you wait for the right openings to expose opponents.

It’s an upward climb to make your way through Conan’s world. In our playthrough, our customizable character is freed by the iconic barbarian from a mysterious condemnation to hang on a cross. From then on out, we not only had to fend off vicious predators and savages, but also handle menial concerns like thirst, hunger, stamina, and stat-altering ailments. We were at a loss for what to do at first from all the overwhelming information, but we slowly adjusted to the world’s harsh groove by crafting bedrolls to spawn near locations where we died, quickly gathering supplies for crafting, and so forth. It helps that the UI has been cleaned up to be more readily legible as well. Leveling persists, and the equipment you acquire can be swiftly recovered should you plan accordingly. There’s a lot to keep track of as you gather your bearings, but after scavenging enough and adjusting to taking care of your character’s many needs, you can begin establishing a settlement with the game’s diverse, extensive building tools. While traversing these abodes resulted in some glitches for us like levitating up stairs and hearing other playtesters getting stuck, it’s incredible what you can do. You can even bring company (by force) with the Thrall system by enslaving other tribes’ people to protect your own and craft new items with their skills. It’s one part of the flow of managing your own keep in the game, and a new example of streamlining this comes with farming, which lessens the need to go abroad and mindlessly collect every supply you’d need since you can grow food in your own backyard.

While there’s no traditional story, Funcom is expanding the lore with the discovery system, encouraging players to take note of mysterious objects and items spread across the game’s world, which give clues to how and why your character ended up on the cross along with references to the broader universe of Conan.

We didn’t get far enough in our short playtime to raid a dungeon, but we can tell they’re not the main attraction of the game. The constant tug of war between warring players in PvP seems to be where the most fun and unexpected encounters happen, even if setting up strategies for epic assaults can be hard to naturally bring about.

Another concern arises with raiding. It’s a key component of PvP, but players might have frustrations with the lengths you need to go to in order to advance. Backup stashes of supplies and weapons are necessary to manage since players can raid bases and steal equipment if you’re not around to do something about it. Relying on a large group of friends is key to making significant progress, but if you don’t have the stomach for PvP, the PvE mode now has a new feature called Purge. In this mode, large groups of NPCs attack your base at certain intervals, and similar to FOB raids in Metal Gear Solid V: The Phantom Pain, these Purges even occur when you’re not playing. While you can adjust the conditions for this feature, the enemies will attack more frequently and in greater numbers depending on where you settle in, how many friends are in your clan, and so forth. You’ll certainly test your limits of preservation in the online arena, but Purge is an incredibly welcome and more forgiving alternative.

We wouldn’t put too much attention into building grand bases since a rival Avatar (god) can destroy everything in a matter of seconds. These formidable, giant gods are a spectacle, and you can summon them upon meeting several conditions. You can assassinate a player controlling an Avatar, but with so little time for them to control the deity, the damage is usually done by the time it’s all over.

Conan Exiles is replete with RPG systems and survival mechanics, and while the climb to ascend the barbaric ranks of the land may be an entertaining process, the potential frustrations and investment required for PvP might root out potential players. However, the introduction of Purge captures the survival spirit of its online space. Either way, the game has come a long way to establish its merit with commendable visuals, settlement building, and various improvements with new environments to explore. There are some kinks and systems that could be ironed out and deepened to make Exiles something truly special. As it stands, the game is poised to offer an ambitious survival-oriented alternative in the MMO genre, but whether it will burst out with a rousing battle cry to all remains to be seen.

You can also check out Andrew Reiner's opinion piece on the troubles that come with early access or watch our recent New Gameplay Today on another survival-based game called Subnautica, which you can read Elise Favis' review on here. 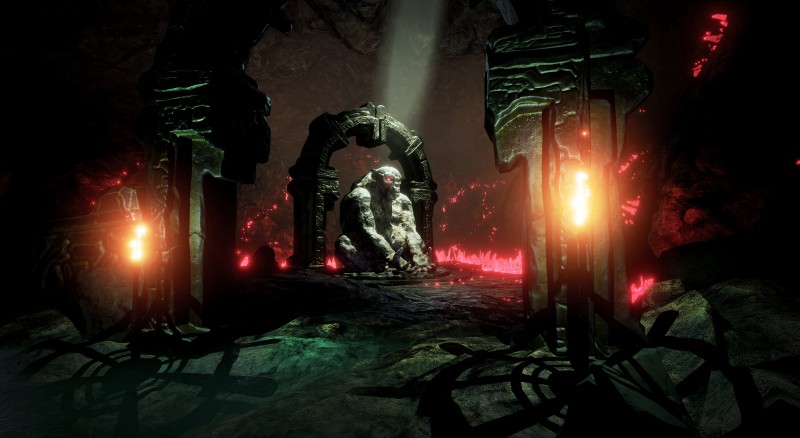 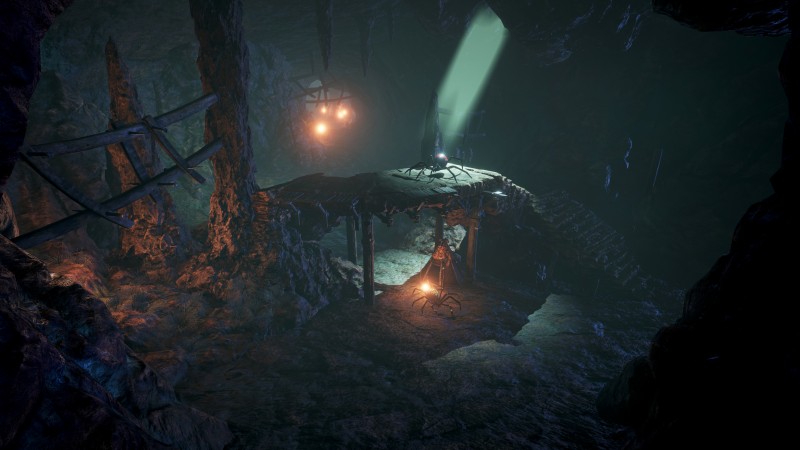 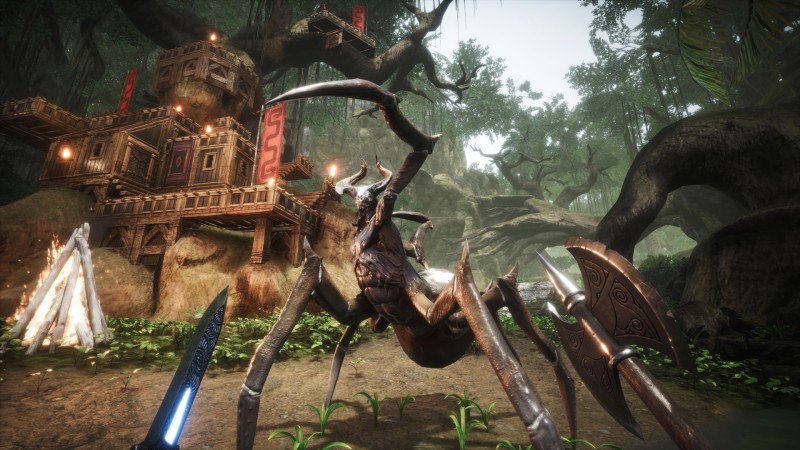 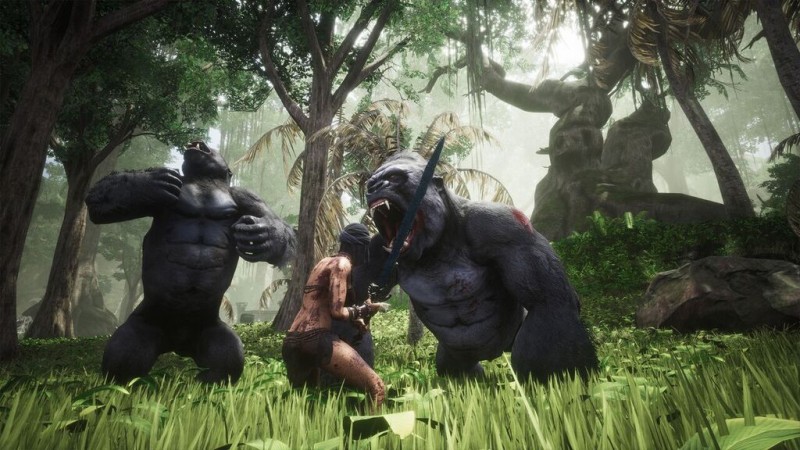 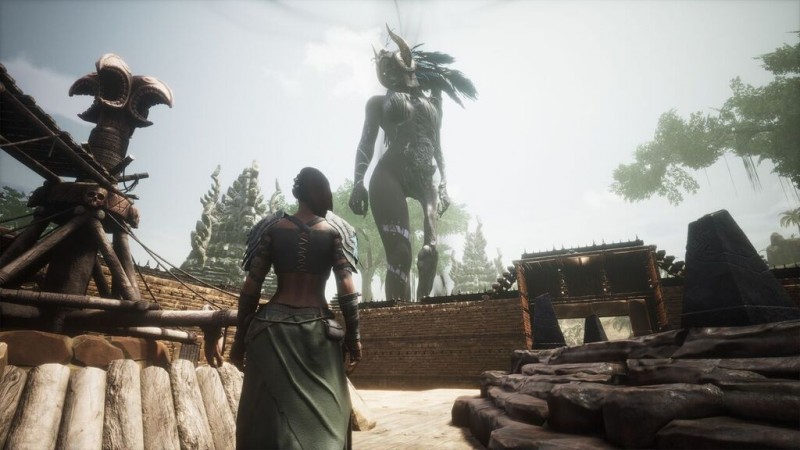 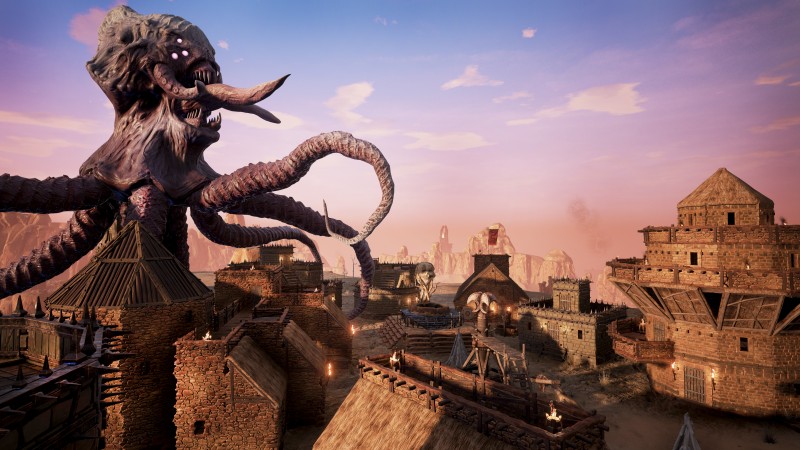 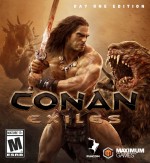