Jane Jenson, classic adventure game legend and creator of the Gabriel Knight series, is collaborating with Phoenix Online to deliver a supernatural point-and-click quest. I recently had a chance to check out the game at GDC 2012 in San Francisco, California, and the episodic adventure is looking like a fresh take on the genre. The hardheaded Erica Reed puts her telepathic abilities to the test in an attempt to bring down the serial killer who has kidnapped her brother.

The most immediately striking feature of Cognition is its art style. Seasoned artist Romano Molenaar, of X-Men and Tomb Raider fame, lends his skilled hand to bring the crimson-haired heroine and her world to life. From the moving panels to the text font, the Cognition’s comic book style gels perfectly with the game’s adventure sensibilities.

The demonstration begins with Erica and her fellow FBI partner, John, pulling up to the cemetery where they’ve tracked the Cain Killer. This particular psychopath terrorizes siblings, and has kidnapped none other than Erica’s younger brother, Scott. Upon finding the gate to the cemetery locked, the player can dig into their inventory and use Erica’s pistol to shoot off the padlock. Commands like looking, interacting, and using items are all conveniently placed around the cursor, making it easy to play with a single hand on the mouse.

With the graveyard open, Erica continues her hunt. In standard adventure game style, the static environments are beautifully detailed. The 3D character models of Erica and John blend in perfectly with the background. Their fluid animations combined with the stunning environments create a crisp visual style that’s hard not to love.

Erica and John spot a set of muddy footprints in the middle of the cemetery. Players can use Erica’s supernatural post-cognitive abilities to touch objects of interest and divine useful info. Touching the footprints causes Erica to see a vision of a shadowy figure walking behind a mausoleum. Armed with the useful hint, Erica checks behind the tomb only to have another vision of the same figure burying something in the soft earth. Spotting a bright red tool box, Erica snags a hammer from inside. Later she uses the hammer to free a shovel from the hand of a marble angel statue. Touching the freed shovel prompts another flashback of the Cain Killer dragging Scott into the mausoleum. Phoenix Online says Erica will also have access to other abilities like synergy, which allow her to combine objects to view specific past events, or regression, which she can use to influence peoples’ memories. Both of which should come in handy for a hard-headed FBI agent.

After a bit of pointing and clicking, Erica uses the shovel to dig up an ancient-looking disc that fits perfectly in the door to the mausoleum. Written in sloppy handwriting across the tomb’s entrance are the words “Only Reed Blood.” Erica begins to slowly turn the wheel-like disc, and as she does spear tips emerge from holes near her legs. The Cain Killer enjoys setting up traps for his victims, and Erica understands that only her blood will open the path to her brother. The scene intensifies as the player must slowly rotate the disc, causing the sharp spears to lance Erica’s legs. Comic panels appear in the corners of the screen as John pleads with Erica to stop hurting herself. The stubborn FBI detective denies John’s request with a lot of cussing, and after enough blood is shed the door slides open.

I won’t spoil what happens next, but watching Erica limp down the spiral stairs into the dimly lit tomb was all I needed to see to be convinced Cognition will wow adventure fans. Drawing inspiration from TV shows like Dexter, Phoenix Online will be delivering the game in episodes that last about four to five hours. The game is only headed to PC, Mac, and iPad, but the developers want to spread to even more platforms leading up to the game’s summer release. Combine the silky visuals with Jane Jensen overseeing the entire story-writing process, and you’ve got promising formula for fans of adventures and supernatural mysteries. 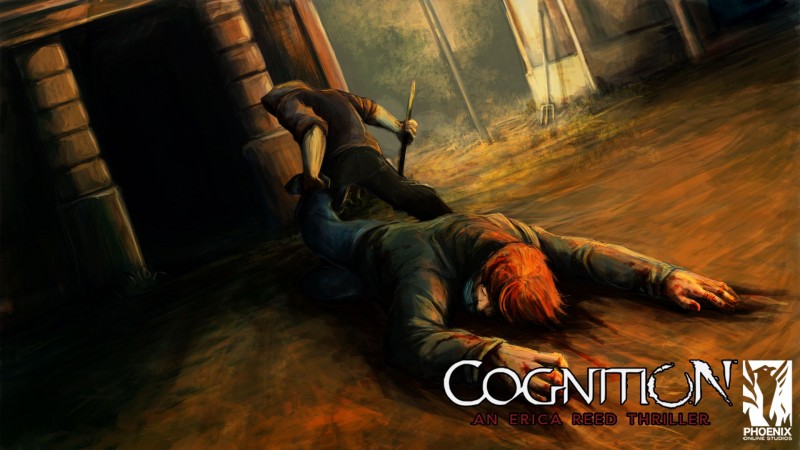 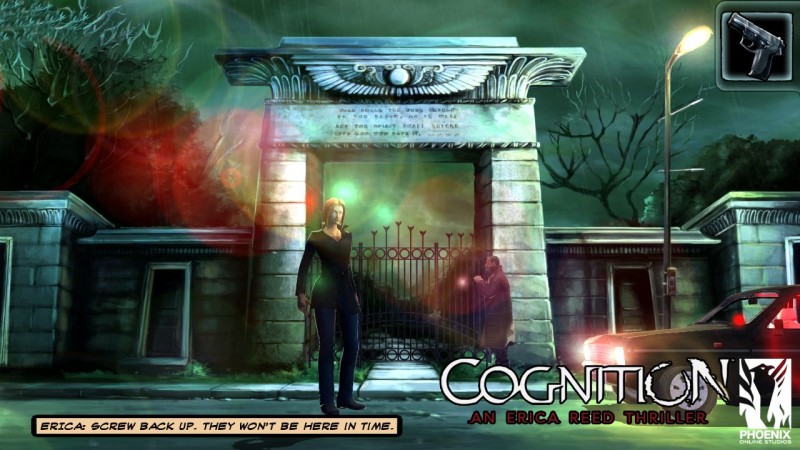 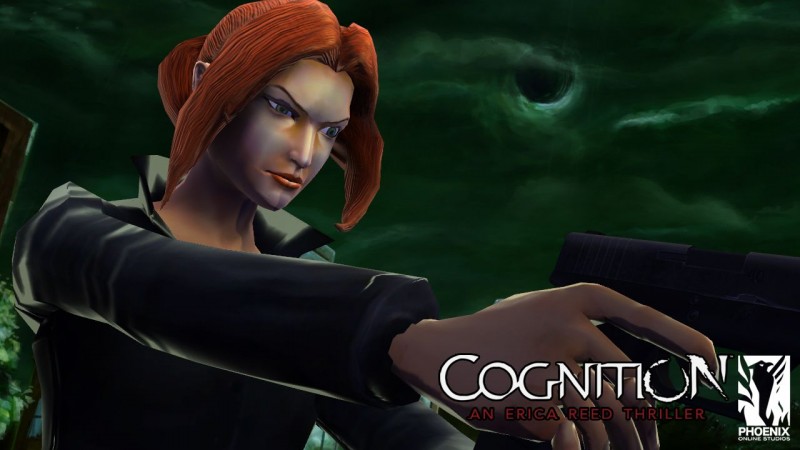 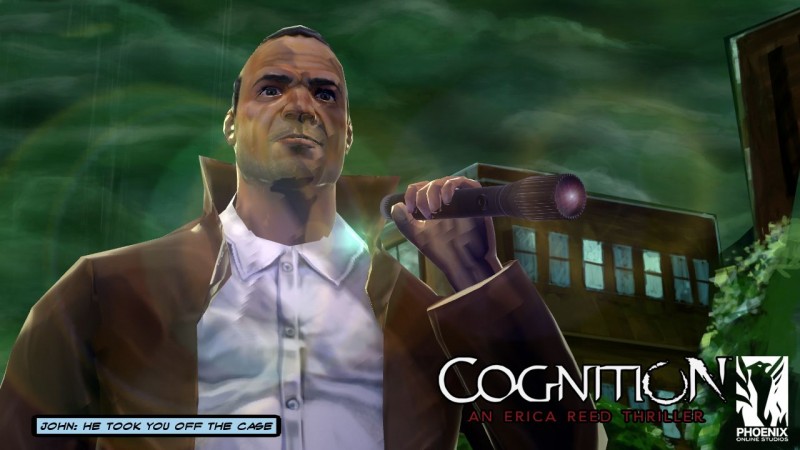 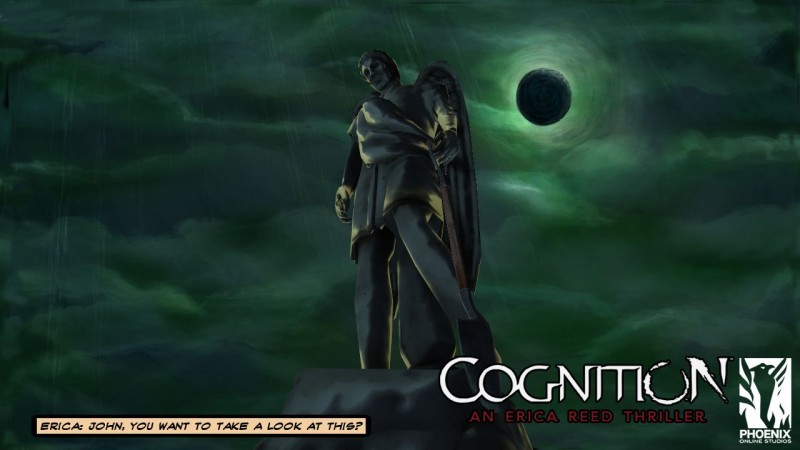 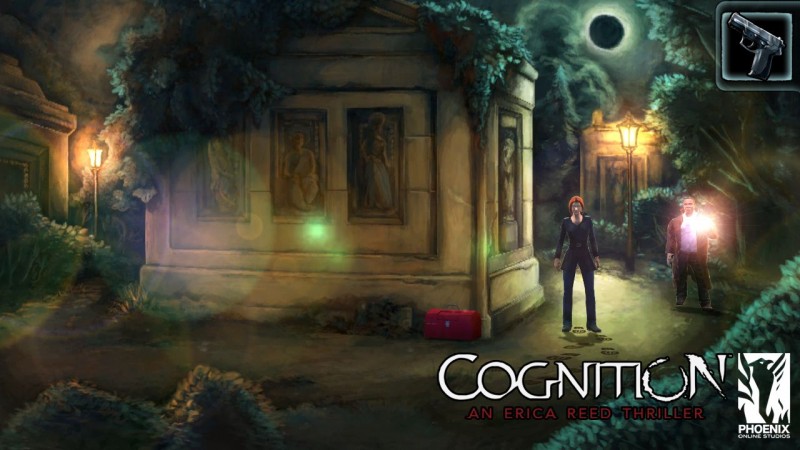 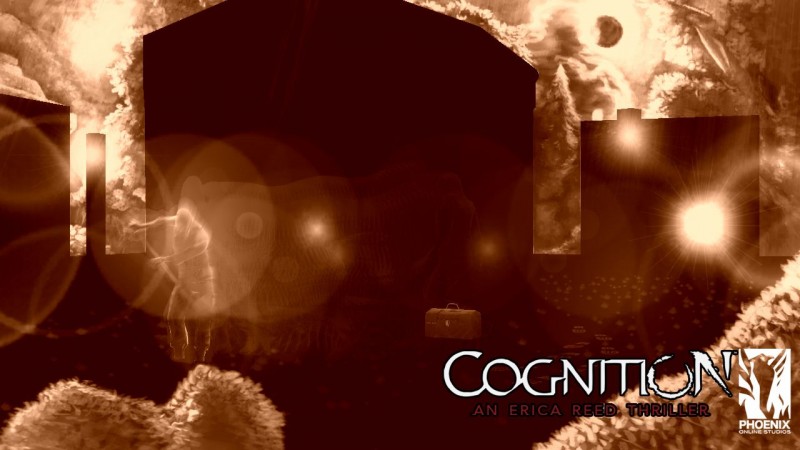 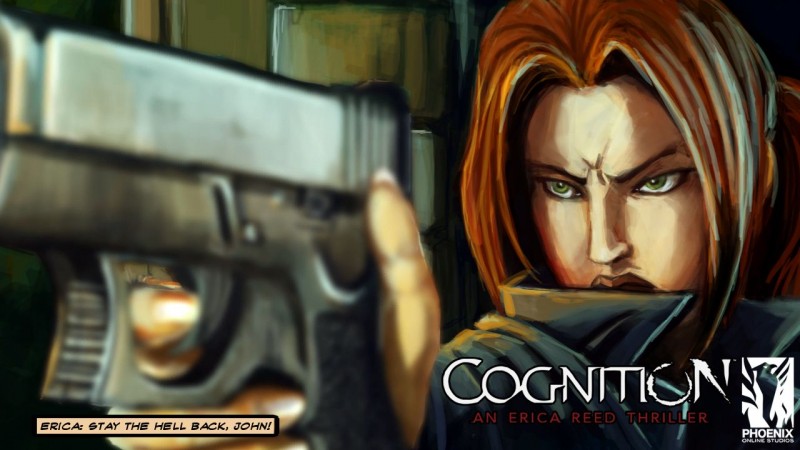 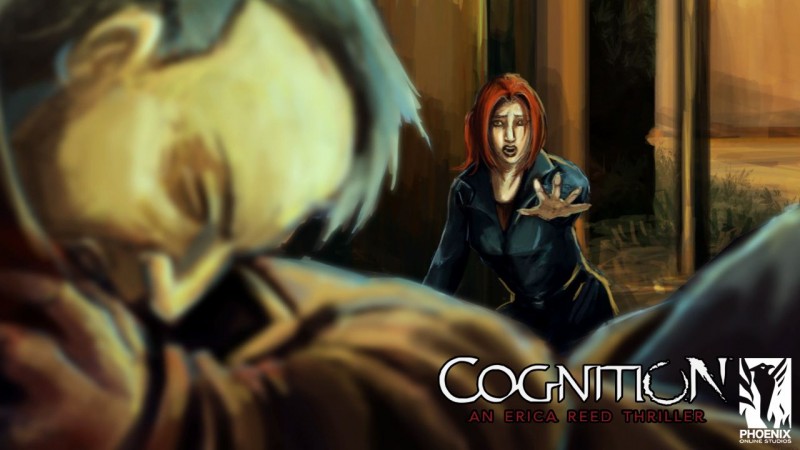 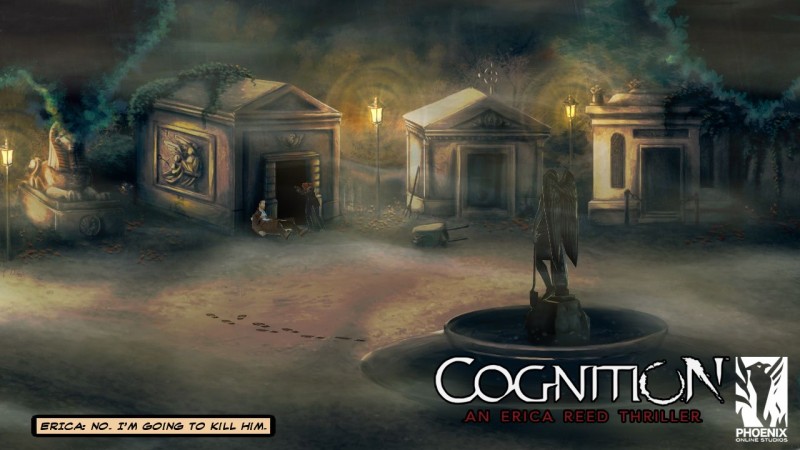 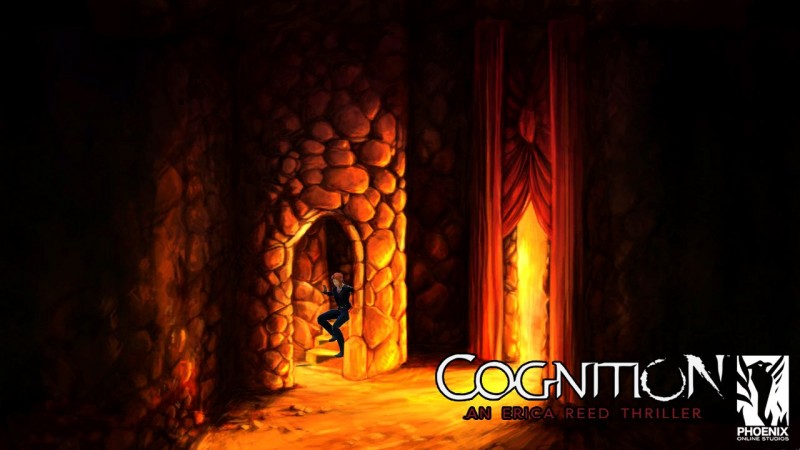 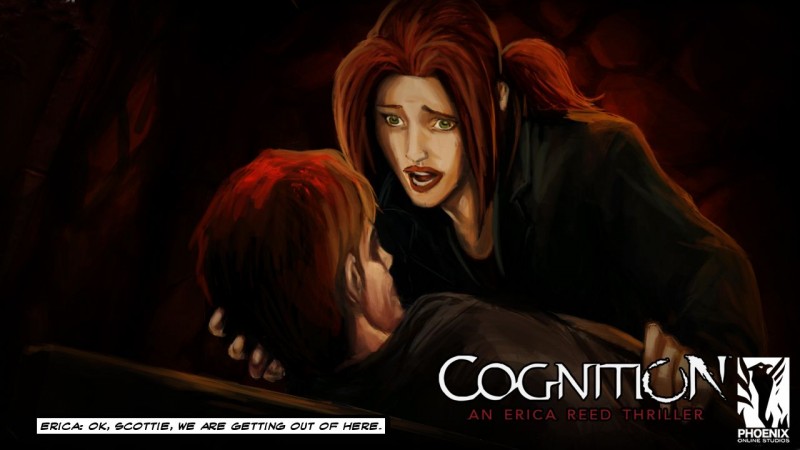 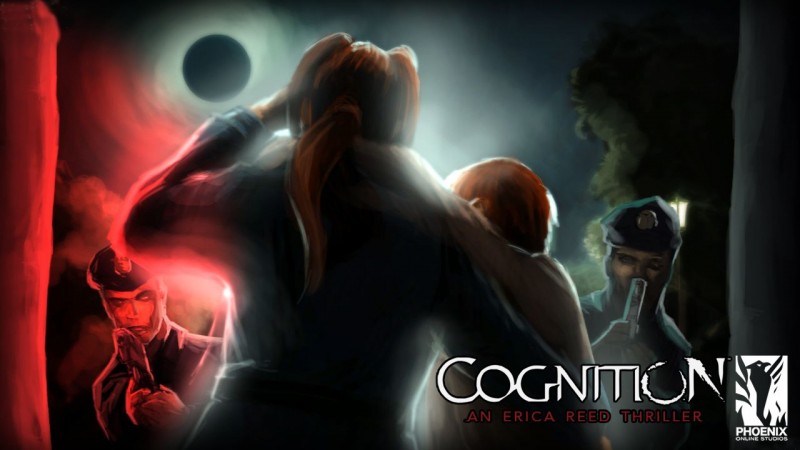 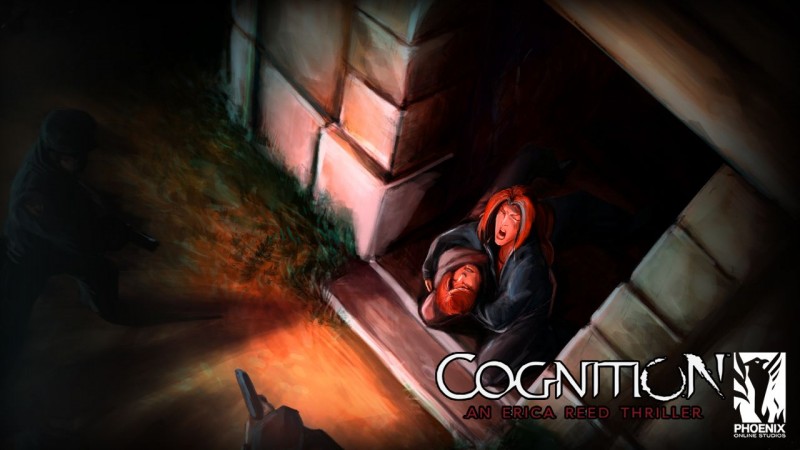 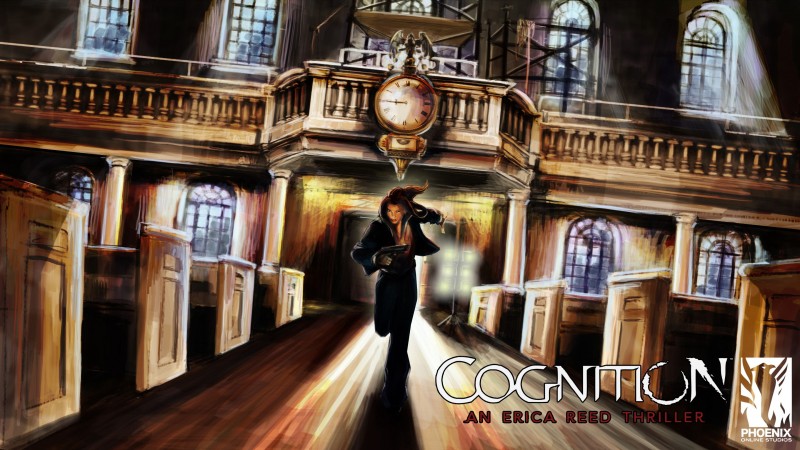