We've had our eyes on Card Hunter for several months now. Don't be fooled by the game's in-browser structure. This is a full-fledged tactical RPG with all the fixings, and the developer's pedigree is unmatched; many of the creators at Blue Manchu previously worked on BioShock over at Irrational. I got the chance in recent weeks to explore the beta version, and found this fascinating project hard to put down.

Card Hunter has a clever thematic hook. Rather than drop you directly in to the grid-based combat, the game plays out as a tabletop role-playing game run by your trusty gamemaster and friend, Gary. Sitting in Gary's basement, this fledgling GM is running you through everyone's favorite tabletop role-playing game, Card Hunter, inspired in part by his older brother Melvin's longtime association with the game. Gary narrates the story and guides you along, and just like a real GM, he's running the bad guys while cheering for you, the player. As this meta-story plays out, we'll see Melvin's condescending critiques of Gary's gamemastering skills, pass snacks around the table, and watch as Gary slowly falls for the pizza delivery girl who shows up each week. These exchanges are lighthearted and funny, but clearly rooted in the developer's memories of their own Dungeons & Dragons sessions as kids.

Embracing this premise, Card Hunter's visuals aim to match the look of an actual tabletop game. A square-grid map sits out on the table, with dice and soda cans sitting nearby. Cardboard standee minis act as your game pieces. Start a mission, and you'll see the front cover of the adventure module, depicted as an obvious homage to the old original D&D adventure booklets from the 1970s and 1980s. Between adventures, character sheets sit on clipboards for easy access.

Thankfully, the core system behind all this gorgeous window dressing is rock solid. Combat uses a deck of cards for each of your three characters. The cards included in your deck are based on the items you have equipped, and new equipment slots open up as you level. Each round of combat, your characters draw three cards from their respective decks, and then trade off card plays with the AI opponent. Once both sides have exhausted their cards and passed, a new round begins and new cards are drawn.

Cards enable every action you might want to take; movement, melee attacks, offensive spells, healing, and more are all potential options. Choosing when to use particular cards is essential for success. You might want to open a melee salvo with one of your weak attacks to force your opponent to spend one of their auto-triggered block cards, and then follow up with a more powerful attack once their defenses are down. Many spells are positional or strike several tiles in an area, so it's not unusual to be faced with the decision of blasting out a powerful spell that might do damage to one of your own party members. The interplay between cards is fascinating, and there are dozens of different cards of every type, so you're constantly trying out new tactics and facing enemies with similarly surprising abilities. Between modules, play pops out to an enormous overworld map filled with other adventure locations, shops, and taverns. One shop offers new rare equipment for a hefty price. Another lets you change your character's figurine, including their gender. New party members are available for purchase at the Tavern, though I found that I stuck with my core three-member team once I got going.

After several hours with the campaign, I've only scratched the surface of the available modules, equipment, and leveling opportunities. However, Card Hunter also includes a robust multiplayer option in which you can duel other players in one-off matches. In multiplayer, everyone's characters are set to the same level to even the playing field. However, you can customize your character's equipment/cards, so there's lot of room to improve over time. Win multiple online multiplayer matches in one day, and you'll get increasingly rarer equipment and treasure rewards.

Card Hunter is free to play, but the game includes a number of paid premium features. Players purchase the in-game currency of pizza with real money, and pizza can be used in turn to buy a number of in-game bonuses like new character costumes. Additional party members for your multiplayer team also cost pizza. However, the biggest use of pizza is to purchase a "Card Hunter Club" membership; a single purchase gets you membership for a month, three months, six months, or a year. At current prices (the pizza market is open during the beta) membership is close to $10 a month, or approximately $75 for a year. With membership, every battle you complete has an additional equipment reward, which is always cooler and more powerful than any of the normal loot you'd get without a membership. In practice, it means that paying players have access to far better cards and characters over time, which isn't a monetization structure I love - even if turns out to be lucrative for the developer. I wish that Blue Manchu would implement a purchasing model that let players buy the entire game in one lump purchase, but I also understand the need to implement a functional money-making model.

In my several hours playing the beta, I didn't purchase any additional items or characters beyond what the game provided, and Card Hunter still played great. In fact, I like the additional challenge provided by having to succeed with the normal loot provided after each encounter, even as I'm curious about the higher power items that exist behind the pay wall.

Card Hunter is wildly inventive, and the scope of both the campaign and multiplayer options is impressive. The game is part of an emerging breed of browser-based games that you should absolutely not dismiss out of hand. I'm hopeful that the final version, when played in full, is as enjoyable as this early look. If you're interested in playing, Card Hunter's open beta is ready to accept new applicants. Head over to Card Hunter's official site and request access; the developers say they should be fulfilling beta requests in the coming days. 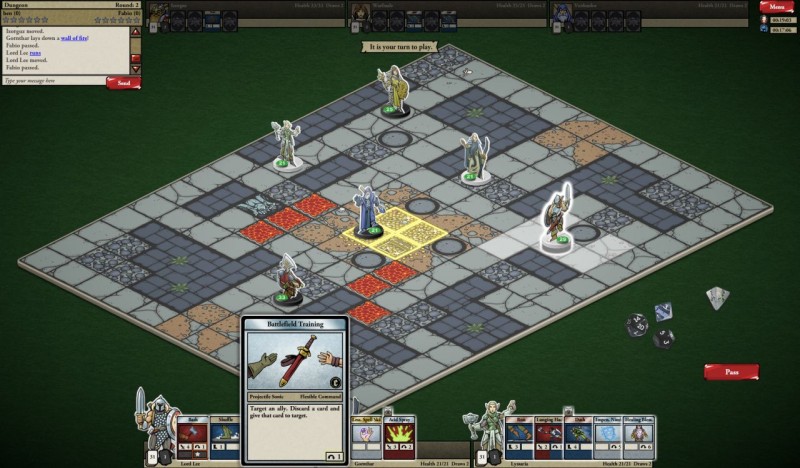 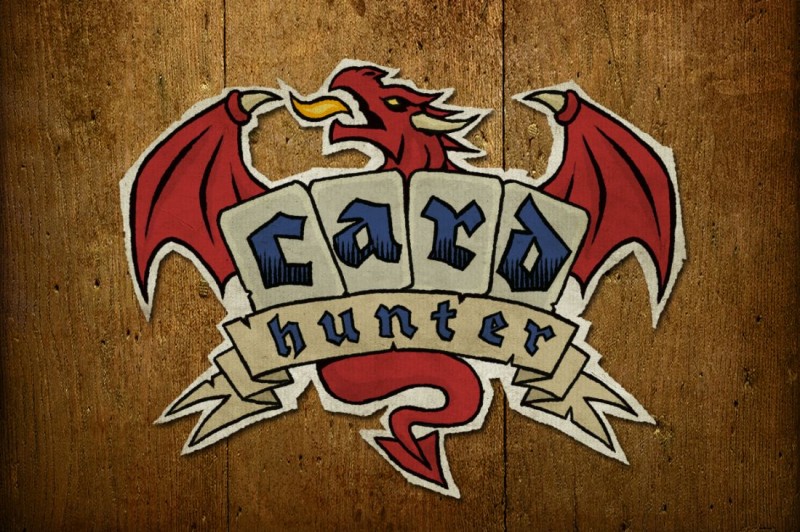 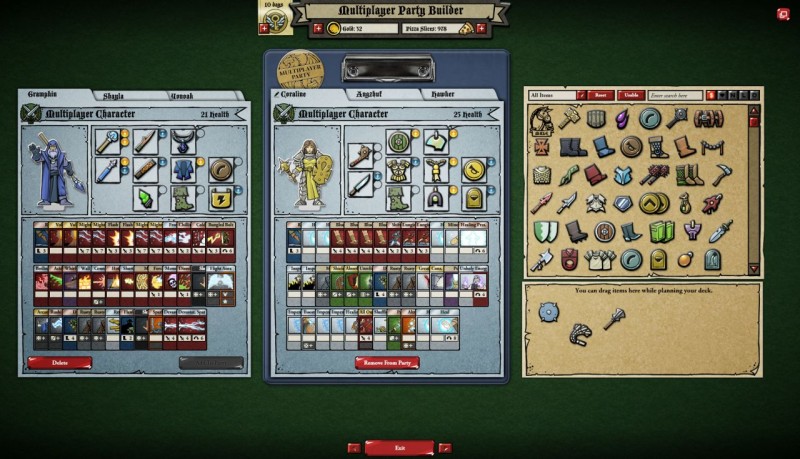 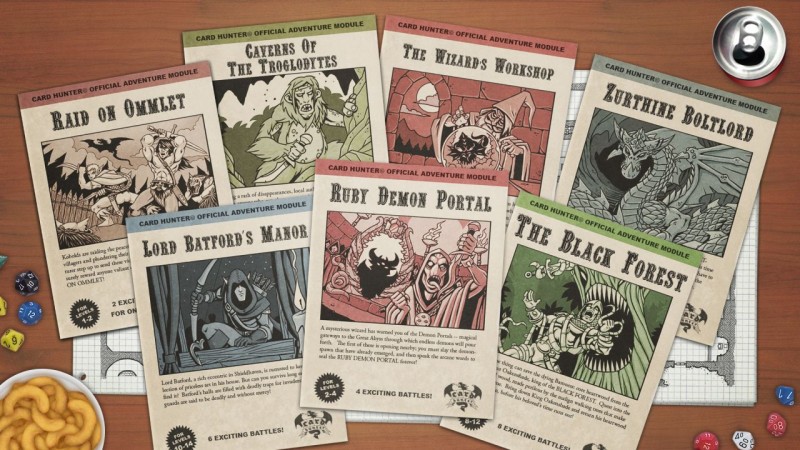 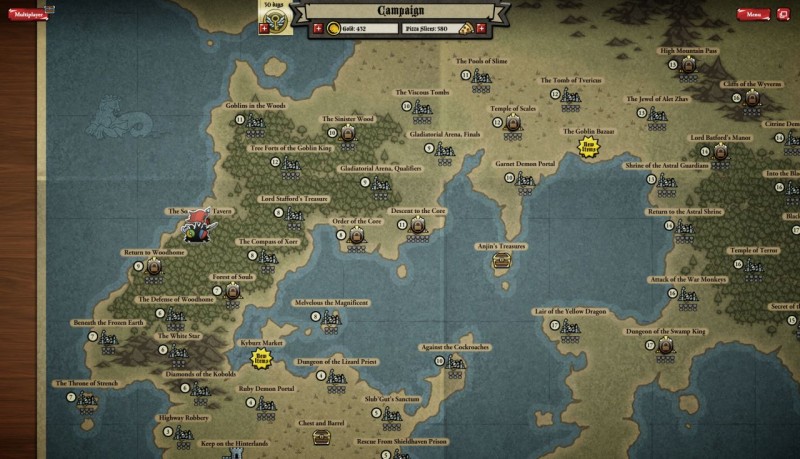 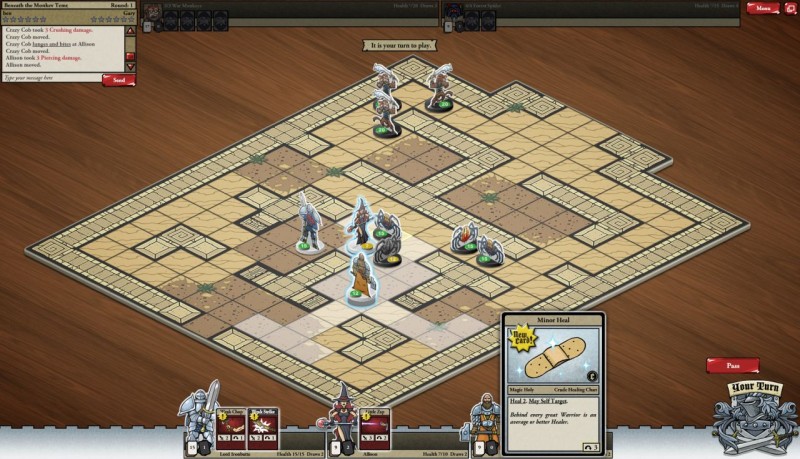 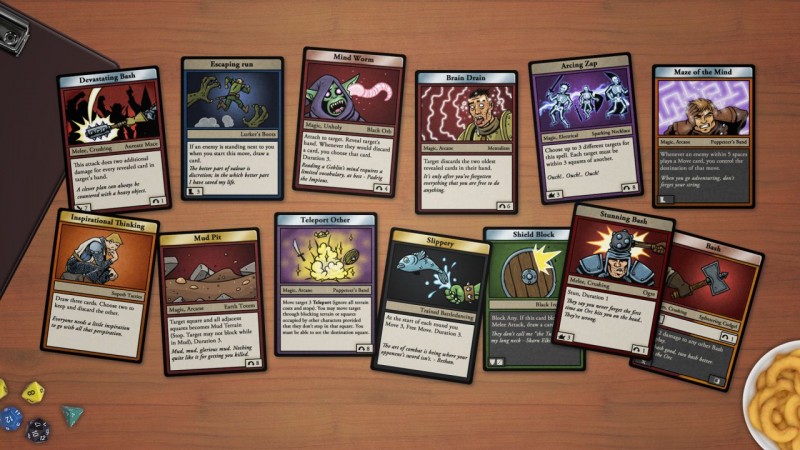 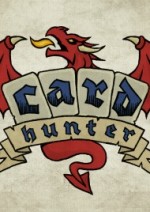