Captain Toad: Treasure Tracker comes to the Switch and the 3DS on July 13. When Game Informer's Ben Reeves reviewed the original version of the game on Wii U, he said its extensive use of the console's Gamepad almost made if feel like a handheld game. Now, it actually will be. 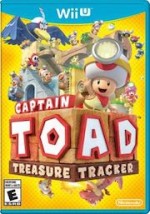