Relive Your Memories With Remastered's Launch Trailer
by Kyle Hilliard on Sep 29, 2016 at 07:00 AM For those pre-purchasers, the game's campaign will be available to play on October 5. The online multiplayer, which includes 10 maps with plans to add six more for free in December, will be online when the game wide releases on November 4..

The trailer is full of Modern Warfare spoilers, so tread lightly if you've never played the game and are hoping to be surprised. But those that played the game in 2007 will recognize many of its most memorable moments.

Modern Warfare Remastered will be included with either the Legacy, Digital Deluxe or Legacy Pro edition of Call of Duty: Infinite Warfare, which will be available on November 4. 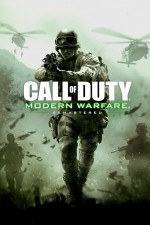