In 2011, a shooter with a horde mode is about as common as cars in a racing game. Modern Warfare 3 isn't the first to introduce a wave-based mode thanks to Treyarch's zombie modes, but it marks the first time they've appeared in the Modern Warfare universe. Each and every multiplayer map supports survival play, and it'll be accessed via the Spec Ops menu.

I played on a map called Dome, which included a subterranean bunker and plenty of angry enemies. Things started easy enough, and I was able to take out the first few waves with nothing more than a pistol and plenty of stabbing. As I played, I earned cash that allowed me to purchase ammo, guns, equipment, and air support from various armories scattered about the map.

You can purchase new guns and upgrades to your existing ones, but you can also call in help from the sky. I called in a Delta squad who promptly rappelled down from a helicopter and joined my fight. You can also bring in riot guards and air strikes once you've got the cash. My personal favorite from my time with the mode was the autoturret that did a great job of defending my turf from the invading forces.

Enemies are of the standard variety early on, but things get crazier as you advance through the waves. I eventually encountered dogs and boss fights, including juggernauts and helicopters. Later, suicide bombers appeared with C4 strapped to their backs. Once shot, a red light starts flashing that indicates you need to get away if you don't want to explode along with your enemy. Later, I even saw suicidal C4 dogs join the fray.

Waves aren't limited, so you can keep fighting as long as you can survive. Challenges will appear during every wave, which will reward you for getting killstreaks or performing other tasks.

I wasn't a huge fan of the zombie modes in previous games thanks to the lumbering nature of the enemies, but I was pleasantly surprised by this mode in Modern Warfare 3. Considering you're up against enemies that are smarter and much faster, the action is more engaging and intense. Many gamers are skeptical about how Modern Warfare 3 will turn out, but my time with Spec Ops has me optimistic about this particular portion of the title. 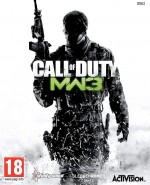