Starting this week, Treyarch is beginning a weekly live stream series leading up to the launch of Call of Duty: Black Ops III on November 6. During its first broadcast of this campaign, Treyarch revealed a new multiplayer map called, as well as the ninth and final multiplayer Specialist character.

The first reveal of the live stream was a new multiplayer map called Redwood. "This map is very different from any other map that we have in the game or any map we've really done in the past," game director of multiplayer Dan Bunting said during the broadcast. "It's set in the Redwoods – as its name would suggest – in northern California, and it's a little bit outside of the core fiction of our game, but it lives inside the universe. And it's a military emplacement that's got some sky bridges connecting between different trees and it's a very just picturesque and serene kind of setting for the mayhem that happens in war."

According the game design director David Vonderhaar, players can expect one of the most balanced maps in the game in terms of movement once they step into Redwood. Since it was the final map created during the development cycle, the team had a better grasp of how to design maps based on the futuristic movement set at the disposal of players. Bunting feels as though Redwood has several destinations that players will want to fight over spread out nicely over the course of the map. The other big reveal during the first broadcast was the reveal of the final multiplayer Specialist character, Firebreak. This new character is a fire expert with a powerful flamethrower called the Purifier as his Specialist weapon. The Purifier is seen as the next level of the flamethrower that appeared in Treyarch's last-gen game, World at War. According to Bunting, the Purifier is great for clearing out rooms and is designed to dominate at close range.

Firebreak's Specialist ability is called Heat Wave. Heat Wave is a rapid blast of heat that not only stuns nearby enemies, but also takes out nearby enemy equipment. Vonderhaar says the ability is great for evening the odds if you find yourself outnumbered during a multiplayer match.

To see the whole broadcast and learn more about both Redwood and Firebreak, you can check out the embedded video below.

If you'd like to see some higher resolution screens of the Redwood map, you can check those out in the gallery below. Call of Duty: Black Ops III hits PlayStation 4, Xbox One, PlayStation 3, Xbox 360, and PC on November 6. 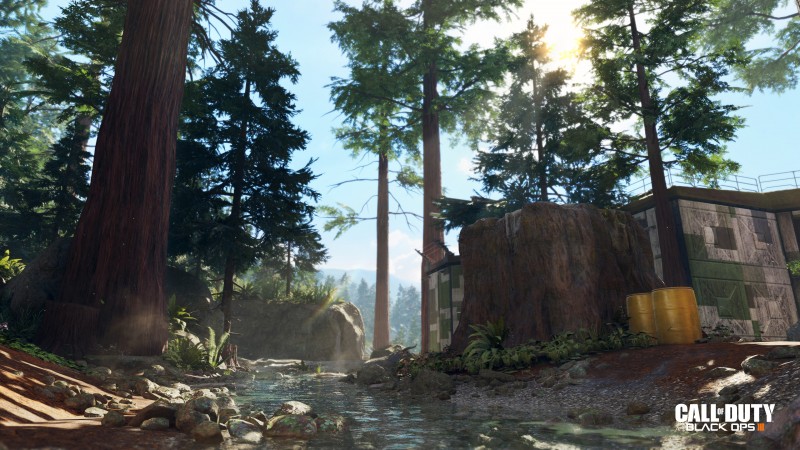 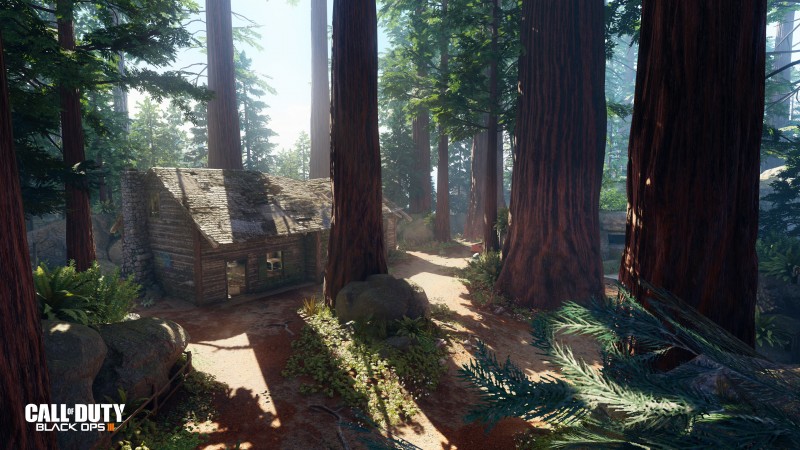 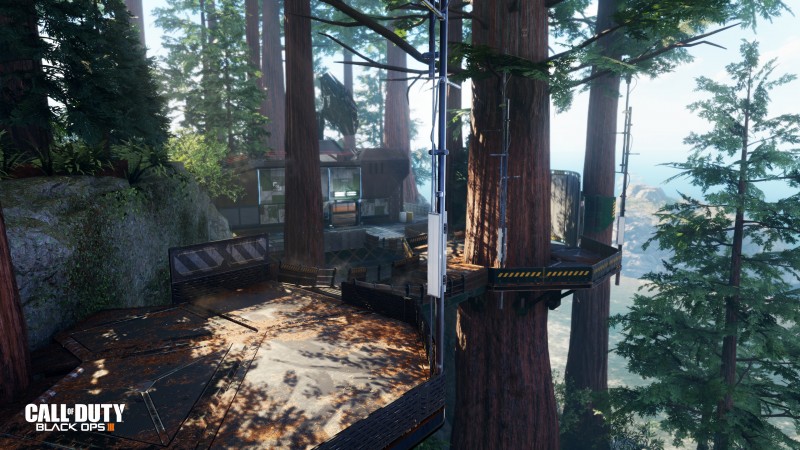