Activision Reveals Christopher Meloni As Call Of Duty: Black Ops III Villain
by Mike Futter on Sep 30, 2015 at 08:17 AM 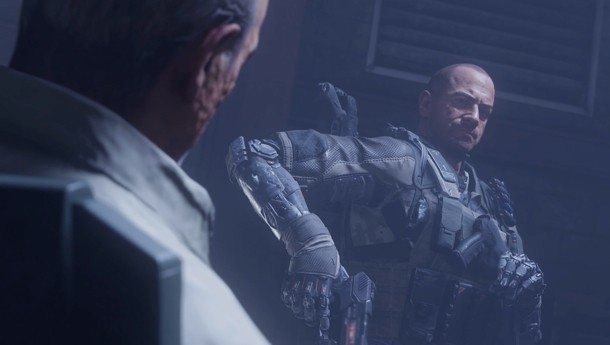 The video also hints that the neural uplink implanted in each of the soldiers featured in the story is the cause of some problems. Whether inadvertent corruption or intentional tampering, the enemy will emerge from outside and within.

This trailer comes just a day after Activision used Twitter as a viral marketing tool. The company changed the official Call of Duty account to mimic a breaking news headline feed and tweeted about a fake terrorist attack without taking steps to clearly label it as parody or promotion. Activision has yet to respond to our requests for comments about its intent behind using such tactics.

Call of Duty Black Ops III will be out on November 6. If you’re interested in the campaign, you’ll want to get it on Xbox One, PlayStation 4, or PC. The Xbox 360 and PlayStation 3 versions won’t be shipping with the story.