Call Of Duty: Advanced Warfare Co-Op Exo Survival Mode Revealed In New Trailer
by Mike Futter on Sep 24, 2014 at 07:23 AM 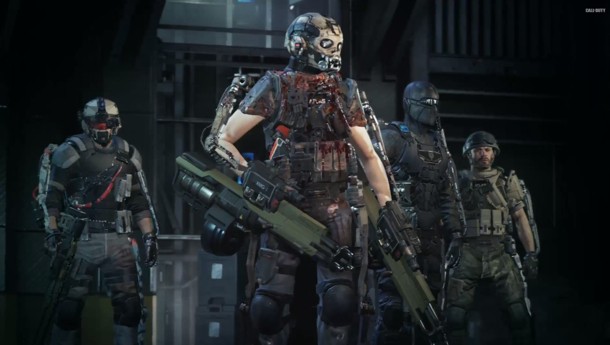 Call of Duty titles are built on three pillars: single-player, competitive multiplayer, and something else. The third leg is different from entry to entry, and has included Spec Ops, Zombies, and most recently Extinction mode.

This year, first-time lead developer is introducing its own brand of gameplay for that third part: Exo Survival. Based on the new trailer, this reminiscent of Modern Warfare 3’s take on wave-based combat.

For more on Call of Duty: Advanced Warfare, check out our impressions of the multiplayer from Gamescom. You can also read up on Sledgehammer’s take on the franchise in our June 2014 coverage hub.