Launch Trailer Revisits A Beautiful World Of Mayhem
by Jordan Leendertsen on Mar 24, 2017 at 07:15 AM Bulletstorm: Full Clip Edition got a bombastic launch trailer today, showcasing several improvements over the original release, as well as some stylish mayhem.

The remaster of the 2011 arcade shooter, Full Clip Edition comes with a wide variety of improvements, including 4K support, 60 FPS gameplay on all platforms, and all previously released DLC content. Developer People Can Fly is also adding new content, including additional challenge modes, and the ability to play as Duke Dukem throughout the main campaign, complete with full voice over. You can take a look at the trailer down below.

Bulletstorm: Full Clip Edition launches April 7 on PC, PS4, and Xbox One. For a look at the game's previously released story trailer, you can head right here. 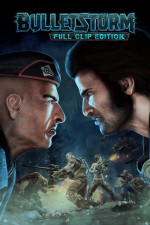