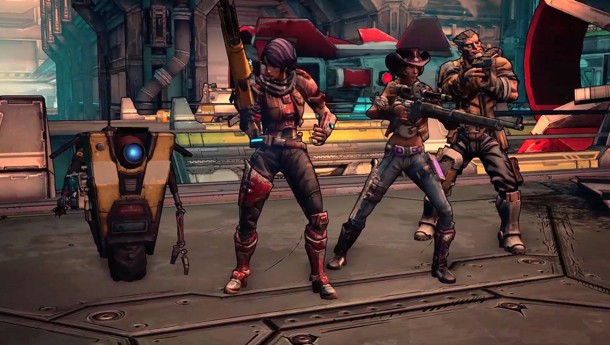 Borderlands: The Pre-Sequel is a scant month away. And if you haven’t been paying attention to our hands-on previews, character deep dives, and the new team-up between Gearbox and 2K Australia, you’re in luck. All those things we wrote about are now the subject of 10 minutes of Mister Torgue screaming.

Torgue is joined by Sir Hammerlock to discuss the (anti-)heroes, the dangers of Pandora’s moon, and the connection between this title and the two previous Borderlands excursions. Borderlands: The Pre-Sequel introduces new cryo and laser weapons, low gravity combat, and something we may or may not be allowed to call a “butt slam.”

Borderlands: The Pre-Sequel will be out on October 14. I fully expect that you will all be rolling around as Claptrap (because his class ability is fantastic).