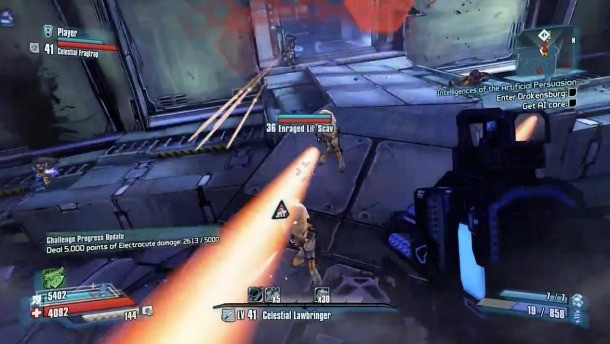 In a walkthrough video from PAX Prime, Borderlands: The Pre-Sequel developers 2K Australia and Gearbox describe the ins-and-outs of Nisha's gameplay.

The video goes through Nisha's various skill trees as well as offering a look at a good slice of gameplay depicting an assault on a derelict ship.

Be sure to also check out this recent video starring Sir Hammerlock and Torgue.