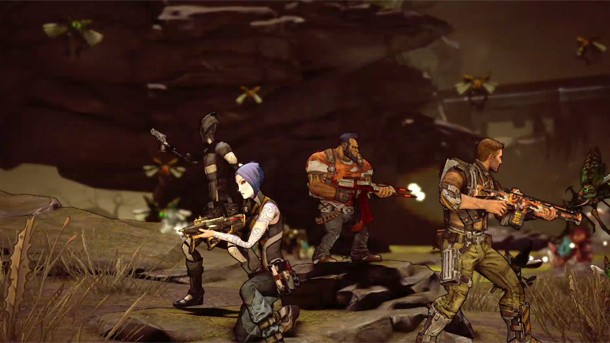 Gearbox's follow-up to its 2009 hit Borderlands looks to build on everything that made the original game great. At its core, it retains its four-person co-op shooter roots, while shifting the action to a new location and introducing additional characters. A new trailer shows off just some of the sequel's new facets, while revealing a September release date.

“Borderlands 2 is a passion project, through and through,” said Randy Pitchford, President of Gearbox Software. “The result is a sequel that has improved every successful aspect of Borderlands while innovating with an all-new experience.”

Look for the game September 18 on the Xbox 360, PlayStation 3, and PC. Early birds can also score a little extra loot via the Borderlands Premiere Club. This preorder bonus provides players with in-game swag including a golden key, vault hunter's relic, and the Gearbox gunpack.

For more info on the game, check out our Borderlands 2 hub, which is filled with loads of exclusives.