Check Out Battlefield Hardline’s ‘Hotwire’ High-Speed Chase Multiplayer Mode
by Mike Futter on Sep 18, 2014 at 10:12 AM When we spoke with EA CEO Andrew Wilson at Gamescom last month, he talked a bit about delaying Battlefield Hardline. One of the reasons he cited was to make the game bigger and more thematic.

At Gamescom, EA revealed two new multiplayer modes for the title. One of them, Hotwire, is a high-speed chase that still leans on Battlefield’s ticket-based victory model.

Driving the marked cars as either cop or criminal causes the other team to lose tickets. Standing still means you aren’t helping your team, so keep moving.

Passengers can shoot and use explosives to keep the enemy team off your tail, and hitting jumps earns you extra points. If the opposing team has the marked vehicle, you can take out the driver and steal the wheels.

There are Hotwire-specific gadgets, like the tracking dart, that can give you a leg up on taking down the competition. Battlefield Hardline is slated for release in 2015 on Xbox One, Xbox 360, PlayStation 4, PlayStation 3, and PC. 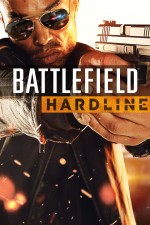