We know. It's the multiplayer portion of the Battlefield series that keeps you coming back for more. For those of you who do like diving into the scripted scenario, there's some new information that EA and DICE have revealed about Battlefield 4.

Players will step into the boots of Sergeant Daniel Recker. He and Tombstone squad are in China on the verge of coup. Should Admiral Cheng make his move, the Russian government will back him up, possibly sending the entire world into turmoil.

Accompanying Recker are Marine Combat Lifesaver Clayton "PAC" Pakowski and Staff Seargeant Kimble "Irish" Graves. As we saw in the E3 trailer, Battlefield is looking stunning, with the kind of destructible environments that fans of the series crave. 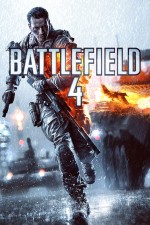