It may only be one map that we've already seen in action, but for the Battlefield faithful the dawn of the multiplayer beta is still a monumental moment. So how is the game looking one month out from its release? We found out by jumping into both PC and Xbox 360 matches.

For the beta, DICE chose the same Operation Metro map it showcased on PC during E3. The 24-player per side Rush mode competition starts in a wide open park, funnels into the Parisian subway system, and eventually spills back into the streets at the feet of the Paris Stock Exchange.

I first jumped into the beta on Xbox 360, where I had several friends online itching to play together. I'm not sure if this is the interface that DICE intends to implement on consoles in the final version, but right now it's counter-intuitive. Your friends list and squad list are located in a different menu than where you look for matches, meaning the squad leader has to navigate multiple menus just to set up a round. Unfortunately, given the state of the beta at this time we couldn't get find one match where the entire squad was migrated into the session. The servers were so jam-packed with eager players that we decided to split up, and even then it took me several minutes to find a match by myself. Unless DICE ramps up the number of servers, this could be the status quo until the public beta begins on Thursday.

The first thing that I noticed once I finally booted into the level was how drastically different the Xbox 360 version looks compared to the PC. Right now the game looks more in line with Bad Company 2  than it does the PC version. You still see elements of the powerful Frostbite 2 engine in terms of the lighting system and destruction, but the texture resolutions seem to be turned way down. It will be interesting to see how DICE fine-tunes the console performance in the coming weeks.

As is to be expected in a beta, bugs are prevalent. During my first few hours I saw dead soldiers fall through the ground, enemies spinning across the screen after being killed, bullet traces staying in the world rather than disappearing, and glitchy knife kills. I also had my ability to aim down the ironsights freeze a couple times, but switching to my handgun and back to the primary weapon seemed to remedy the problem. Before you panic, overreact, and rush to cancel your pre-order, remember that DICE is running this beta so it can test real world performance, gather our feedback, and attempt to work out the kinks before the game ships on October 25. It's perfectly normal to see these kind of issues.

Though this 360 build may not look like the PC version, the sound design takes a backseat to no one. From the jarrring and powerful sound of machine gun fire to the earth-shaking sonic booms of RPG explosions, this may be the most convincing war audio I've ever heard.

The combat takes some getting used to for Bad Company 2 veterans. At first everyone was running and gunning like it was a Call of Duty match, but eventually the players in my matches settled into their squads and started working as a team. The soldiers seem to move much more quickly than in BC2, and the guns are very lively. It took me several rounds to get comfortable with the high amount of recoil, but once I got the hang of it (very short, controlled bursts) the gunplay felt strong. You can also switch the rate of fire to single shot if you're uncomfortable with the kickback. Unlocking the scopes will make all the difference in combat, as well. The first battle for crates in the wide-open park can be tough if others can line you up in their scopes when you only have the old ironsights. Make sure you make use of prone, too, because it can be your best friend in long-range firefights and when sneaking up to the M-Com stations. Verbal communication is key as well, because the information feed doesn't notify you when squad mates are downed.

The player progression moves quickly thanks to a generous experience award system that even rewards you for skill-less tasks, like having teammates spawn on you. In a little over an hour I had moved up four ranks and unlocked several useful weapon attachments. I should note that many of these these upgrade paths are linked to the weapon you're using, not your overall rank. If you unlock a scope for the M16A4 that you use as an Assault soldier while playing on the U.S. side, it won't be available when you're using the AK-74M as an Assault soldier on Team Russia. This distinction from Bad Company 2 should drastically increase the number of available upgrades and encourage players to master their favorite weapons.

When I switched to the PC version after tiring of the failed matchmaking on the Xbox 360, it was like upgrading from a Ford Fusion to a Ferrarri. It looks gorgeous, runs smoothly, and features a unique browser-based interface that allows you to track stats, talk to friends, and launch games straight out of Firefox or whatever other browser you have. The fact that the PC version looks a great deal better shouldn't come as a surprise, considering that the core engineering of the Xbox 360 and PlayStation 3 are several years old, while the PC technology continues to grow at a steady rate.

That said, the PC version has its share of front-end issues, as well. You can't load into the front menu to fiddle with your visual settings before joining a match. Instead, when you launch the game it opens both Origin and your web browser. From here you can look at the available servers, but the lists don't seem to be updating quickly, because every one I clicked was full. When I used the Quick Match option it took a couple of tries before a match launched, and after I finally got in I was surprised that it didn't launch me directly into a full screen view. Who wants to play a game through a small window?! You can change this setting in the options, but it would be nice if you could handle all of these types of issues before your soldier is on the ground and the bullets are live. The rest of the Battlelog functionality  -- stat tracking, friends lists, and chat -- are much more polished. If you want to toggle between your progress on console and PC, all you need to do is find the tap at the top of the screen.

What are your first impressions of the beta thus far? 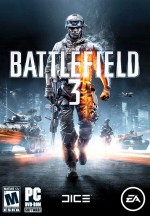