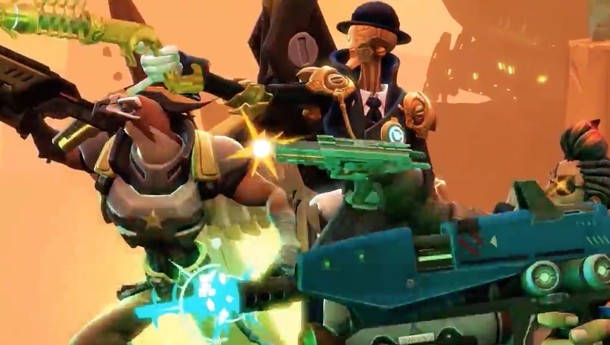 The Battleborn open beta kicks off on April 8 for PlayStation 4 owners and April 13 on PC and Xbox One. If you’re not sure what to expect, there’s a 12-minute trailer to catch you up.

Within, you’ll learn about the story, the different factions, and the competitive multiplayer modes. You may have heard the term “MOBA” used to describe Battleborn, but that’s only one mode.

The open beta will include two story mode episodes, two multiplayer modes, all 25 heroes, and the progression systems. Battleborn will be out on May 3 for PlayStation 4, Xbox One, PC. For more, check out a hands-on preview.