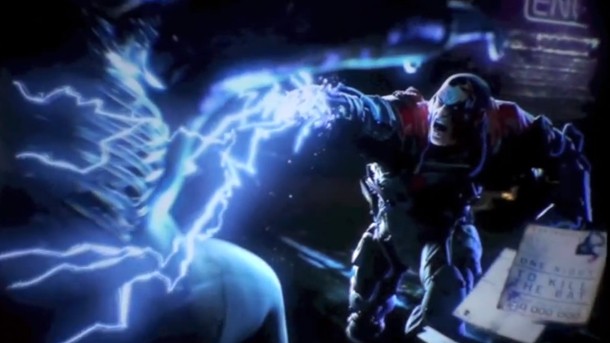 Unless you are a more serious DC Comics fan, you likely haven't heard the name "Electrocutioner" before. Lester Buchinsky is a criminal and thug that uses electricity generated by his costume to assail his foes. We'll be taking him on in Batman: Arkham Origins.

This trailer, filmed by a fan at New York Comic Con, reveals that Electrocutioner works for Penguin. It appears that the fight takes place aboard Penguin's mobile arms market, the Final Offer. Why he's working with Penguin is something we'll just have to wait to find out.

Batman: Arkham Origins is out on October 25, 2013, for Wii U, PlayStation 3, Xbox 360, and PC. You can read our recent preview featuring the Penguin's lair and a fight with Deathstroke here.