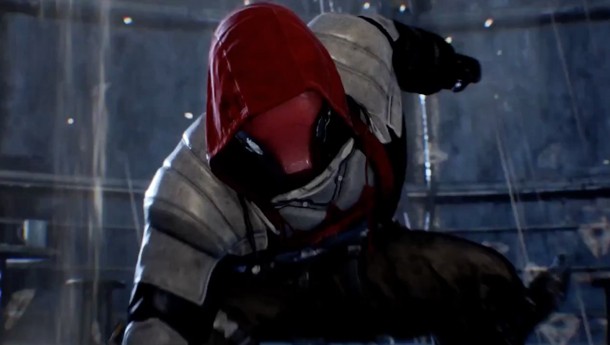 The mysterious Red Hood wears a blood red Bat-symbol on his chest, but his methods are not the Dark Knight's. Batman might not abhor violence, but he doesn't use guns and he certainly doesn't kill.

In this brief trailer for a story pack for Red Hood, you'll see a different path to problem solving. The vigilante uses his guns in combat, and executes enemies with extreme prejudice.

At least at launch, the Red Hood story pack is a pre-order bonus at GameStop [Disclaimer: GameStop is Game Informer's parent company]. For more on Batman: Arkham Knight, check out our coverage hub from April 2014.