The Bat Family Takes The Spotlight In Latest Batman: Arkham Knight Trailer
by Mike Futter on Apr 27, 2015 at 03:01 AM 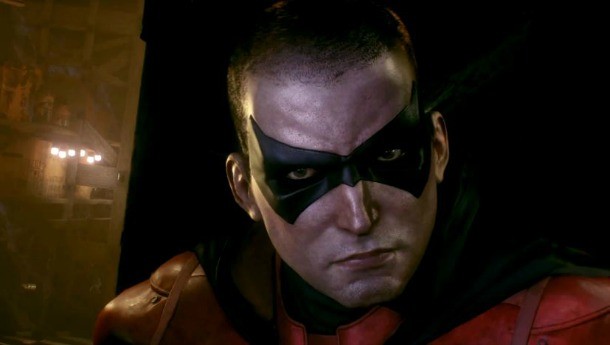 With Batman: Arkham Knight on a collision course for a June release, we're starting to learn more about the Dark Knight's arsenal. Those wonderful toys aren't his only assets. The enigmatic hero has assembled a team of allies.

Over the weekend, Warner Bros. and Rocksteady teased the appearances of Catwoman, Robin, and Nightwing. Now we get to see them in action.

It's not quite clear yet just how we'll encounter the other heroes, or if we'll be able to take control of them in the story. There are a number of team-up attacks (called "Dual Play") on display though, which makes us wonder just how those will be implemented.

We'll know more on June 23 when the game launches (and if we're lucky, even before that). Batman: Arkham Knight is headed to Xbox One, PlayStation 4, and PC.

For more, check out our coverage hub from the April, 2014 issue.