That's right. Bastion, one of our highest reviewed downloadable games ever, is set for release on August 16th. Supergiant made the announcement on their website, and shared some other details about the PC version.

The reworked port will run in 1080p resolution, and will include remappable PC controls in addition to gamepad support. The game will release DRM-free on Steam for $14.99. Other digital distribution services will also carry the game beginning later this year.

In related news, you can now purchase the full soundtrack for Bastion over at Bandcamp.

Have you played Bastion yet on XBLA? Will you be picking up the PC version? 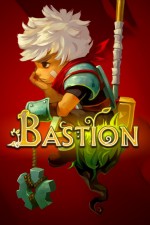