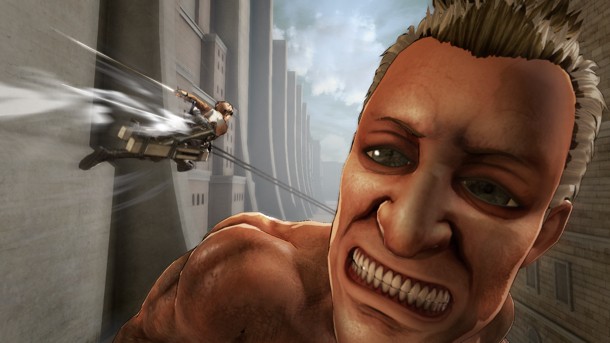 Koei Tecmo’s Attack on Titan (now the official name), is coming in August. A trailer announcing the release date and platforms gives us a great look at the high-flying action.

Based on the anime and manga of the same name, Attack on Titan pits humans living in walled settlements against carnivorous naked giants. The game, developed by Dynasty Warriors developer Omega Force, doesn’t look anything like the long-running Musou series.

The story is pulled from the anime’s first season. This means you’ll be reliving familiar moments from the show instead of experiencing a new story. Provided there is enough story there for those that haven’t watched the animated version, that could work out quite well.

Attack on Titan will be launching on August 30. You can play it on PlayStation 4, Xbox One, PlayStation 3, Vita, or PC.