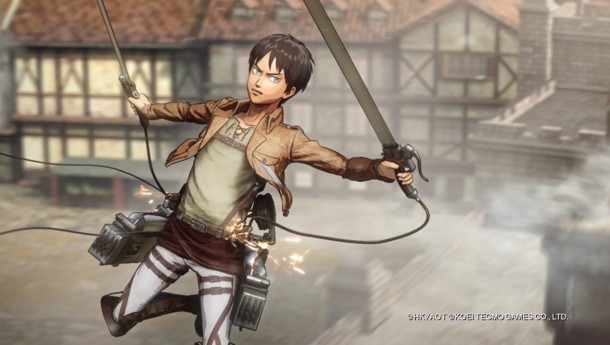 The latest trailer for the Attack on Titan game from Omega Force shows off some familiar faces. The game is coming to PlayStation 4, Xbox One, PlayStation 3, Vita, and PC in August.

Our latest look at the game introduces the various playable characters, ranging from our main characters Eren, Mikasa, and Armin to lesser soldiers like Sasha and Conny. We also see the titan transformation in action, showing that players will be able to spend a portion of the game in control of one of the titular beasts. Fans of the series won't get any new story in this game, as it is a recreation of the show's first season. Check out the new trailer below.

Attack on Titan will hit all available platforms on August 30. Omega Force, of Dyansty Warriors fame, is the developer.