Between Sharks And The Towering Man Of War, Kenway Has His Hands Full
by Brian Albert on Jul 22, 2013 at 08:30 AM
Publisher: Ubisoft
Developer: Ubisoft Montreal
Release: November 12, 2013
Rating: Mature
Platform: PlayStation 4, Xbox One, Switch, Wii U, PlayStation 3, Xbox 360, PC Every great pirate needs a great ship; Edward Kenway is no exception.

A batch of new Assassin’s Creed IV: Black Flag screens from Comic Con show off combat and life aboard Kenway’s vessel, the Jackdaw. In addition to shark stabbing and spyglass looking, the images preview some of the weapons and tactics available to Kenway, as well as some of the other (larger) boats you can expect to see. The Man of War in particular is very intimidating.

Our own Ben Reeves was treated to a tour of the real-life Jackdaw at San Diego Comic Con. Yes, he took pictures. 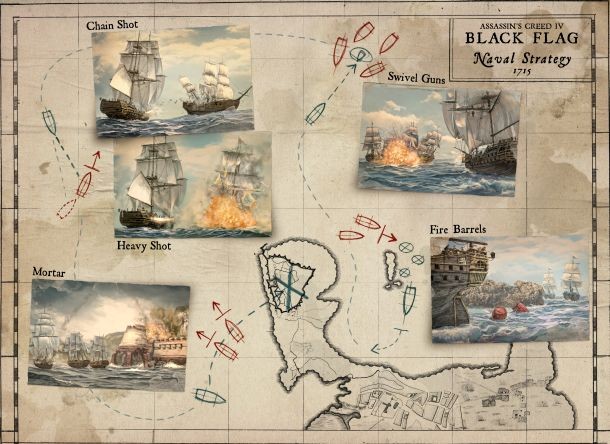 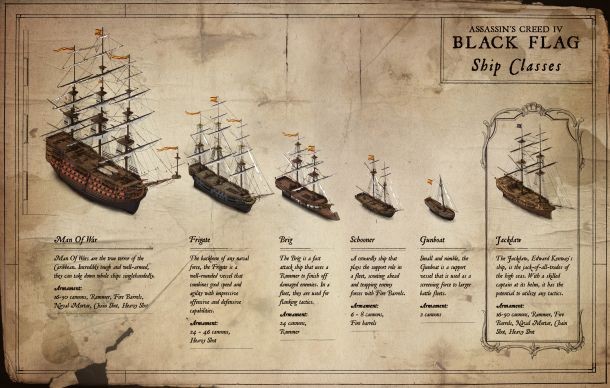 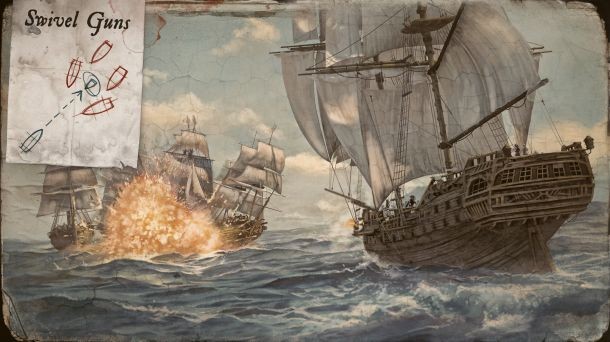 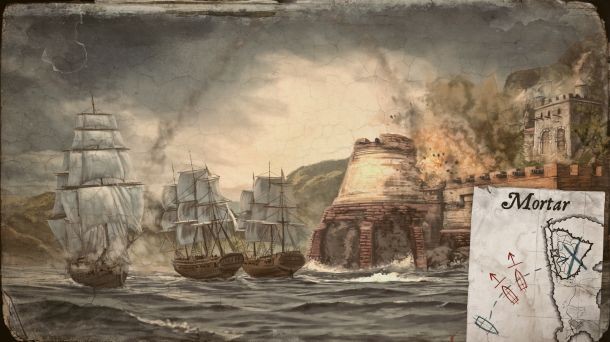 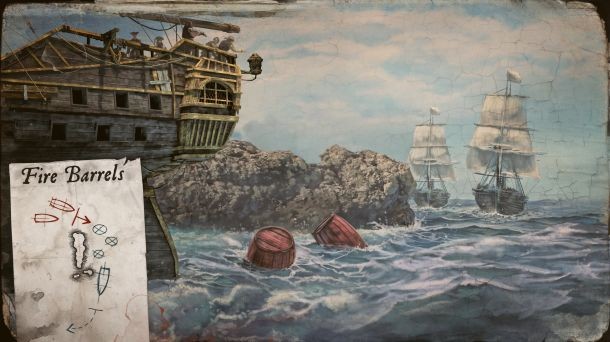 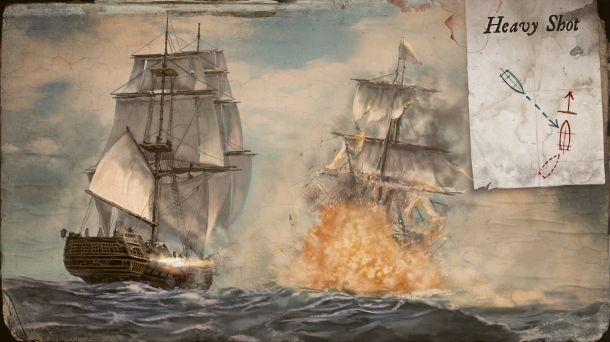 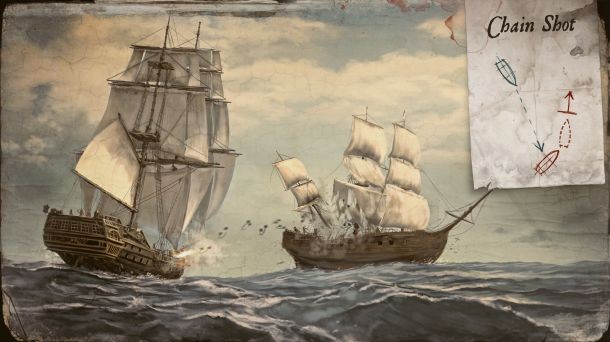 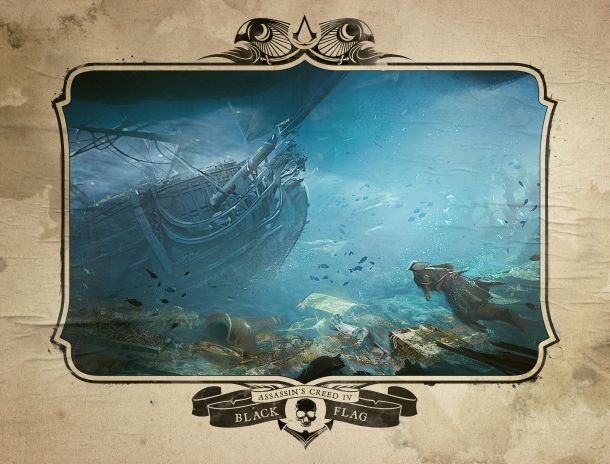 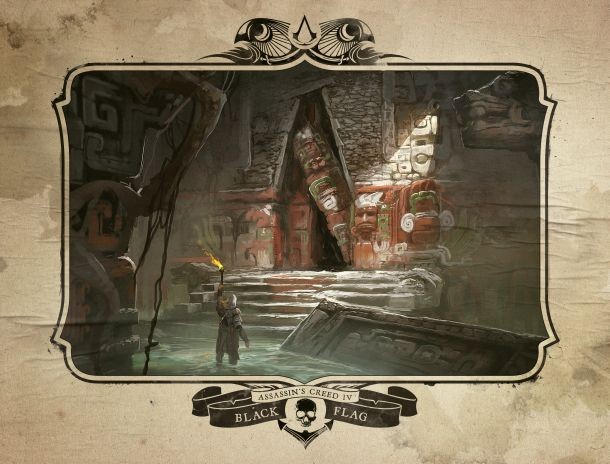 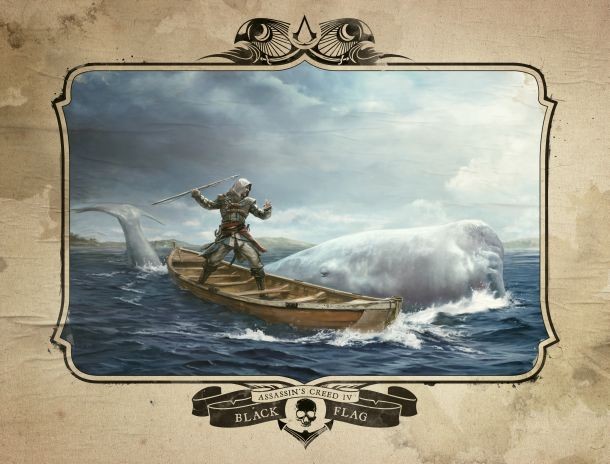 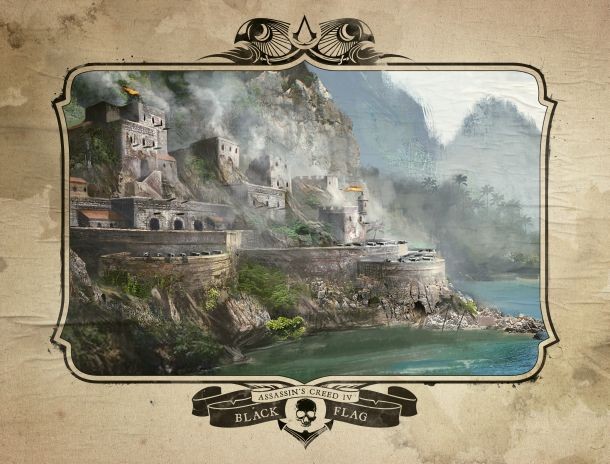 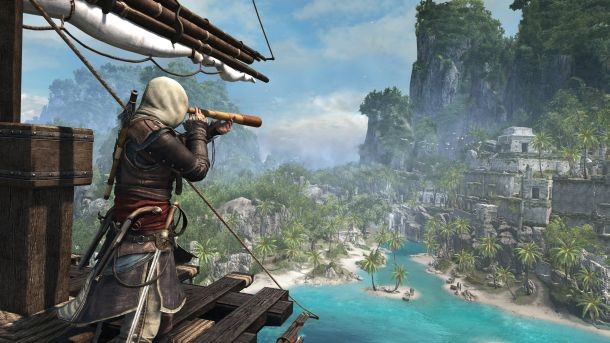 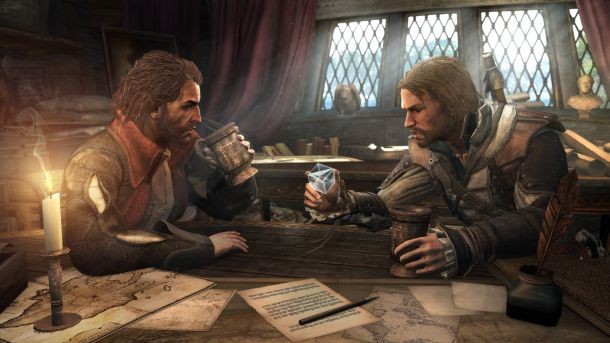 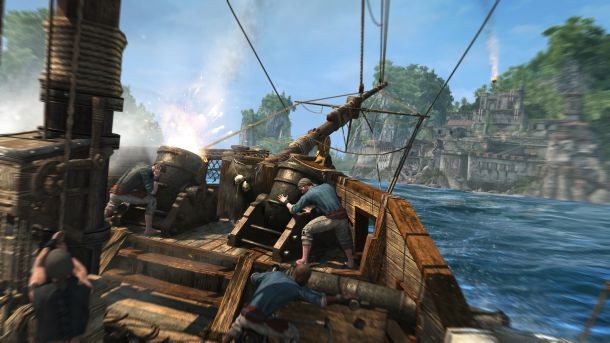 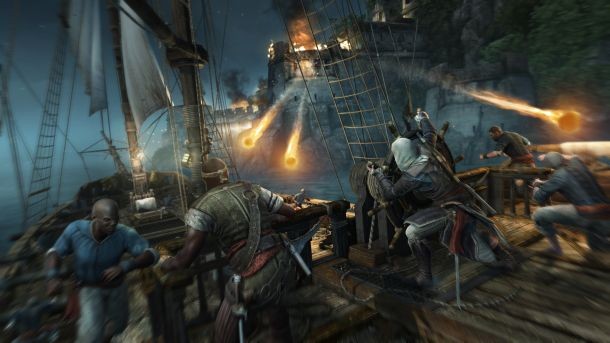 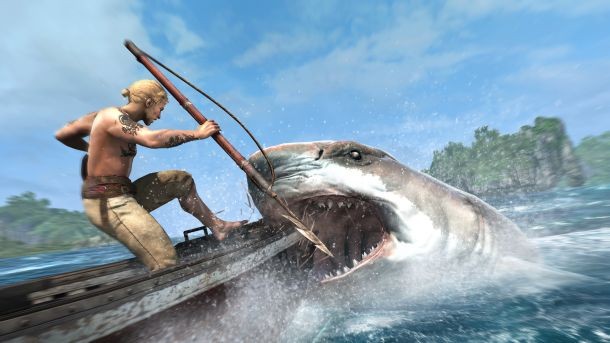 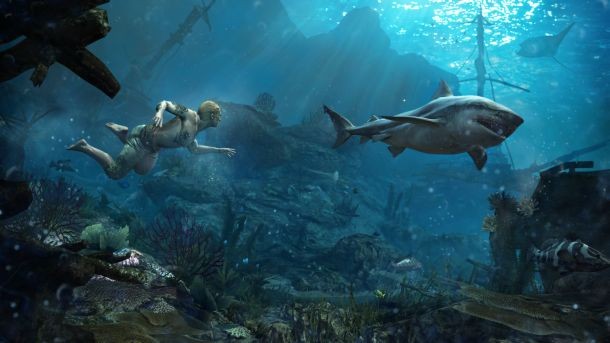 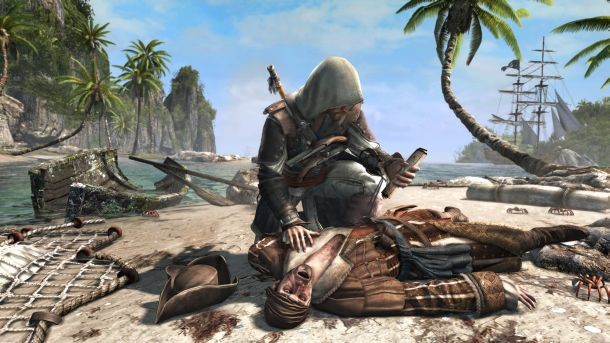 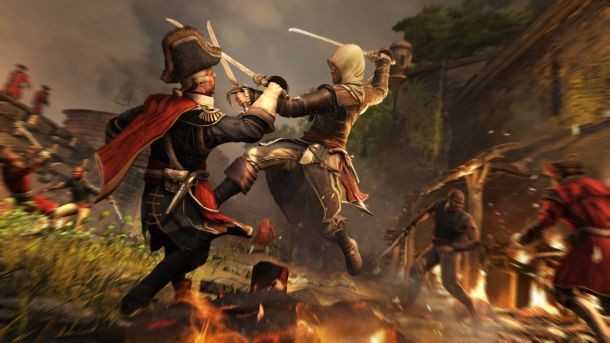