We’re only a week away from the release of Ubisoft’s biggest holiday title. Assassin’s Creed II is an incredibly ambitious game rooted in great ideas of the first game, but with some major changes to the formula established in that 2007 blockbuster. Whether you’re eagerly anticipating the sequel or skeptical of it due to problems you had with the first game, it’s worth your time to take note of the biggest changes to the second installment.

Setting
This should be obvious for anyone who followed the development of Assassin’s Creed II, but it remains one of the most fundamental shifts for the franchise. Unlike the Crusades-era Holy Land of the first entry, Assassin’s Creed II catapults 300 years into the future to continue the conflict between the Assassins and the Templar in Renaissance Italy. Italy during this period is a hotbed of artistic expression, architectural wonder, and constant growth. It’s also a cauldron of shifting alliances and warring factions. These elements combine to create a stunning dichotomy of beauty and violence. Following many actual historical events, the game inserts the fiction of the Assassins, and makes it integral to these pivotal moments. Cities like Venice and Florence are meticulously mapped and presented as they appeared during the period. At one point during our time with the game, we couldn’t find a particular landmark we had missed. We hopped online and found a modern visitor’s map to Venice, located the historical building, and sure enough, it was right where it was supposed to be in the game.

More than place has changed; the flow of time is a more prevalent component as well. In the first Assassin’s Creed, Altair‘s journey took place over a single summer in 1191. Assassin’s Creed II stretches across years of the life of Ezio Auditore. His growth into a master assassin carries more, as you drop in on important moments of his life, only to fade away through a haze of the years between those events.

Structure
If there was one pitfall that plagued the first game in the series, it was repetition. Even some fans that loved the game felt there were too many repeated side-missions, and major assassinations often felt too similar to each other. Ubisoft Montreal took these concerns to heart, and has pumped out a sequel with a completely different approach to progression and overall game structure.

Emulating many other successful open world games, Assassin’s Creed II delivers a freeform approach to story progression. Players tackle the story in a more linear way than last time; as they move from one mission to another, each plot event feeds into the next. However, between each major mission, an overwhelming number of other non story-missions, activities, collectibles, and places are available to explore. The main story completely abandons the previous approach of static investigation sequences (like pick-pocketing and eavesdropping) in favor of meaningful story missions that build up to a big assassination. Very few of the missions feel like something you’ve done before. In fact, several missions go out of their way to do something profoundly different, such as a dangerous cross-country carriage journey, or the maiden flight of a certain famous inventor’s flying machine. Meanwhile, the other activities you might attempt to complete are far more active and reward-driven. Money
One of the other big complaints leveled at the original Assassin’s Creed was the lack of meaningful rewards. The many side missions and collectibles rarely offered any in-game connections to make them worth the time. In Assassin’s Creed II, that will be a hard complaint to level, thanks in large part to the new economic system. The amassing of a fortune in florins is a constant feature of the game – and nearly every activity awards you with currency. Finish a major assassination mission, and you get money. Complete a side-mission race through the city, and you get money. Find one of dozens of hidden treasure chests throughout the world, and you get money. Your collected florins are essential for meaningful progress through the game, and every activity that provides you more cash gives you increased options to spend in a way you desire. Spend how? Keep reading to find out about upgrades and collectibles.

Extra Activities
There is plenty to do in Assassin’s Creed II, even if you chose to only tackle the story missions. For more completist players, Ubisoft Montreal integrated a far more robust set of extra activities. Employers offer assassination contracts via pigeon coops. Races through the town and country let you test your platforming speed and skill. Unhappy wives beg you to beat up their cheating husbands. Hidden tombs hide special secrets from the history of the Assassin order. Mysterious images hidden on the sides of ancient landmarks reveal a major revelation. Guarded documents tell the story of Ezio’s most famous ancestor. Lost statues are scattered about your home city, waiting to be reacquired. Heck, you can even establish a detailed and exhaustive collection of actual Renaissance paintings! The Future
One of the most intriguing but untapped areas in the first game were the sequences set in the future, where players learned about Desmond, Lucy, and the strange illicit activities of Abstergo, the modern-day branch of the Templar organization. Ubisoft has gone on the record as saying that the Assassin’s Creed story is ultimately about Desmond, and that belief is on display in the second console installment. We don’t want to ruin anything, but it should be enough to say that players see a lot more of this future world than a single room with an Animus machine.

At the same time, there are actually fewer instances where players return to the future in between major events in Renaissance Italy. In the rare instances that you do interact as Desmond, it’s because the game is revealing a major developing plot point and something important happens to Desmond. Instead of the constant returns to the future, most of the content related to Desmond is now handled in the pause screen, otherwise known as the Animus Desktop. Here, an incredibly extensive database of historical information builds up as you explore the world. Templar conspirators are indicated and described. Documents that Ezio finds in the world can be read or examined. Through this desktop, Desmond’s handlers in the future communicate information all the time. Consequently, you’re always in the action with Ezio, but you never lose touch with the wider adventure of Desmond. The Villa
We’re going to tread lightly here, for fear of revealing something you might not want to know. Ezio has a home base in the game, much as Altair would return to Masyaf on a regular basis. However, this time, that home base changes significantly over time, in direct response to decisions that you make as a player.

Collectibles
Assassin’s Creed II has hundreds of collectible items, just like the first game. Unlike the useless flags, however, every item you pick up has meaning. The simplest of these, treasure chests, provide some much needed currency. Almost all the other collectibles (one of which is required for game completion) are tied to the story of the assassins, the tale of Ezio’s family, and the importance of Altair as part of that family.

Upgrades
Upgrades in the first Assassin’s Creed were provided purely through story progression. Complete a major assassination, and you’d get more health or a better sword. The sequel still delivers occasional upgrades as you move through the storyline, but upgrading decisions are driven by the player. Thanks to the currency system mentioned above, new weapons and armor are available all the time, giving a role-playing tone to the experience. Your cache of medical supplies and one-use weapons is also purchased, and a trainer is available to teach you a few special skills. For one particularly sweet armor upgrade, players must collect a number of special items hidden throughout the world. Answers to the Mystery
The inconclusive ending to the first Assassin’s Creed left a lot of gamers scratching their heads. What are the strange drawings on Desmond’s cell walls? What is that strange item Altair held in the final moments of our time with him? Who is Lucy, and is she a friend or foe? Assassin’s Creed II wastes no time in delivering big answers to some of these big questions, and a playthrough will give every player a larger understanding of the complex fiction of the Assassins and their world. That’s not to say that the game doesn’t move on and offer even bigger questions this time around.

Scope
From the broadest view, Assassin’s Creed II differs from its predecessor in size and ambition. The game is far longer and more complex, giving players more to do, and keeping everything exciting and unique. A game with this many optional features is hard to clock, but our playthrough exceeded 20 hours before we went back to grab all those fascinating collectibles. Players won’t encounter all the different major gameplay features until playing several hours into the game. The story is bigger, more emotional, and better told than it was the first time around. Assassin’s Creed II changes a lot – a risky proposition, given how successful its first installment was. It would have been easy to stick with the existing formula and hope for the best. However, the changes this time around are without exception implemented for good reason. Gamers will have the chance to judge for themselves whether those changes are worthwhile when the game releases on November 17th. 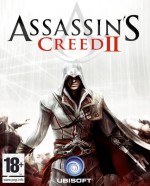