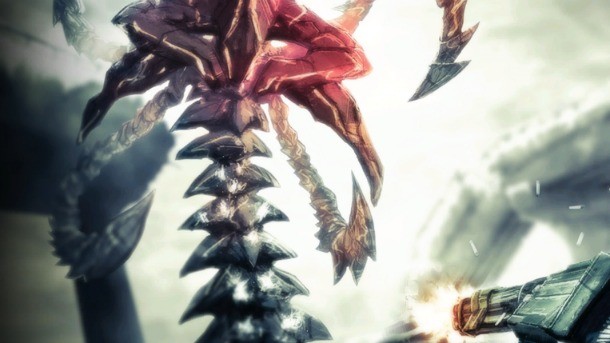 11bit Studios tries to go bigger and better with its next entry in the Anomaly series. The return to the man-versus-machine war means a more strategic approach to “tower offense” and a whole new engine. Humanity is losing Earth and Convoy Yukon is on a mission that could change the direction of the war.

Anomaly Warzone: Earth turned tower defense on its head. In Anomaly 2, this twist resembles more of a PC real-time strategy experience than a traditional tower defense game. Most of my playthrough was spent planning my approach of attack. From the tactical map, I bought and upgraded units and carefully planned the whole battle. How can I take advantage of this cluster of buildings with a flamethrower unit? How can I navigate the map so my long-range unit can wear down this tower?

Once I was satisfied with the approach, I watched my units march forward. Units head in one direction and at one speed, resembling a train stuck going forward. Beyond changing the route of the caravan during battle, players can use strategic abilities. Players can repair units, disable towers, or distract enemies. Double tapping a unit would morph it into a mech. The alternate form has a different set of stats and weapons.

On this map, I had chosen a roundabout path for my three assault hounds. Since assault hounds do more damage the longer they are engaged with the enemy, the path always had one or two towers in firing range. At first, my assault hounds fought towers that were in the open. Once things started to get close-ranged, I transformed the first assault hound into a hell hound and upgraded its armor. The assault hounds have a high rate-of-fire minigun, while the hell hounds have a short-ranged, damage-over-time flamethrower. I quickly became a fan of this combination. The first unit would start the fight by setting towers ablaze, and the second and third unit would finish them off. The upgraded armor allowed the hell hound to take the brunt of the assault and live. 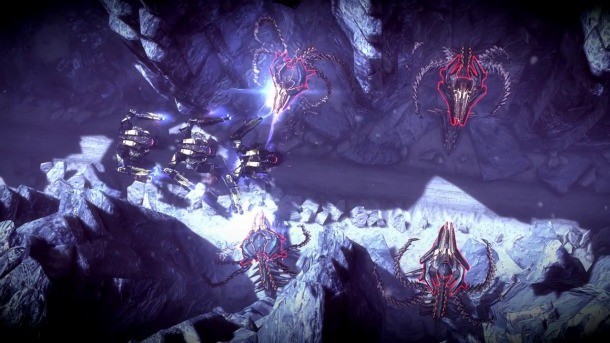 This tactic succeeded in destroying the towers with little damage to the convoy. On a much later level map, this tactic didn’t work nearly as well – my units were wiped out in minutes. However, overcoming the difficulty curve does not seem intimidating. With a host of strategic options, it’s easy to get creative with your attack, and the ability to adapt in a moment’s notice with transformations gives players some room for trial and error.

While I didn’t get to play it myself, Anomaly 2’s unique multiplayer looks interesting. Players take up control of convoys and towers in tower offense and defense. I’m interested in seeing how players take to playing tower defense in multiplayer. Anomaly’s attackers are far from the usual breed. Multiple paths and multiple unit forms will certainly pose a challenge for defense players.

Adapting and conquering is a staple of real-time strategy on the PC. Thanks to the hectic battles and variety of strategic options, Anomaly 2 can offer that experience on mobile devices. For more information and a trailer on Anomaly 2, click here. Anomaly: Warzone Earth introduced a unique twist to the popular tower defense. Anomaly 2 seeks to evolve that formula into something even better.