Tactical Trailer Highlights Special Alien Types
by Adam Biessener on Jan 30, 2013 at 09:26 AM 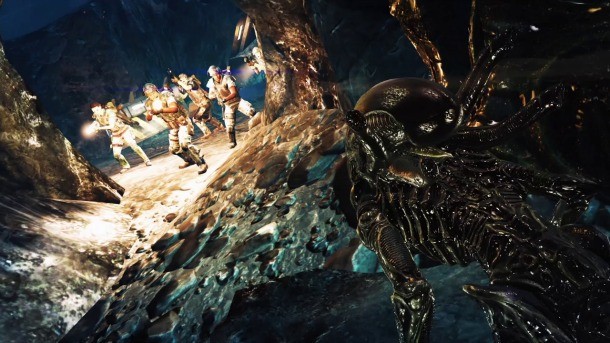 Nobody at Gearbox played any Left 4 Dead, no sir.

Just when you thought xenomorphs were bad enough, new types show up that spit acid, blow up when you shoot them, and resist tons of damage while charging your group and laying waste with brutal melee attacks.

Aliens: Colonial Marines comes out on Xbox 360, PlayStation 3, and PC on February 12. The Wii U version should be out shortly thereafter.