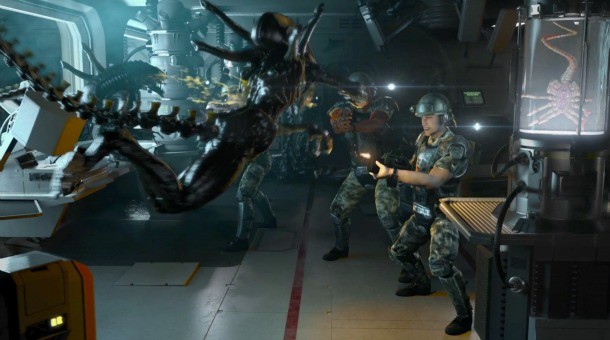 Humans look forward to the day when we have contact with an alien species, but this is probably not what anyone has in mind.

Sega and Gearbox Software's newest trailer for Aliens: Colonial Marines is actually an extended cut of an already released trailer, but it's worth seeing again.

Aliens: Colonial Marines comes out on February 12 for the Xbox 360, PC, and PlayStation 3, and in March for the Wii U.

For more on the game, check out this earlier video detailing the alien types.