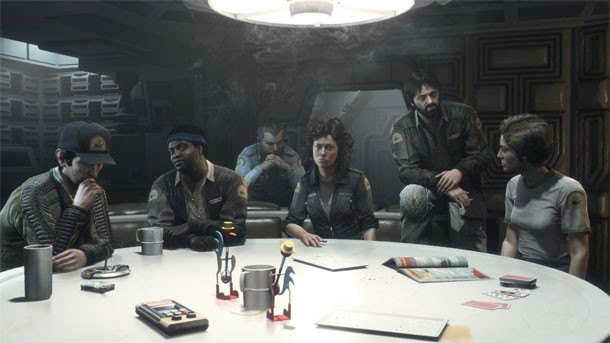 From everything we've seen and played of the game so far, The Creative Assembly is treating Alien: Isolation's source material, the 1979 Alien, with reverence. According to members of the film's cast, they knew that they were working on something special at the time, too. A new video shows actors including Sigourney Weaver, Harry Dean Stanton, and Tom Skerritt, as they look back on the film and toward the video game, where they're reprising their roles in special downloadable missions.

Yaphet Kotto, who played chief engineer Dennis Parker, likens Ridley Scott's film to other classic horror, like Frankenstein or Dracula. Tom Skerritt (captain A.J. Dallas) says in the video that there was a feeling on set that they were making a classic. Veronica Cartwright, who played navigator Joan Lambert, says that one of the most intriguing aspects of the game is the possibility that history could be rewritten. She teases that maybe she'll get a chance to survive this time around.