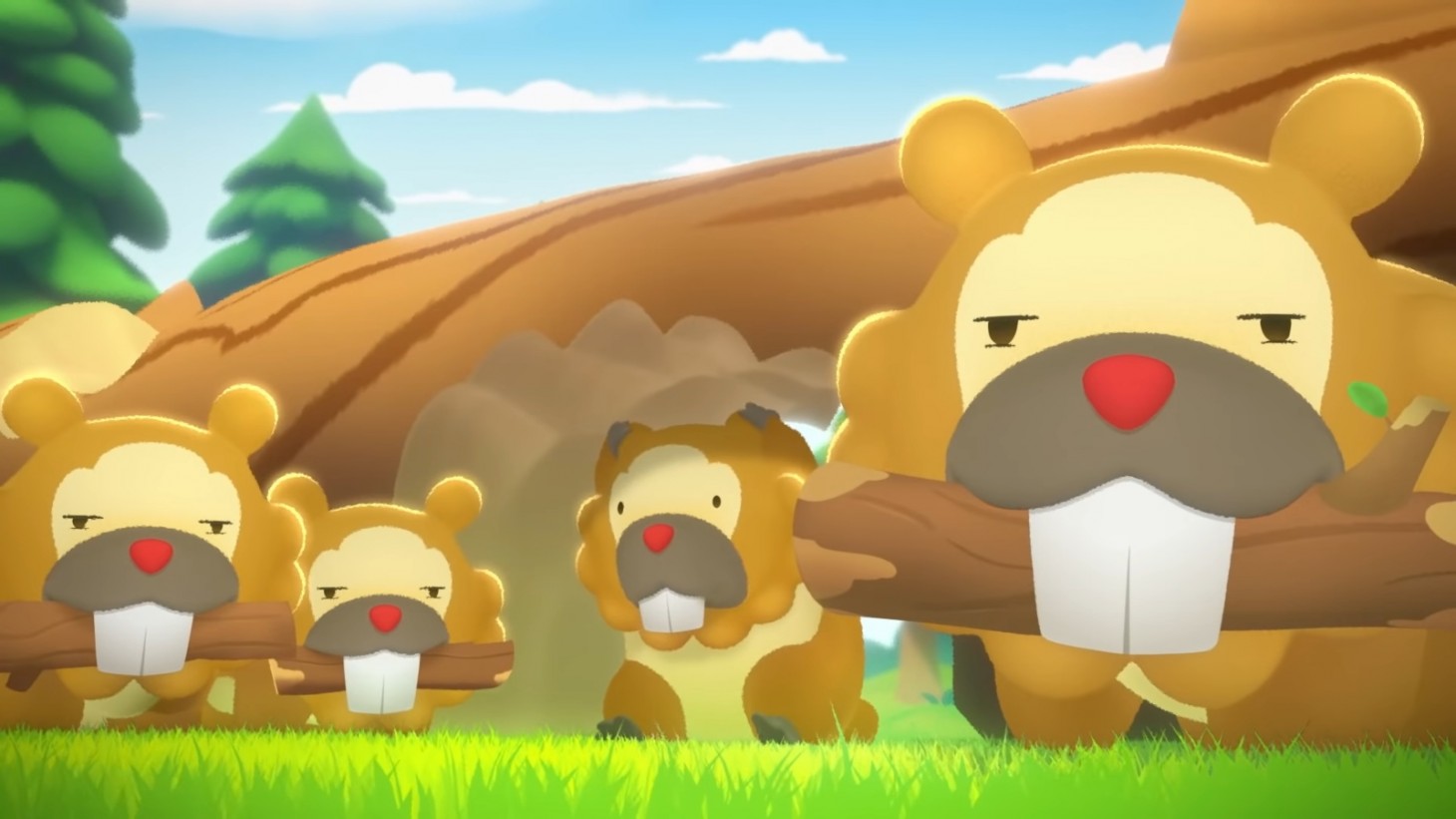 The last few years have seen Bidoof emerge as one of the more popular Pokémon in the fandom. Not so much because The Pokémon Company has rolled out the red carpet of marketing for it as often as it does for Pikachu and Eevee. Nay, it has largely been fans that have willed Bidoof to the stratosphere thanks to a plethora of cute memes and tributes. The Pokémon Company is leaning into this movement, releasing a charming animated short called Bidoof’s Big Stand.

The eight-minute story stars a cowardly and accident-prone Bidoof who just can’t seem to do anything right, much to the chagrin of its fellow Bidoof and other wild Pokémon. It’s not until a chance meeting with a human trainer that it realizes its true potential. If you proudly identify as a Bidoof stan or simply need a cheerful pick-me-up, Bidoof's Big Stand offers a cute and humourous tip of the cap to the beaver-like critter.

If the animation has you pining to capture a Bidoof of your own, you're in luck! You can find plenty of them roaming the Sinnoh region in the recently released Pokémon Brilliant Diamond and Shining Pearl. With any luck, we’ll also bump into a Hisiuan version in the upcoming Pokémon Legends: Arceus.