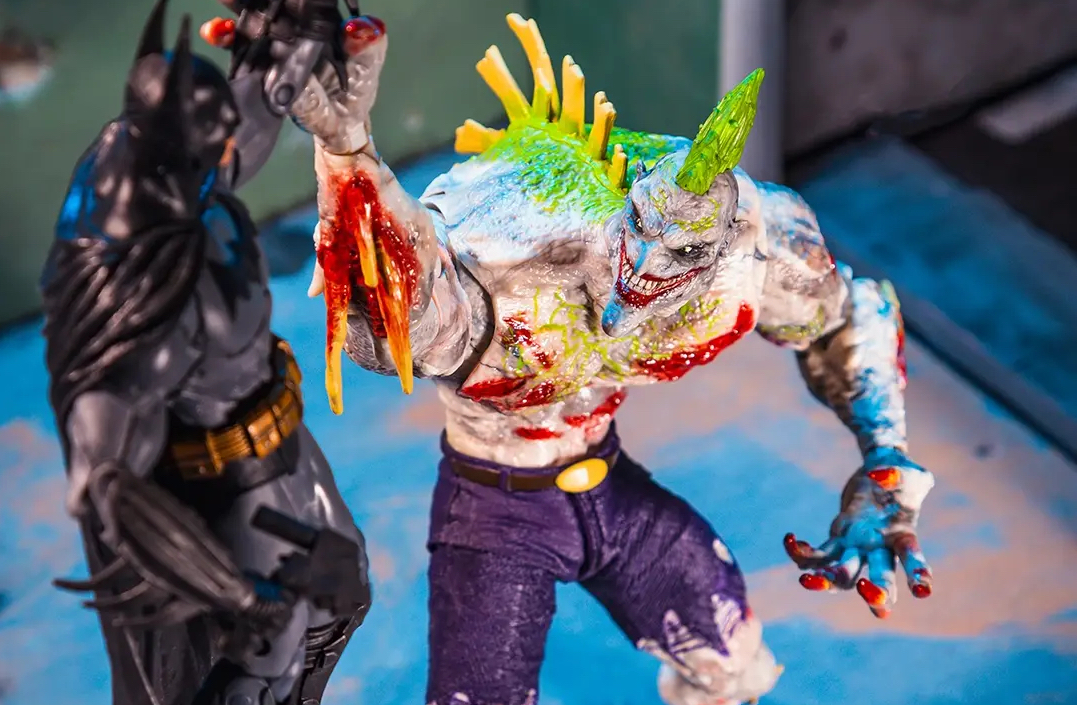 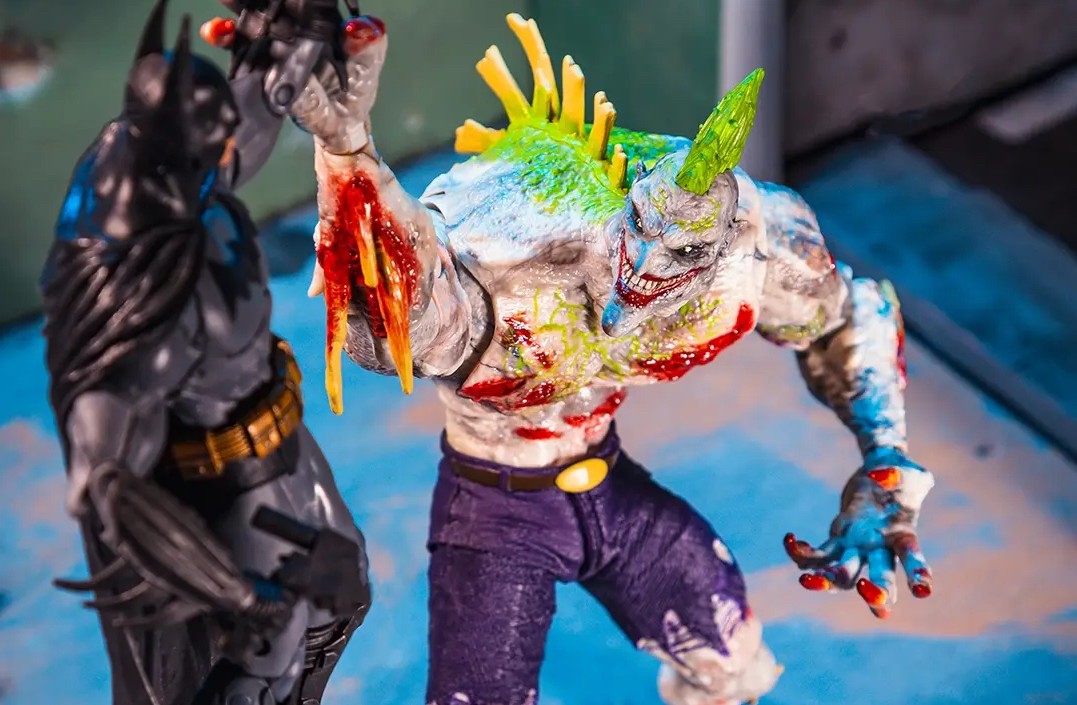 New Batman comic books release each week, and we are also frequently treated to new movies and animated shows that put the Caped Crusader in the spotlight. With so much new Batman material to pull from, it's amazing that toy manufacturers are still turning to 2009's Batman: Arkham Asylum video game for new action figures.

McFarlane Toys is the latest company to create an awesome (and terrifying) figure from this dark game. Falling into McFarlane's DC Multiverse line, fans will soon be able to get their hands on the monstrous and hulking Titan Joker action figure. If you played the game, you know The Joker ingested a chemical compound called Titan to try take down Batman. That plan didn't go so well, which becomes a plot point for the sequels.

McFarlane shared a first look at this mega-scale figure on Instagram: 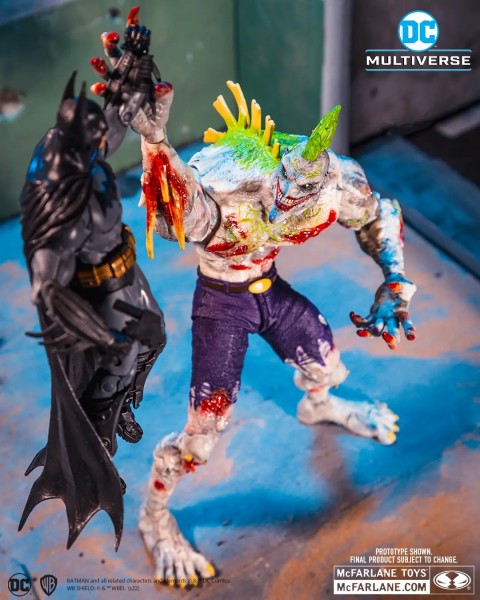 Other than this tease, McFarlane hasn't shared any details regarding release time frame or pricing. The Batman figure that Titan Joker is holding retailed for roughly $25 when it released a couple of years ago. The Titan figure should be considerably more than that.

McFarlane Toys has a long history of making awesome video game collectibles. You can check out some of the company's other offerings here. 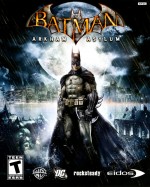