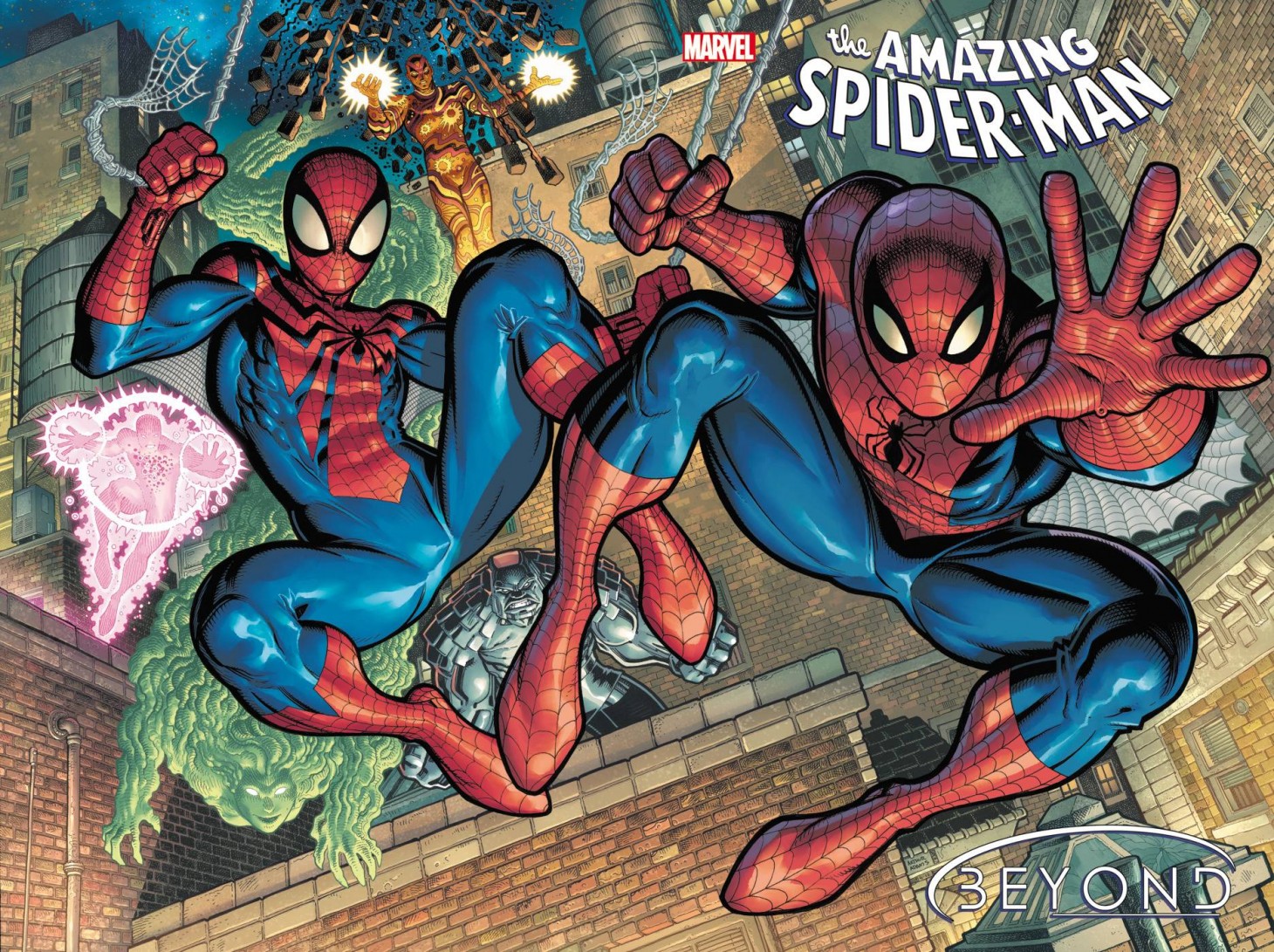 Want To Get Into Spider-Man Comic Books? Today's New Release Is A Good Jumping On Point

You know this is a loaded question if you read comics, especially when applied to Spider-Man's main continuity, running since the 1960s. Marvel provides a good jumping-on point for readers every few years, usually within the flagship The Amazing Spider-Man series. The openings for new readers most commonly appear with a change in the creative team. That happened today within The Amazing Spider-Man's 75th issue. Nick Spencer's long and incredible run on the book is over, and the narrative webbing is now in the hands of Zeb Wells, who is joined by artist Patrick Gleason to kick off a new era of Spider-Man stories.

Without giving away too many spoilers, this new jumping-on point sees Peter Parker swinging down New York's streets with another Spider-Man character in an all-new suit. The story is titled "Beyond," and it will run through 19 issues. You'll go through those issues quickly, as Marvel is upping Spider-Man's release frequency to thrice a month. Different creative teams will handle specific chapters, like issue 77 written by Kelly Thompson with art by Sara Pichelli.

Although this is technically a good starting point for readers, it's built on decades of other stories, and there's no getting around that history. Marvel does an excellent job of relaying critical information to ensure the reader isn't confused and focuses intently on moving Peter's story forward into new territory.

It's a fun read, and I have a feeling this issue will sell out fast, so get to your comic story as quickly as you can. You obviously don't have to worry about that if you read the digital edition. If you grab this book, let me know what you think of it in the comments section below. For the Spider-Man game fans out there, that new suit has to be in Insomniac's forthcoming Marvel's Spider-Man 2.