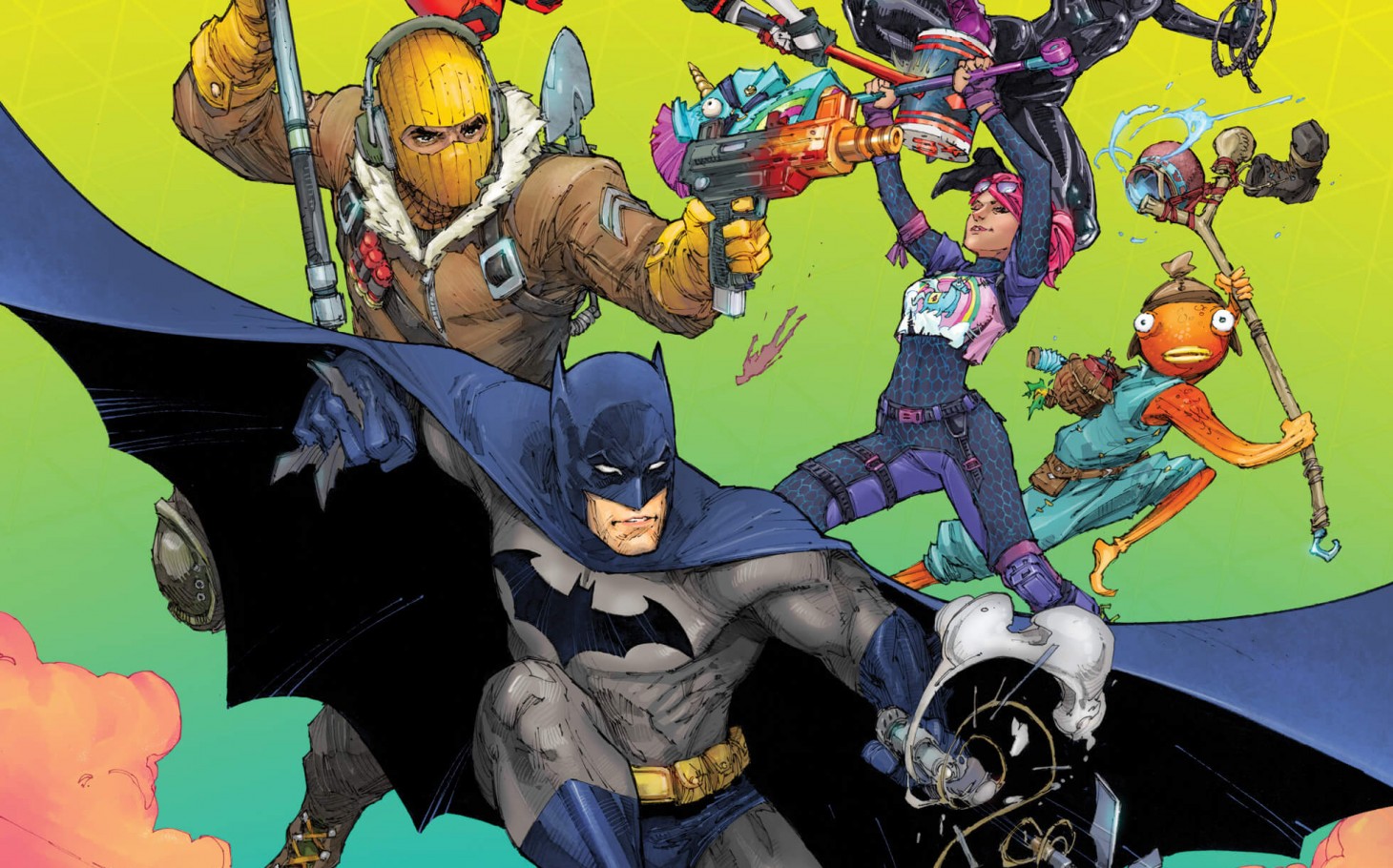 Big Fortnite Secrets To Be Revealed In The Batman/Fortnite: Zero Point Comic Series

Fortnite's Zero Point event may have concluded in the game, but it's just getting started in comic books. The six-issue Batman/Fortnite: Zero Point series by DC Comics will deliver "big reveals" for the battle royale's lore, and readers of the print edition will also receive codes for in-game items, such as new outfits for Batman and Harley Quinn.

The first issue is out today, with the next installments hitting twice a month (issue two arrives on May 4). I had a chance to read through the first issue, and thought it was quite clever, playing up both Batman's detective skills in interesting ways as well as holding true to how Fortnite operates as a video game. One of the biggest callouts to the game is that none of the characters speak once they are on Fortnite's island. Instead the reader hears what Batman is thinking, but never once will you see him even attempt to communicate verbally with another character.

The story begins with Batman getting sucked into a portal that relocates him from Gotham to the island. Not only is he taken aback by his new surroundings, he can't remember anything – his memory has been wiped clean. His intelligence, fighting prowess, and general line of thinking are the same, but everything else is blurry. He doesn't even know who Catwoman is when he meets her, yet he thinks she looks familiar.

Holding true to the game, every 22 minutes that follow, when the storm fully constricts on the island, Batman goes back to square one, forced to battle again and try to figure out as much of this island's mysteries as he can before the next reset. Much like the movie Momento, he realizes he can leave himself clues on inanimate objects to help piece together what is going on. You can see some of this in the trailer below:

The Batman/Fortnite: Zero Point story comes from the minds of famed comic writer Christos Gage and the equally revered artist Reilly Brown. I had the opportunity to speak to both of them last week, and while they both said they never played Fortnite before taking on this job, they were brought up to speed on the game universe's lore by Epic Games' chief creative officer Donald Mustard, who also illustrated a variant cover. The standard edition covers are created by Mikel Janín.

Mustard didn't just give this creative team the general premise to work from; he wants this comic's story to reveal new parts of Fortnite's lore. Gage says that even though Batman is our viewpoint into this Fortnite story, we will also see it from another perspective in a future issue.

"In issue three – the Snake Eyes crossover issue – I tried something experimental. Since we're in a story where no one can talk, and since I've done plenty of Batman thought captions, I thought, 'Let me tell this issue from the point of view of someone who works for the people who control Fortnite island.' This is an unnamed person who is responding to what is going on and is saying, 'Okay, Batman is figuring things out a little quicker than we would like, so we need someone more formidable to distract him. Bring me a great warrior.' He's basically sending an inner office memo to acquisitions. Snake Eyes then shows up. It was a fun challenge to say, 'How do we give a little insight into what it's like to be a shadowy group that controls Fortnite island without actually revealing anything we're not suppose to reveal.'”

Getting a look behind Fortnite island's operations is interesting in its own right, but there's supposedly much more to learn. Gage says that Fortnite fans should read issues four, five, and six for the "big reveals." What could these be? Gage and Brown wouldn't say, but kept saying they will likely be meaningful for players.

A big part of the first issue’s appeal is seeing the island come to life in panels. Brown has a keen eye for the locations that players will immediately recognize, and he also doesn't shy away from jamming as many Fortnite characters as he can into any given fray. You'll see a good number of familiar faces battling aside or against Batman.

"I've been thinking about where these characters come from, what their world is like," Gage adds. "In your head you have to put yourself in their place. Is Peely from a world of sentient bananas? Are they all bananas or are they all kinds of fruits with personalities and arms and legs? Or is he some kind of mutant or construct? I do this with every character. They are amazingly designed and there's so much story potential with all of them."

A walking banana is obviously strange, but Brown says that character fits right in with the world of superheroes. "If you look at characters from our universe, like Batman and Catwoman, they don't look any less crazy than Fortnite's characters in costumes," he says. "Is Cuddle Team Leader the Batman of her universe? Or is she just there to promote the pink bear frozen yogurt? I don't know. [laughs] I'd love to see more from all of their backstories."

Both Gage and Brown would love to revisit Fortnite for more comic books after this Zero Point series concludes. Nothing against Batman, but Fortnite deserves its own independent run that gives us deeper insights into its fascinating universe. The games do a great job of building up mysteries and an even better job concluding them in shocking ways, but the story has been tough to track and the characters don't get nearly enough development. An ongoing comic series would be a great way to deliver that info. 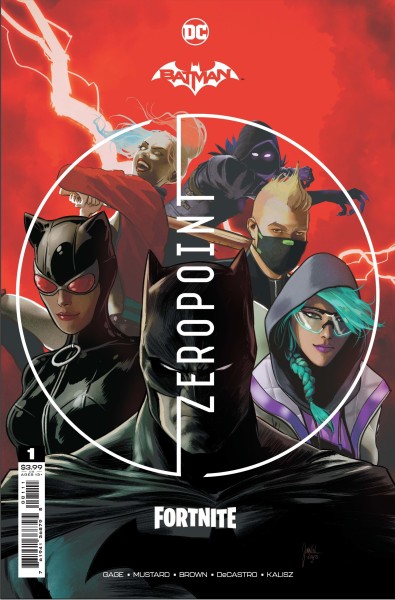 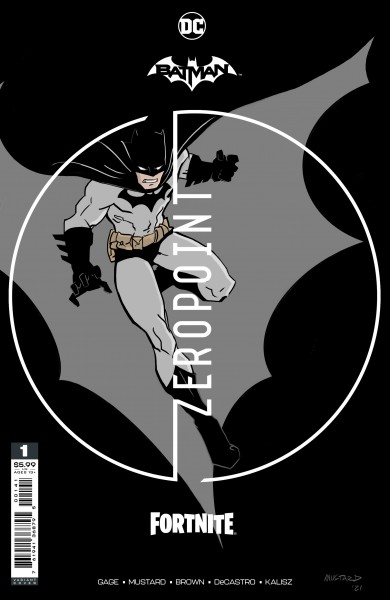 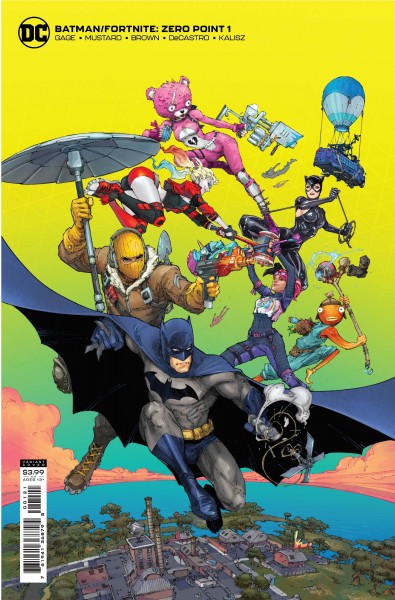 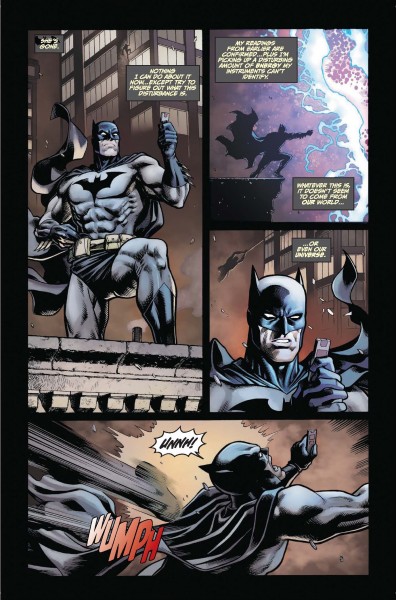 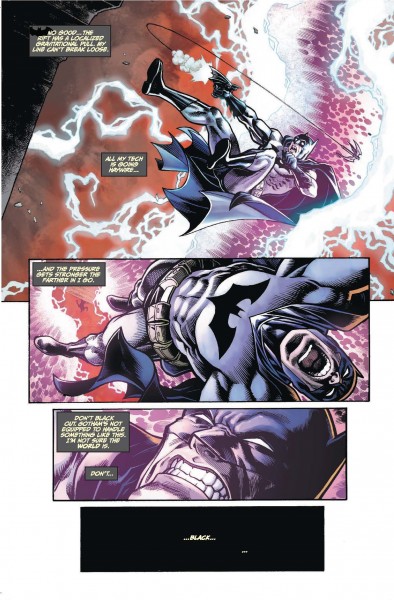 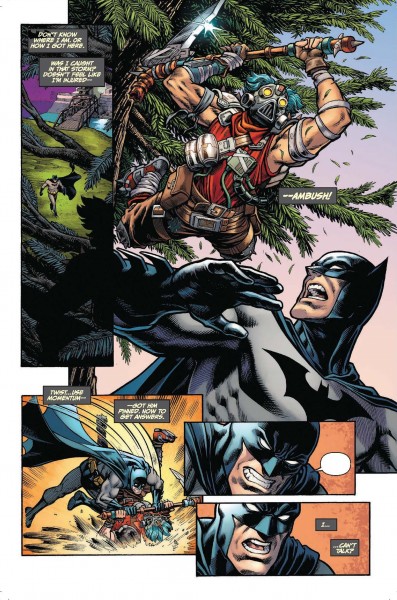 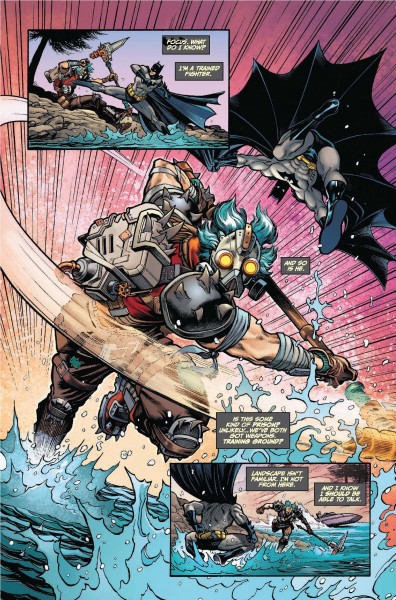