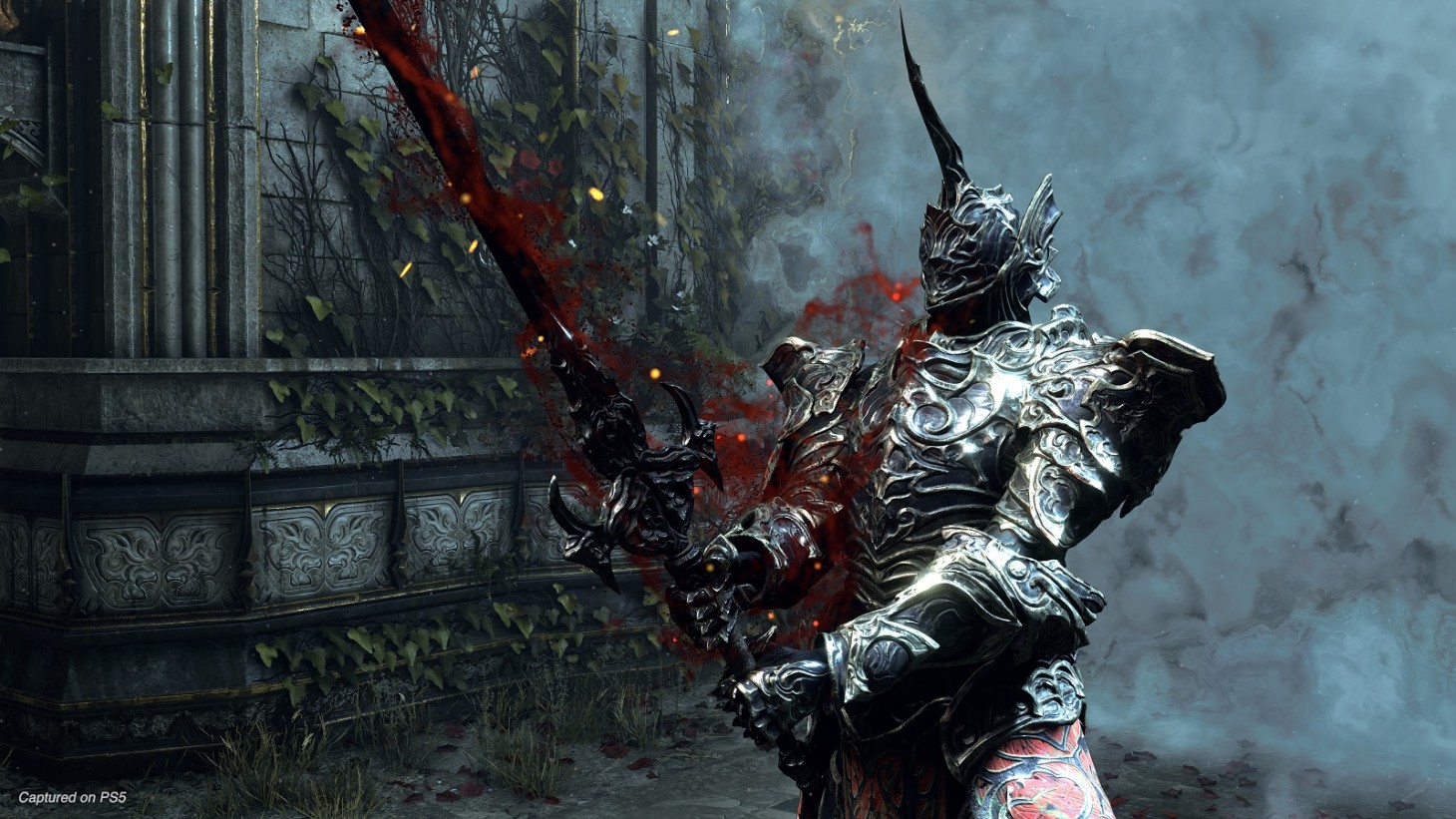 Demon's Souls On PS5 Has A New Secret

The PlayStation 5 exclusive Demon's Souls released last week, and players have been exploring Boletaria's mysteries in earnest since then. Check out our review for more. However, as players took on the Flamelurker, climbed Latria's spires, and made their way through the rainswept islands, one thing became clear. Bluepoint had added something new to the game, an illusory wall in area 1-3 that had never been there before. In Demon's Souls, illusory walls (walls that you need to attack in order to proceed behind them) were a mechanic/feature that was typically reserved for stages connected to the Archstone of the Shadowmen and the Shrine of Storms. Well, no longer.

If you proceed in 1-3 just a little bit past the Tower Knight boss, you'll come to a series of backalleys. You will need to have beaten any Archdemon in the game to do this, so you must "complete" one of the other worlds to pass through the door past the Tower Knight. This is basically the only area locked off in the game, keeping new players from accidentally going to one of the extremely lategame areas early on, as the knights, officials, and even regular soldiers in this area are tuned to destroy even well geared and high level players. However, this side area is quite quiet. At the end of a backalley, there's a wall. No big deal. Hit it, and it reveals a new door, a door that was not in the original game. However, the door is locked, and as of today, no one has figured out how to get past it. Curious players have used photomode to peek behind the gate, leading out to an open area that may contain an item. What is it? Nobody has figured that out yet. I messed around with the door a little myself over the weekend, trying various armor sets and the From Software icon Moonlight Greatsword (called the Large Sword of Moonlight in Demon's Souls) to try to see if the door would open. No luck!

It's likely that this is something similar to Bluepoint's previous easter egg that they placed in the Shadow of The Colossus remake. However, until someone figures out how to do it, we won't really know! Does it require a no hit run? All trophies unlocked? Holding exactly 79 souls in your inventory when you go to the door? No one really knows, but this mystery shall probably be solved soon enough as the voracious Souls community digs in deep. I don't expect this secret to stay hidden for long. What do you think is behind the door?