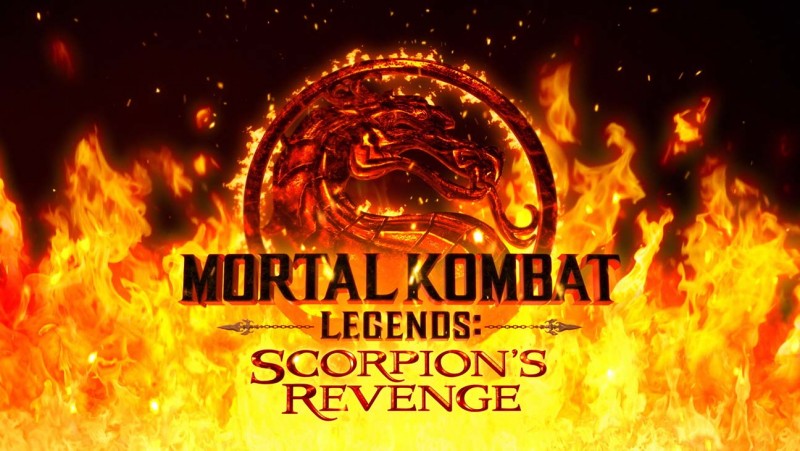 A live-action film is set to debut in 2021, but fans won't have to wait long to enjoy a cinematic adventure set in the brutal universe of Mortal Kombat. Warner Bros. Animation has announced Mortal Kombat Legends: Scorpion's Revenge, an animated film following many of the series' most iconic characters.

Scorpion's Revenge features a seasoned cast of voice actors and television stars, headlined by Community's Joel McHale as Johnny Cage and Dexter's Jennifer Carpenter as Sonya Blade. Light as a Feather's Jordan Rodrigues will reportedly step into the role of Liu Kang, while Patrick Seitz and Steve Blum reprise their roles as Scorpion and Sub-Zero respectively. Darin De Paul, who played J. Jonah Jameson in Insomniac's Spider-Man, as well as Reinhardt in Overwatch, takes over the role of Quan Chi. Other actors include Robert Atkin Downes as Kano, David B. Mitchell as Raiden, Ike Amadi as Jax, and Grey Griffin as Kitana. Additionally, Kevin Michael Richardson, who provided the booming voice of Goro in the 1995 live-action film, will return to that role for Scorpion's Revenge. Mortal Kombat co-creator Ed Boon is also working with the team as a creative consultant.

Mortal Kombat Legends: Scorpion's Revenge is scheduled to release in the first half of this year.

[Source: The Hollywood Reporter, Revenge of the Fans]