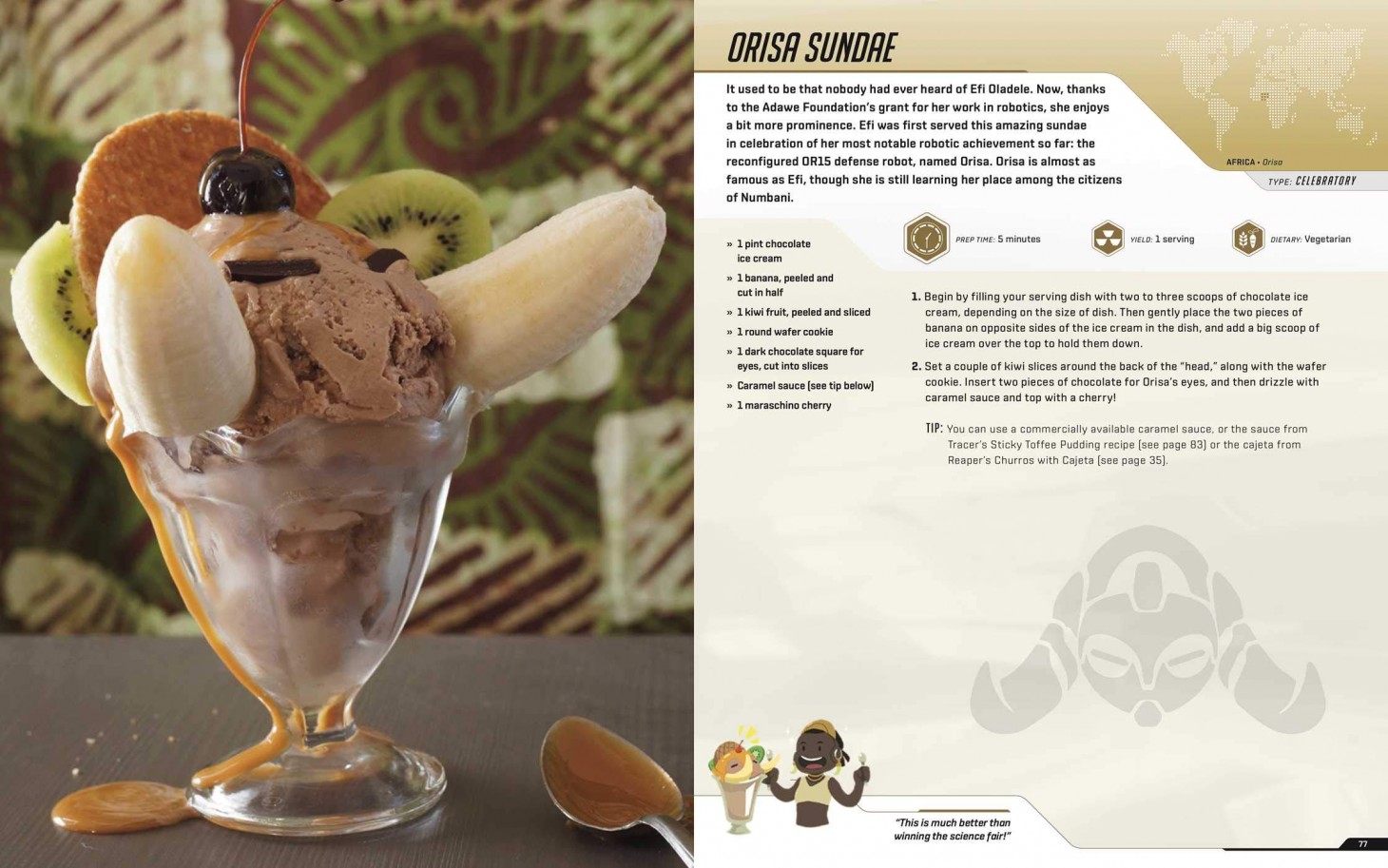 Have you ever wondered what Mercy and Reaper eat after a night of competitive play? Of course you haven’t, but now you can find out some of their favorite meals through the official Overwatch cookbook. Along with dishes that are themed after the look of the characters, many of 90 recipes in the book are tied to Overwatch’s lore. No, I'm not kidding. You can make the milkshake that Soldier 76 grew up with on the farm, or the sundae that Efi ate after she reconfigured Orisa.

The connections to the world are obviously just there for fun, but they do make you think about who the characters are as you look at the recipes that are inspired by them. Each recipe gives a prep time, how many servings it makes, and the dietary designation, along with the ingredients and steps to make it. 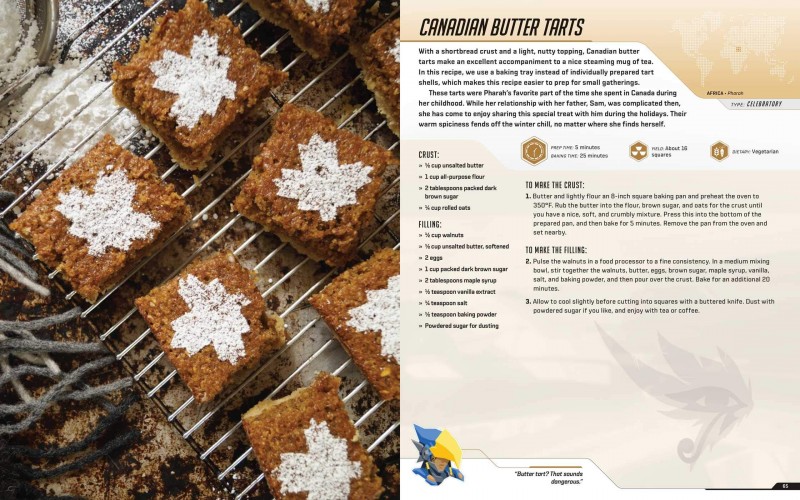 Did you know that Zenyatta and the Shambali monks were unable to eat, yet still used food, like sesame sweets, to spread empathy and peace across the world? This book is penned by Chelsea Monroe-Cassel, who has also made official cookbooks for World of Warcraft, The Elder Scrolls, Game of Thrones, Firefly, and Hearthstone. The book is a hardcover that is published by Simon & Schuster and will arrive on October 1 for the MSRP of $35. 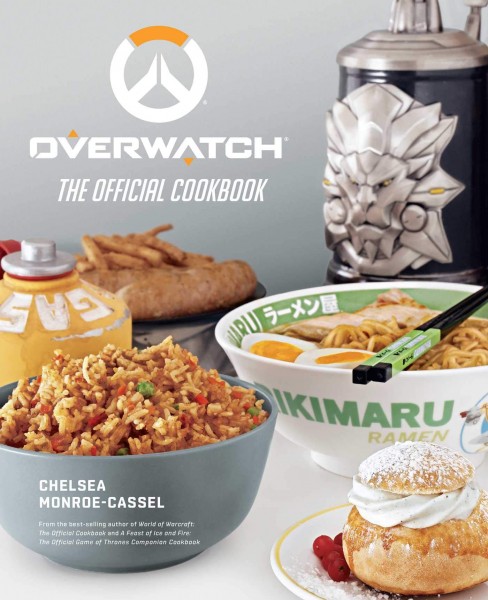