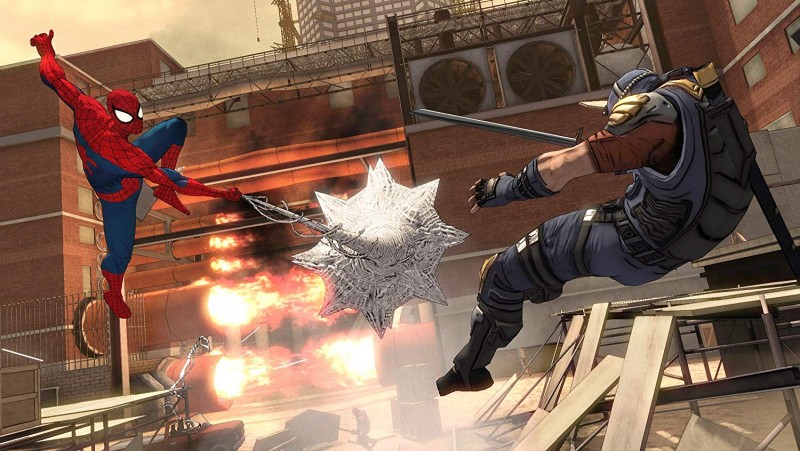 How well would you say you remembered Activision's slate of Spider-Man games from the mid- to late-2000s? The company certainly produced a lot of them of varying quality, so they can tend to blur together a bit. One of those games, however, ended up inspiring the source material for last year's seminal Into the Spider-Verse film.

Last night on Twitter, just before Into the Spider-Verse won its Oscar for best animated film, Marvel comics writer Dan Slott started talking about the inspiration for the original comic run for the Spider-Verse arc. It turns out that the idea actually came from a visit to Activision studio Beenox to take a look at their 2010 Spider-Man game Shattered Dimensions.

#SpiderVerse origins:
6/9/09, @Beenox studios flew me to Quebec to show me their new game in development: Spider-Man Shattered Dimensions so I could write the story around it. It'd involve Spidey, Ultimate Spider-Man, Spider-Man Noir, & Spider-Man 2099, all in one big adventure. pic.twitter.com/HFQdozpvo6

In 2009, after Beenox had fully mapped out the story for the game, they invited Slott to take a look at the title and get his feedback on the story. Shattered Dimensions brings together different Spider-Men in various gameplay and art styles, like Spider-Man Noir and Spider-Man 2099. Slott fell in love with the idea of a massive Spider-Man crossover story with dimension hopping webslingers from different Spider-Man runs. He called his editor to tell him they needed to do something similar but bigger.

Slott recalls the various bumps on the road, and the Doc Ock storyline threw a fairly lengthy wrench into the works by taking so long, but eventually they were able to have the massive Spider-Verse idea happen with Peter Parker and Miles Morales at the heart of it. This ended up being the source material for Sony Pictures' Into the Spider-Verse movie, which certainly could have also been nominated for best picture at the Oscars without anyone batting an eye.

And it all started with Beenox's game.